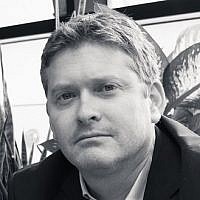 The Blogs
Dorian Barak
Apply for a Blog
Advertisement
Please note that the posts on The Blogs are contributed by third parties. The opinions, facts and any media content in them are presented solely by the authors, and neither The Times of Israel nor its partners assume any responsibility for them. Please contact us in case of abuse. In case of abuse,
Report this post. 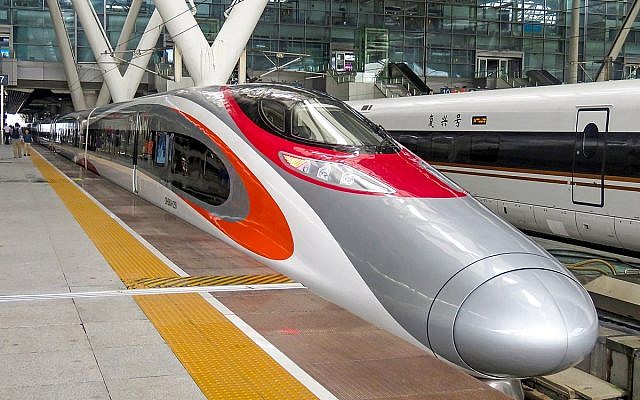 Infrastructure has dominated discussions of China-Israel business ties in recent weeks, displacing the focus on technology that generally frames China-Israel news. The catalyst is a 2015 agreement to have a Chinese company privately manage part of the new Haifa port starting in 2021. In response to US concerns, Israel has agreed to review the agreement.

The Haifa port agreement is far from the only infrastructure project involving China and Israel. The list includes ports, light rail projects, train routes, highway tunnels, power stations, housing complexes and desalination sites across the country, not including the much-discussed Red-Med train that the Netanyahu government envisions Chinese companies developing into a land alternative to the Suez Canal.

These two projects are the inter-city trains that rolled down the tracks for the first time in both countries in late September, after overcoming a decade of financial, environmental, political and safety obstacles. The first train links the capital of Jerusalem with the business center of Tel Aviv. The second connects Hong Kong with three of mainland China’s fastest growing urban economies: Shenzhen, Guangzhou and Dongguan.  They share many similarities, not the least of which is their nearly simultaneous opening and importance they will have to expanding two of the world’s great technology centers.

The Chinese train is the centerpiece of China’s Greater Bay Area (GBA) strategy, an ambitious attempt to integrate Hong Kong, Macau and nine adjacent mainland cities into a single economic zone. The GBA positions each city as a “partner” in an enormous economic zone, leveraging each municipality’s strengths (e.g. Hong Kong’s financial services; Guangzhou’s trade fairs; Dongguan’s manufacturing and new hi-tech clusters) to accelerate economic growth. Like the San Francisco Bay Area, the GBA economy will be driven by innovation. As Sam Chester has written in this forum, the Chinese government has mapped out a “Chinese Silicon Valley” anchored in the city of Dongguan and including the megacities of Guangzhou and Shenzhen.

The success of the GBA hinges on connecting this emerging Chinese technology hub with the wider region and the outside world. Dongguan is a good example of the virtuous circle that is underway in the GBA between infrastructure and innovation. As China’s biggest manufacturing center, Dongguan’s transportation infrastructure was historically ports and industrial rail, linking factories and shipyards. Products, not people, were critical to the local economy. It was easier to reach factories in the Chinese hinterland than neighboring high-rises in Hong Kong.

This is no longer the case. Dongguan’s new infrastructure is designed to support the city’s emerging technology ecosystem. New highways link the city with international airports in Guangzhou and Shenzhen. An entire business district has been created from scratch and populated with hi-tech accelerators, corporate offices, and testing facilities. And thanks to the new train, Dongguan is now only thirty minutes from Hong Kong.

Infrastructure like the new train not only make it faster to reach mainland cities like Dongguan, but also serves as a guidepost for companies seeking to enter or expand their operations in China. For these companies, the train serves as a giant arrow pointing at cities like Dongguan, highlighting that this location combines the easy access, cost incentives, technology resources and of course mobility to warrant opening a corporate office. Companies are already following suit – in 2018 alone, leading Chinese technology companies like Huawei, Oppo and Kuang-Chi opened major offices in Dongguan, alongside international arrivals from Taiwan, Germany and Israel.

Hong Kong is not Tel Aviv and Dongguan of course is not Jerusalem. But the experience in southern China has many parallels to the new Tel Aviv-Jerusalem high-speed train and efforts to better integrate  Israel’s two major population centers into a single market. Over the last decade Jerusalem has created a dynamic technology scene, leveraging academic research and committed local entrepreneurs into hundreds of technology startups, in particular in the life sciences.  Nevertheless, Jerusalem remains somewhat of a commercial backwater, lacking in financial infrastructure, human capital, and the critical mass of accelerators, incubators and workspaces that so mark Tel Aviv as Israel’s startup-central.  The new train linking Jerusalem with Tel Aviv, once fully operational this year, has the potential to bring Jerusalem much closer to the capabilities that resides in Israel’s coastal business clusters. If it is properly integrated with local transport in the Greater Tel Aviv region, the train can make Jerusalem as accepted as a commute as Tel Aviv is for residents of the center and north of the country.

And like in the Greater Bay Area strategy, the Jerusalem train is already serving as a giant arrow, directing traffic to Jerusalem and pointing the way to the next chapter in the Start Up Nation’s expanding innovation economy.

About the Author
Dorian Barak is a private equity investor and asset manager focused on emerging markets. He is CEO of Indigo Global, which advises strategic investors and funds on investments and acquisitions.
Related Topics
Related Posts
Comments