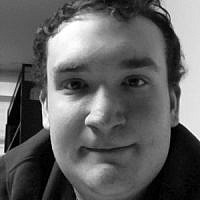 Watching the ordeal of Kim Davis, the recalcitrant Rowan County clerk who has refused to issue marriage licenses because of religious objections, I can’t help but conclude I’m watching the final roar of a dying lion. The curtain is at long last closing on Jerry Falwell’s so-called “Moral Majority” coalition, and on the political lines it drew. The Christian Right is almost out of cards, and I can’t say I’m displeased.

If Kim Davis and Donald Trump are indeed the final manifestations of Reagan’s America in opposition, then it stands to reason the coalition of the future will be a liberal one. There will certainly not be consensus on contentious issues such as taxes, health care, and trade; what separates progressives from moderates, and moderates from conservatives, will still be around to haunt and entertain us. But the locus of social debate, the position of the political center, has shifted leftward in a fundamental way.

How can any reasonable person deny this? In 1985, a Gallup poll found only 23% of Americans wanted to legalize cannabis. Today, a consistent majority of Americans favor legalization. Similar majorities can be found for liberal causes from criminal justice reform to same-sex marriage. Those majorities, of course, increase when only factoring in millennials. The era of Nixon, Reagan, Moynihan, and Guiliani is over.

Trump, and Davis’s main booster Mike Huckabee, are selling a delusion to desperate people clinging to the past. They refuse to acknowledge that liberals have become a majority, and that the clock isn’t turning back. Take a close look at Trump’s campaign slogan: “Make America Great Again”. Who, pray tell, has diminished its greatness?

With this in mind, I hope moderate Jewish supporters of Israel stayed far away from the ZOA-sponsored rally in DC today against the Iran deal. The rally, which featured the Donald, Ted Cruz, Mark Levin, Sarah Palin, Phil Robertson (of Duck Dynasty fame), and other far-right reactionaries, appears to have been an underwhelming show of force. Thank goodness.

Now that the fight over the Iran deal is over, pro-Israel advocates should allow time for wounds to heal (and let’s stop the nonsense about “unity”: there was an ugly battle between Jews and it can’t be wished away) and regroup around an effective strategy. One critical component of such a strategy, in addition to rebuilding bipartisan support, is ensuring pro-Israel politics has a future coalition. It’s all well and good that a shrinking number of white churchgoers in the South and the Midwest support Israel, but relying on them is the political equivalent of investing one’s entire savings, retirement included, in the Chicago Tribune.

I support Israel, but I’m also a liberal. I find Mike Huckabee’s worldview utterly repellent and take comfort knowing the facts on the ground are running against him. As someone who follows the news out of Israel closely, I’m also aware the Jewish state is a liberal society, albeit one faced with numerous social and security challenges. The average American will simply not engage with Israel the way you and I do. Which is why any perception that Israel is a cause primarily of the religious Right is so dangerous and must be avoided at all costs.