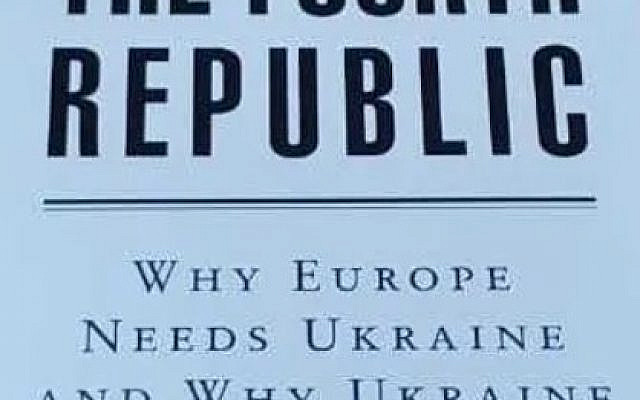 “On the way to Europe, we still have to find the right words, the right tactics and strategy in relations with the world into which Ukraine wants to integrate. Why do I think this time will be different? The people of Ukraine have done their part of the work.” This is a quote from the book “The Fourth Republic”, published in 2016.

Its subtitle is “Why Europe needs Ukraine, and Why Ukraine needs Europe.”

From partnership with Ukraine as a candidate, and in the future as a member of the EU, Europe, no doubt, will only benefit. Moreover, it will be in three key areas at once: in security, economy and in strengthening the system of values.

Yes, Ukraine is fighting now not only for the European perspective, but also for its own survival. However, it all began eight years ago with a sincere impulse to move towards the EU. It is difficult to imagine any other European country where people would be just as ready to sacrifice “body and soul” for their freedom.

I think that our effectiveness as a defense line protecting Europe from the aggressor, located at the opposite civilizational pole, is already obvious to everyone.

Our economic partnership has no less ambitious prospects. Much will have to be restored or rebuilt after the war, already according to the European model. Ukraine will definitely do its homework and bring the drive to Europe that we have in abundance, but Europeans often lack.

Europe needs Ukraine as much as Ukraine needs Europe.