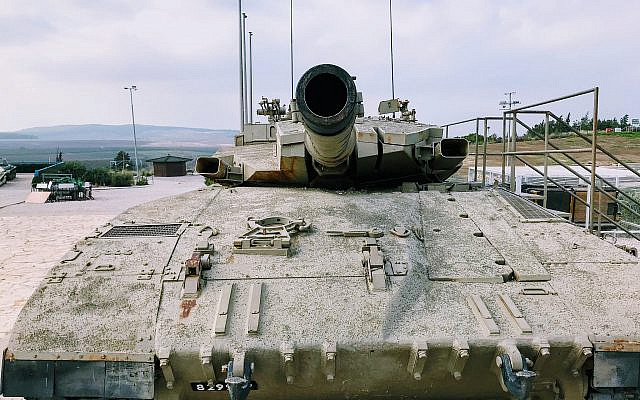 Over the course of our history, the Jewish people have grown from a passive and helpless people during 2,000 years of exile to become, once again, an assertive and strong nation in the Land of Israel as we once were in the days of Joshua, King David and the Maccabees.

During our long exile, the Jewish people have known the sword of the Crusaders and the fires of the Inquisition as well as numerous wars from Israel’s Arab neighbors and endless terrorism by the PLO, Hezbollah, and Hamas. This in addition to thousands of years of religious persecution, pogroms, expulsions, subjugation and oppression. We suffered genocide perpetrated by Nazis, but it’s not over, as even now we face an ongoing existential threat of nuclear Holocaust by the radical Iranian mullahs.

Yet even as we earnestly strive for peace and world betterment and await the completion of the fulfillment of our redemption, we must free ourselves from the historical despondency and helplessness that we, as Jews, have known throughout our exile when we were under the dominion by foreign kings and rulers. Times have changed for us, thank G-d, and we have our own sovereign state, Israel. As the early brave pioneers in the Yishuv (the Jewish community in Palestine) fought for our national independence, we too must now stand up tall and proud to be a free people who can and will defend ourselves. The father of modern Zionism, Theodor Herzl envisioned a time when “We shall live at last as free men on our own soil and die peacefully in our own homes.”

But until peace is achieved as well as to maintain the peace, the founder of the Zionist Betar movement and the Irgun Jewish underground, Ze’ev Jabotinsky, talked about the building of an “Iron Wall” of Jewish defense. Moreover, the first Israeli Prime Minister, David Ben-Gurion affirmed that in order to survive as a nation, we must have an “Impregnable wall of Jewish might and deterrence.”

To complete our national redemption, we learn in the Torah from our forefather, Jacob, that while personally, he was initially a quiet and passive person—perhaps as we were helplessly so in exile—Jacob changed! In preparing to meet Esau, who had threatened to kill him, Jacob ended up struggling with a man/angel and defeated him. In the process of this, he was transformed into a man of ability who could fight for his own survival. Therefore G-d changed Jacob’s name to Israel (Genesis 32:28):

…for you have striven with G-d and with men, and you have prevailed.

As Emmanuel Navon describes in the book “The Star and The Scepter,” the key to Jacob’s metamorphosis from submissiveness and helplessness to assertiveness and power was his standing up to fight when his life depended on it, and thus the name Israel is anchored in our own self-reliance and self-defense as we yet maintain our ultimate faith and reliance on G-d Almighty to help us even when we are vastly outnumbered or outgunned.

Certainly, it is critical for us to actively seek out good people of all nations, races, and religions to be our friends and partners in peace. As Jewish people, we deeply want friendly, constructive, and peaceful relations with everyone as well as to work towards the overall improvement of our world. Of course, we long and pray for peace and the fulfillment of the prophecy (Isaiah 2:4):

And they shall beat their swords into plowshares and their spears into pruninghooks; nation shall not lift up sword against nation, neither shall they learn war anymore.

As we eagerly look towards our full redemption, the time of Mashiach, and the ushering in of a divinely inspired peace and prosperity for all mankind, we recognize already our people’s miraculous return to the Promised Land of Israel after a long and painful exile as well as the ingathering of the exiles from “the four corners of the earth.”  This has brought us closer than ever to the ultimate days when as it says in the Aleinu prayers:

They will recognize and know—all the inhabitants of the world—that every knee should bend to You, every tongue should swear [by Your Name]. Before You, L-rd our G-d, they will bow and prostrate themselves, and they will give glory to Your Name; and they will all take upon themselves the yoke of Your kingdom.

In the end, we need to be as faithful as “Jacob” and as strong as “Israel.” As we learn in the Torah and from the rest of Jewish history: inside every Jacob, who just wants to serve G-d in peace as the “People of the Book,” there is also a determined, strong, and brave Israelite fighter and innovator who can stand up for his people and his faith. This is clearly part of the sanctification of G-d’s name (“Kiddush Hashem”) when we appropriately assert Jewish respect and power in the face of our adversaries, and we set aside the “Galut mentality” of fear and passivity to boldly face the attacks of our enemies and confront the challenges of our time.