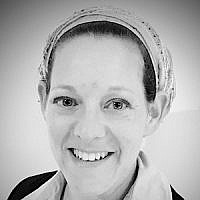 How do you tell a story that has never been told? How do you speak the unspeakable?

As more and more stories of the #MeToo movement pour out I watch as we attempt to come to grips with something we have never observed, never heard, and never acknowledged:

Of course, there are those who deny and plug their ears and cry foul. “Why didn’t she speak up sooner”, “you can’t hold him accountable for something that happened so long ago,” and “why did she put herself in that position in the first place”.

Generation after generation this victim blaming has withstood because the story was always told from a male perspective.

History is made up of stories told without a female voice.

We are taught that Abraham asked Sarah to pretend to be his sister so that Pharaoh wouldn’t kill him to obtain Sarah…it is never mentioned that she would be raped either way.

The men I encounter do not understand how many women have a #MeToo story. They believe it is unique to particular industries, particular times, particular women.

Ask the women in your life if they have faced sexual harassment or assault. Ask them who has a story. I assure they do.

We have been taught not to speak up, not to share our experiences. It was our protection against the shaming that would inevitably follow. Yet, in protecting ourselves, we protected a system of injustice and intolerance against our own interests, against ourselves.

The women who spoke out were loose women and those who remained silent, in the eyes of society, preserved their purity. Yet nearly every single woman has a story…..are we all loose women or are we trapped into complacency?

We became so victimized we protected the very system that abused us. Mothers taught their daughters which clothes to not wear — as a shield against her would be attacker. We were instructed which places to avoid to prevent being raped. We were cautioned to be inside after a certain hour because an assailant would be outside.

The #MeToo Movement is powerful because it gives voice to the voiceless. It empowers each of us to speak out and share our stories. There is strength in numbers; we must be heard. More than this, it has forced society to realize the problem may not be with a few women, but with the system itself.

We are at the cusp of a major change in how society interacts with women. If our stories are shared and heard, lessons can be drawn, and a new system that represents everyone and encourages all voices can emerge. If this takes place, the #MeToo Movement is not a movement, it is a revolution.

About the Author
Karolyn Benger is a student at Yeshivah Maharat (2026). Previously, she was the Executive Director of the Jewish Community Relations Council in Phoenix and served as the Executive Director of the Jewish Interest Free Loan in Atlanta. She is a graduate of Emory University with a degree in Political Science and a specialization in the Middle East where she studied Arab and Islamist opposition groups in Egypt. Karolyn has taught at Emory University, Georgia Tech, and Emerson College. Her love of Judaism, combined with her love of teaching and social justice, led her to join Maharat. You can find her writings in the Arizona Republic, eJewish Philanthropy, Blue Avocado, The Times of Israel, and Bina. Karolyn is a board member of the Arizona Interfaith Movement, serving as the Vice President of Education. She also serves on the Jewish Advisory Board for the Phoenix Police Department, was a member of the Valley Interfaith Project’s 3rd Monseigneur Ryle Public Policy Faith Leader Institute and a mentor in the Women’s Leadership Institute.
Comments