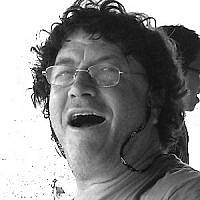 The Blogs
Arie Rozenberg
Apply for a Blog
Advertisement
Please note that the posts on The Blogs are contributed by third parties. The opinions, facts and any media content in them are presented solely by the authors, and neither The Times of Israel nor its partners assume any responsibility for them. Please contact us in case of abuse. In case of abuse,
Report this post.

This is our 18th Memorial Day for Fallen Soldiers since we joined the “family of bereaved.” We did not ask to join. We were forced in a brief moment, on 4th February 1997, by the helicopter disaster in which our son Shahar Rozenberg was killed together with 72 other soldiers from various units. Since then, the days, weeks, months and years have a different meaning for us.

This entry, Shahar, is not to tell about you and your friends but to tell about our support group, all of us bereaved parents, who are forever bound together by cruel fate.

We first met together 18 years ago, a group of parents who had been struck with grief like so many other families in Israel. The group is a microcosm of the Israeli nation. The first meetings were arranged by representatives of the Ministry of Defense, and with time we decided to continue meeting every other week at one of our homes.

The shocking news that your child has been killed causes the parent to start to sink unstoppably into an abyss. The parent cuts himself off from everyone and may even blame himself for not doing enough to protect his own private soldier. At first I remember every Friday at noon going to the bus station to look for you, each and every soldier in uniform with a bright green beret of the Nahal unit made my heart stop. “Maybe, somehow, my soldier is arriving home for the weekend.”

How disappointed I was each time to find that I was mistaken. There were also times when friends and acquaintances hurried to cross the street so as not to bump into me. More than once, feelings of jealousy filled my entire being when I saw parents of my son’s friends proud of their living son who was studying, getting married and even giving birth to the next generation.

Sinking into the deep abyss of grief happens almost immediately on hearing of the tragic loss and attempting to climb back up is indescribable. The bereaved parent has society’s approval to be sad and bitter as a result, a tremendous amount of self-will is needed in order to start the steep climb out of the darkness and attempt to live a seemingly normal life despite the grief.

With the joint effort of all the group members we tried to help each other on our climb out of the abyss. We even gave ourselves a nickname – the Macramé Group. None of us liked being called the “bereaved” and macrame means tying knots and combining pieces of string, which is what we have done – tying ourselves to each other as friends.

We adopted as our motto the slogan “Life must go on” especially as we have other children and grandchildren for whom it is our duty to help no matter what. With time, more and more people in our group were able to find the strength to resume their normal lives. Today, it is not strange to hear laughter mixed with sorrow at our meetings. Being with each other as a group at happy and sad occasions gives us strength, but more than anything, even after 18 years, we regularly meet having one goal in mind — to be there for each other no matter what. 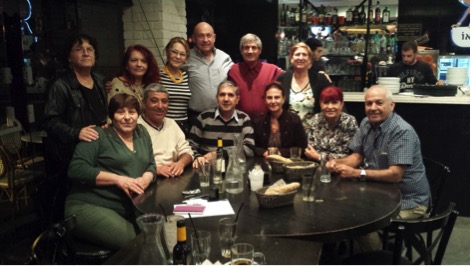 So who are we, the bereaved parents?

Rachel and Daniel Galilee, farmers from the moshav Azrikam, parents of Natalie Galilee who was killed in a car accident while doing military service.

Yehuda Bibas and his partner, Shosh, both retired. Yehuda worked at the Bezek Company and Shosh was a high school teacher. Yehuda is the father of Paul Bibas, who fell in the helicopter disaster on his way to combat duty in South Lebanon.

Morris and Aliza Rubin. Morris retired but now works as a manager at the AIT Company which deals in security products. Aliza is an artist. They are the parents of Amir Rubin who was killed in the Hatziba area in the Arava.

Benny and Pirchiya Shabtai. Benny owns a garage for car repairs and Pirchiya owns a kindergarten. They are the parents of Lior Shabtai, who was in the Tank Corps and fell heroically in a battle in South Lebanon.

Arie and Dvora Rozenberg. Arie is a journalist and retired from Security Industries and Dvora works at the Education Department at the Municipality of Nes Ziona. They are parents of Shahar Rozenberg, who fell in the helicopter disaster on his way to combat duty in South Lebanon.

About the Author
Arie Rozenberg is the father of Shahar Rozenberg, who fell in the helicopter disaster on his way to combat duty in Lebanon, February 1997.
Comments