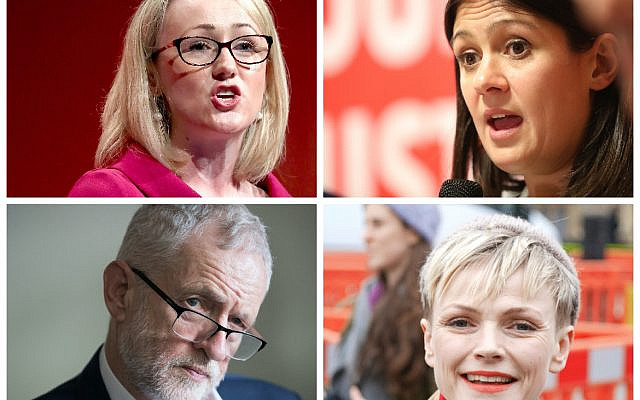 Scenes from a long hot summer:

In Jerusalem, a decorated Brigadier-General, Amir Haskel, is pounced on by Israeli police and, with two colleagues, is told he has to sign an agreement to stay out of the capital for 15 days. The “crime”? Participating in an anti-Netanyahu demonstration outside the Prime Minister’s official residence on Saturday night.

Fortunately for what remains of the tattered shreds of Israeli democracy, Jerusalem magistrates’ court Judge Orna Sandler-Etan rules that banning Haskel and the other two men from the capital would amount to a ban on free speech, and orders the three to be released without conditions.

In Europe, a letter signed by more than 1,000 parliamentarians, including senior Conservative figures in Britain, denounces Netanyahu’s controversial plans for annexation of parts of the West Bank and calls on European leaders to “act decisively”.

In London, Labour’s Sir Keir Starmer is praised by centrist Jewish groups after he fires “Continuity Corbyn” — aka Shadow Education Secretary Rebecca Long-Bailey — for her enthusiastic endorsement of an antisemitic conspiracy theory, voiced by the left-wing actress Maxine Peake. Peake asserted — and then withdrew the assertion — that American police, not least those involved in the death of George Floyd, had learned the “knee on the neck” technique from “Israeli secret services”. The fact that American police were quite racist enough on their own account appears to have by-passed Peake and Long-Bailey entirely.

A Guardian report of a Labour attack on annexation — led by Shadow Foreign Secretary Lisa Nandy, whom assiduous readers will recall was endorsed by the Jewish Labour Movement in the race for Labour leadership — is misleadingly accompanied by a demonstration picture with a huge banner saying Annexation equals Apartheid. It’s only when you look closely that it is clear that this picture was actually taken of demonstrators in Tel Aviv, and that Lisa Nandy is nowhere in the picture, and, as far as I know, has not so far taken part in any demonstration against annexation.

It’s also worth pointing out that the Guardian report says Nandy’s attack on annexation is backed by Labour leader Sir Keir Starmer. I have no idea if that is true, but there is more to come.

On Friday, in the wake of Long-Bailey’s departure, a group of left-wing MPs, including former leader Jeremy Corbyn — remember him? — complain to Starmer about Long-Bailey’s sacking by raging about annexation. Corbyn, now back in his comfort zone as a back-bench gadfly obsessed with Israel, takes part in a Labour Assembly  event “in solidarity with Palestine” , and signs the now regulation ranty letter with a whole slew of the usual suspects. They include, if your capacity for surprise has not totally left you by now, Unite union general secretary Len McCluskey, he of the antisemitism “mood music”, and, colour me astonished — Maxine Peake.

Meanwhile Corbyn, now free to say everything he could not while Labour leader, takes the opportunity to speak of the “incredibly rude” Israelis he encountered while on an undated visit from Jericho to Jerusalem. Once through the checkpoints, of course, there were “a lot of very nice Palestinian people being very kind to us on the way”.

If we have learned any lessons so far, the main one will be that everything is our fault. For myself — and I loathe the idea of annexation — I have an overwhelming urge to shunt Peake and Corbyn off to Jerusalem to be dealt with by the Israeli police.