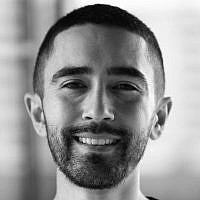 The Blogs
Levi Clancy
Between Erbil, Jerusalem, and America.
Apply for a Blog
Advertisement
Please note that the posts on The Blogs are contributed by third parties. The opinions, facts and any media content in them are presented solely by the authors, and neither The Times of Israel nor its partners assume any responsibility for them. Please contact us in case of abuse. In case of abuse,
Report this post. 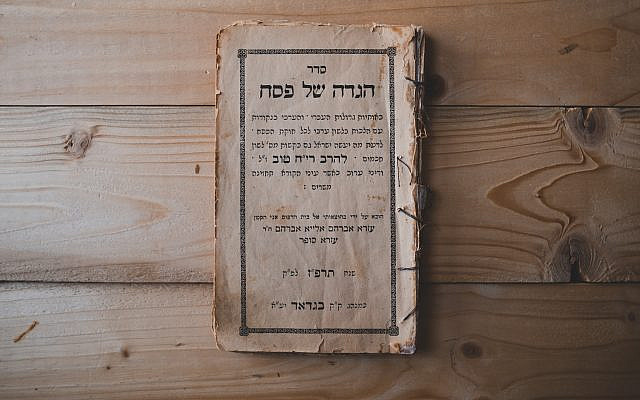 Early 20th century haggadah, published in Baghdad. In the Damgana, the Babylonian Jews were completely removed after thousands of years of life in Mesopotamia.

First: Who, what, when, where?

What is the דמגנע Damgana? The Damgana is the turning point at which Jewish populations in the Islamic world collapsed from almost one million to nearly zero, due to killings, riots, dispossession, expulsions, and the Jewish people’s natural yearning for freedom.

Jews in Islamic countries had a pre-Damgana population of almost one million people. In the 20th century, over the course of several decades, that number collapsed by over 99 percent. This multi-decade demographic change has similarities to the Trail of Tears and the Great Migration.

The Damgana was committed by newly established Islamic states. As with Jim Crow and Apartheid, it was a manifestation of long-standing prejudices. Along with the Nakba, the Damgana has reshaped the political psychology of the Middle East.

Today, the Jewish population that remains in Islamic countries is less than 1% of its pre-Damgana total. However, the other 99% managed to resettle. As a result, just under one million displaced Jewish people now have millions of descendants living new lives.

How the word was developed

Living in Erbil, the capital of the Kurdistan Region of Iraq, I have often found myself silenced when talking about Jewish history. However, the silencing did not come from angry mobs or state censorship, as stereotypes would suggest. Instead, the silencing came from neglect towards Mizrahi issues: while words exist for the Shoah, the Anfal, the Nakba, the Trail of Tears, and countless other serious demographic events, no such word existed for the removal of over 99% of Jews from the Islamic world.

Earlier this year, things started to change. Working with some prominent figures in the area of Mizrahi advocacy, there was clear interest in establishing a word. However, early qualitative feedback resulted in noisy and confusing signals from Mizrahi Jews in Israel, Mizrahi Jews in the United States, Arab Muslims, Kurdish Muslims, and non-Muslim minorities in the Islamic world. The only consensus was that it should be rooted in Hebrew, and had to be clear of any problematic meanings or resonances in Arabic, Kurdish, Farsi, Turkish, and English.

The term had to convey grim realities, to the same degree that Shoah and Nakba both mean ‘catastrophe’ in Hebrew and Arabic, respectively. However, it also had to convey a meaningful sense of agency and emancipation. “The riots were a good excuse,” explained one Jewish man in Israel, who felt that although atrocious antisemitism had indeed shaped his family’s exodus from Yemen, their decision to resettle was ultimately a choice to exercise self-determination.

Also, the term had to have resonance with key issues. Early recommendations were נישול Nishul (dispossession) and גירוש Girush (expulsion), the latter being extracted from recent trends on Yom HaGirush. However, both raised major concerns. The word Nishul had weak favorability among Mizrahim who were native Hebrew speakers. Meanwhile, the word Girush impeded a conceptualization that unified Jewish populations that were removed and the very small post-Damgana populations that were not removed. Also, ‘girush’ itself would likely need to be narrowed down with a modifier because it was already in use for the expulsion from Spain, known as גירוש ספרד Girush Sefarad. Each word was good, but rather than being the word, each seemed to work best as a component within a stronger framework.

“Why not create a word?” asked one native Hebrew speaker. This suggestion had positive feedback, and what emerged was not just one word, but an acronym. In Arabic, the creation of an acronym is considered artificial and perhaps derisive. In English, an acronym can range from jargon to conveying sarcasm. However, in Hebrew, the use of acronyms and acrostics is profoundly rooted in tradition, from the foundational books of Judaism to perhaps the greatest Jewish scholar in post-Talmudic history: the תנ״ך Tanakh is derived from תורה Torah, נביאים Neviim, and כתובים Ketuvim; while רמב״ם Rambam is derived from רבי Rabbi משה Moses בן ben מימון Maimon. An acronym, צה״ל‎ Tzahal, is even used as the name for Israel’s armed forces.

In this way, דמגנע Damgana was formed from in-depth qualitative research and a quest for consensus. It can be stylized as DamGana, and consists of five words, each giving one of their letters,

Deeper meanings within the Damgana

The Damgana does not aim to portray the entirety of Jewish life and its ups and down over the centuries. Instead, the Damgana specifically refers to the circumstances of the removal of almost one million Jews — over 99% of the entire population — from the Islamic world. The monumental scale and completeness and severeness of this demographic turning point merits its own inter-disciplinary study, and by extension, its own term.

In Turkish, there is a similar word to Damgana: ‘damgan’, which normally means ‘signature’ but can also refer to the stamp seal used on decrees. This has important resonance with the word ‘firman’ which refers to an Islamic governmental decree. In the Ezidi community, the word ‘firman’ also means ‘genocide’ because Ezidis saw their genocides as expressions of official decrees by the Islamic leadership of the Caliphates. Similar to the relationship between ‘firman’ and ‘genocide’, the word ‘damgan’ (signature) relates to Damgana because the removal of Jewish populations was the expression of specific antisemitic policies put into effect with the signatures and stamps of Islamic leaders with unprecedented national powers.

Damgana is spelled دمغنع in Arabic and دمگەنع in Kurdish. In Arabic, it begins with the plosive, frontal د (d), carries out a ringing غين (gheen, غ) in the center, and concludes with the distinct عين (ayin, ع) at the end. In these languages, the word has no real meaning. However, the number of components that make up the word ‘דמגנע’, the number five is important. It alludes to a common Arabic and Kurdish saying that the five fingers of a hand are not all the same: مو كل أصابعك مثل بعضهم. This means that in any situation or community, there is some good and some bad. This ties into a major insight that I found through public speaking and seminars on Jewish topics, in the Kurdistan Region. many people in the Islamic world are almost completely unaware that antisemitism existed, seeming to believe that all experiences for all Jews in all places were more or less the same, i.e. perfect coexistence. To account for the obvious extinction of Jewish life, many people with antisemitic bias invent complex conspiracy theories about Zionists infiltrating dozens of countries to eliminate all Jewish populations — in other words, anything to avoid considering the role of antisemitism. In my experience countering these misconceptions, I found it effective to lean on the popular saying about fingers and hands, explaining that if five fingers are not the same even on a single hand, then the “fingers” of Jewish experience could not have been all the equally ideal, either. There must have been some good, and some bad. And indeed, there was some antisemitism, and also some tolerance, depending on whichever prevailed in any given time and place.

In Hebrew, there are also powerful allusions. The spelling ‘דמגנע’ also alludes to ‘דמ גנ’ (dam gan, meaning ‘blood of the garden’ in Hebrew). This paints a concise metaphor for Jewish experience in the Islamic world. Yes, there were bright spots, but Jewish life was defined by very clear boundaries which were ultimately enforced through violence. In some places, Jews were forbidden from going outside in the rain, because of a superstition that the rain would splash the ‘filth’ of Jewishness onto ‘pristine’ Muslims. Also, there were laws requiring synagogues to never rise higher than nearby mosques, and for Jews to wear patches or other clothes which identified them as Jews. So ultimately, Jewish life can be compared to living in a walled garden, and the ‘blood of the garden’ (דמ גנ) refers to the fact that even if the situation looked rosy from afar, it was like a walled garden where one would find blood if looking too closely.

The first letter ד stands for דמ (blood), but it also appears in whole because of the letter מ which follows, which stands for מהומות (riots). Because it is spelled using the first letter of מהומות (riots), it speaks to the mutual dependence and interconnectedness of these two phenomena. By appearing both initially, in part, and in full, there is a recognition of the scale of countless thousands of Jewish lives which were lost.

The word גירוש girush (expulsion) follows נישול nishul (disposession), even though dispossession would logically take place in the lead-up to expulsion. This is because the dispossessions that took place — including banning Jews from public life, and widely transferring their assets to non-Jews — must be clearly understood as only taking place if the Overton window had already shifted to include expulsion. In other words, dispossession did not precede a final expulsion, but rather it followed the onset of the arc of expulsions.

Both גירוש girush and נישול nishul precede עלייה aliyah. Many Jews from Islamic areas view their resettlement in Israel as an act of self-determination, opting to live country-to-country alongside Islamic states rather than head-under-boot inside Islamic states. However, antisemitic biases lead many people in Islamic societies to view the related collapse of Jewish populations (for whatever reason) as just a baseline, rather than one of the most extreme possible outcomes (regardless of motives). Including the word עלייה aliyah not only acknowledges the agency and emancipation of a Jewish minority, but it also places pursuit of עלייה aliyah as the inevitable conclusion of an acronymic chronology that covers spilled Jewish blood, anti-Jewish riots, expulsions of Jews, and dispossession of Jews. Only one state in the region adequately protected its citizens who happened to be Jewish.

Lastly, I want to share an anecdote from a seminar on Jewish history which I held in Erbil several years ago. Towards the end, a Muslim Kurdish woman and a Muslim Arab woman sat together. They had both been forced to flee Baghdad. Talking about Jewish history, one of them told me, “What began with the Jews, when people saw it could be done, then it happened to us, also.”

Recognition of the Damgana — the reality of it, not a denied, revised, inverted version of it — is not only justice for Jews, but also crucial in building a better future for Muslims and all other communities in the Islamic world, as well.

About the Author
Levi Meir Clancy lives in Erbil, the capital of the autonomous Kurdistan Region in Iraq, and is the founder of Foundation of Ours, which supports Jewish expression in the Kurdistan Region, and provides platforms for reconciliation and coexistence between all communities. He was born in Venice, California and moved to the KRI in 2014, after which he became involved in cultural, social, and religious affairs in addition to his work as a software developer, photographer, and videographer.
Related Topics
Related Posts
Comments