We all get caught in binds like the one my family did last week. My daughter Gabrielle and her husband, Allen, had to be out of town overnight to attend Allen’s grandmother’s funeral. Problem: childcare for their son, Aiden, who recently had his normal schedule upset a number of times by unavoidable events. His need, therefore, to attend his day care and sleep in his own crib in Brooklyn, surrounded by his toys and books, was palpable, meaning no overnight Teaneck stay. Sharon and I, though, were in the midst of a large home repair project that she was in charge of managing, so both of us could not go together to stay with Aiden in Brooklyn. And our two other local daughters were contending with professional responsibilities and thus couldn’t either.

Gabrielle and I therefore decided that I alone would have a two-night sleepover in Brooklyn to take care of him. This was met with some gently expressed skepticism. “We know you were an active, hands-on, and capable father raising us, Daddy, but that was decades ago, and before your strong back was transformed into one that needs to be treated gently. Maybe it would be better if Mommy were to go?” But Sharon, needed in Teaneck, shared my faith in my abilities.

And so I went.

I try to pat myself on my back infrequently (if at all) in these columns, but rules are made to be broken and I’m breaking this one now. I was damned good. Gabrielle had given me a schedule and instructions, and I followed it and carried them out to the letter. Boker tov at 7:30, day care drop off at 9, pick up at 5:30, dinner at 6, crib and lights out at 7:30, all done within five minutes or less of their scheduled times. Smooth transitions between PJs and daytime clothes, dinners (prepared and refrigerated by Gabrielle) eaten without complaint by Aiden and cleaned up by me, treats judiciously doled out by an otherwise overly indulgent grandpa, hugs and kisses liberally given, and diapers of all types (yup, all) changed easily.

And although we had extensive discussions on techniques to handle possible fits of nighttime crying (by Aiden, not me), I didn’t have to use any of them. Once Aiden was in PJs, he sat on my lap as we cuddled and I sang Shema, read him a book or two (i.e., until the tall pile was depleted), sang the same going-to-sleep songs I sang to my kids all those years ago (for some reason, young children, unlike other sentient beings, seem to take to my singing ever so much), and gently laid him down in his crib. As I shut the door and checked the baby monitor, I saw an adorable toddler snuggling in his crib and heard a silence that lasted throughout the night. Nice job, Joseph.

But let’s be honest. It’s been a very long time since I did this, and God knew what S/He was doing in creating a world where young people, rather than old ones, have children, and for the most part are involved in raising them day-to-day. So by the time I arrived home in the early afternoon on my last day I was bushed, especially after a grueling Crown Heights-to-Teaneck drive. All I wanted to do was collapse on the couch, catch up a bit on the Times (and its crossword puzzles) that I had missed in Brooklyn, perhaps take a short power nap, and watch the Yankees-Red Sox game that evening. It sounded wonderful, and I thought I deserved it.

Many of you probably know about Koolulam, the Israeli social-musical initiative aimed at strengthening the fabric of society, in which thousands of participants learn a Hebrew or English song in two- or three-part arrangement in an hour or so, and then perform it for a video to be shared on social media. Views total hundreds of thousands if not millions in some cases. Be sure to see one if you haven’t already; here’s a link to one of my favorite. And if you’d like to know more about Koolulam, read this 2019 Jewish Standard article.

Koolulam’s reach stretches beyond Israel. In January 2020, when the Temple Emanuel Streiker Center announced that it would be sponsoring a Koolulam evening, Sharon and I immediately bought tickets. And then COVID struck, causing a necessary postponement.

It was rescheduled and postponed and rescheduled, making us doubt it would ever take place. But a few weeks ago, we received a notice that the last rescheduled date was a go, and we would be singing together on September 14 in the magnificent Temple Emanuel sanctuary on Fifth Avenue. Just when I wanted to veg out and watch the Yanks.

But it was really no contest. Koolulam won the day.

And so, Sharon (somewhat reluctantly because of still-serious COVID concerns), our good friend Joyce, and I, joined by more than 2,000 others, spent that evening with Ben Yefet, who is the musical engine behind Koolulam, its conductor, and one of its founders, learning a two-part arrangement to Bill Withers’ “Lean on Me.” He taught, we sang and made mistakes, he kept on teaching, encouraging, and correcting, and we continued singing and learning until we finally, sorta, got it.

We did one take, then another, followed by a third and finally a fourth, each one with a better knowledge of the words and music, each one with more heart and energy, more soul and passion, each one sounding sweeter, louder, and more exhilarating as we let go of all inhibitions and sang like we were the Mormon Tabernacle Choir. (Of course, we were actually thousands of mostly untrained Jews singing in a shul.) Those four takes were videoed, and the best parts of each will be spliced together to make what I’m sure will be a fantastic musical video. I can’t wait to see the result, and when it comes out I’ll share the link.

Is there a connection between these two events – spending serious one-on-one time with and connecting to the cutest almost 2-year old around (pooh pooh) and spending an evening singing my heart out and feeling connected to thousands of other people doing exactly the same thing?

It was at this point, with no conclusion written, that I gave an earlier draft of this column to Sharon, and after she read it, I told her I was stumped. I had no connection. She smiled and said two words: the lyrics.

Wham. That was it. “Lean on me.” A family has to gather in Louisville from all directions and support each other as they demonstrate their love for Allen’s Bubbie Harriet, Marla’s and Wendy’s mom – “sometimes in our lives/we all have pain/we all have sorrow.” Lean on me. Childcare help is needed in a difficult and inconvenient week – “just call on me brother when you need a hand.” Lean on me. A little boy is missing his two most important people in the world – “when you’re not strong.” Lean on me. And looking around at some of the people we knew at Temple Emanuel that evening who had gone through or were going through illness, family difficulties, losses of loved ones, and the myriad of challenges that we all face, and yet were singing exuberantly and joyfully, many swaying with their arms around their neighbors – “we all need someone to lean on.”

Lean on me!/When you’re not strong/And I’ll be your friend/I’ll help you carry on/For it won’t be long/Till I’m gonna need somebody to lean on! 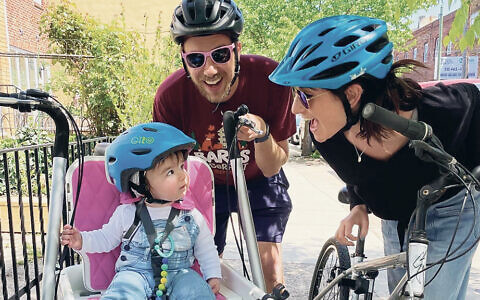 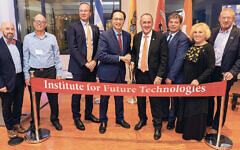 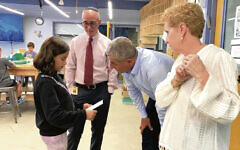 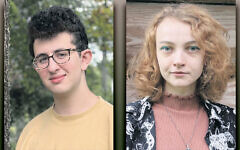 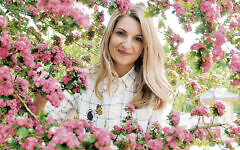 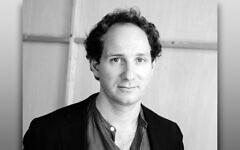