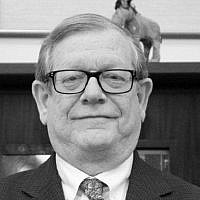 Great Britain is an island country. The British coast (excluding small islands) extends to about 8,000 miles. Britain’s being an island has never bothered Britons and they consider this geographical fact a source of pride (in my bookcase there is a book “for boys and girls”, entitled “Our Island History”, and it is just an example out of many similar books). Britain’s adversaries had repeatedly tried to overcome her by imposing a naval blockade, starting with the Spanish Armada, going to Napoleon Bonaparte, and ending with Adolf Hitler. They were unsuccessful due to Britain being a merchant nation. The Royal Navy had always protected the trade routes with North America. Thus, although Britain lost some 3,500 merchant ships and 175 warships in World War II, the British Merchant Marin, which was about one-third of the total global commercial tonnage at the beginning of the war, kept feeding the United Kingdom. Thus, relying on her own navy and on the US Navy, Britain could survive. The relationship with the US became the main factor in Britain’s strategy, and to this day the UK boasts of its “special relationship” with the United States.

Israel, too, is a sort of an island country. On her western boundary, the Mediterranean Sea stretches for almost 125 miles of coastline. Although her land borders are no longer hermetically sealed, and despite the Abraham Accords, they are not as accessible to trade and tourism as European borders are. Hopefully, Israel’s borders will open up more and more in the coming years, but Israel is still quite isolated and must rely on her air and sea routes, and especially on her own version of a “special relationship” with the U.S. In this sense, Israel is similar to the Britain of 1940, except that Britain was then still a military and economic superpower, a status that Israel is unlikely to ever reach. Israeli leaders and emissaries regularly work to preserve and promote our “special relationship” with the United States.

Simply put, Israel would find it very difficult to survive and prosper without her vital connection with America. Many scholarly works were written about this connection. In my own final thesis submitted in 1998 to the Israel National Defense College (“Israel and the Jewish Community in the U.S.: Fraternity in Distress”), I warned of the consequences of the loss of the Israeli Enlightenment on the “special relationship” with the U.S. Trying to get to the root of our “special relationship”, I realized that there were many elements which were common to both our countries. Among them was the Old Testament adopted by the first (Puritan) English settlers, the pioneering, the innovation, the “circling of the wagons” motif, the military ability, and even “Tikkun Olam“, or the aspiration to repair the world.

However, I came to the conclusion that the most important factor in maintaining the “special relationship” was the American Jewish Community. It is not a huge community but rather a small (and getting smaller) segment within the entire American population. American Jews may number between five to seven million people out of approximately 330 million U.S. citizens.  The exact number of Jews is not known since the U.S. censuses do not ask about a person’s religion. However, it was guesstimated that in the 1990s, American Jews made up some two percent of the total population, and today the proportion could be about 1.7 percent.

The rate of Jews marrying outside the faith has been steadily increasing in recent decades, apparently reaching a rate of sixty percent or even more. Some of these mixed families will be attracted by the Christian direction (in its various denominations) and some will grow completely secular. Nevertheless, a significant portion would be tilted in the direction of the Jewish half of a married couple. In fact, many are active in the social and religious frameworks of the Jewish communities, which generally gladly welcome Jews by Choice. Thus, many see themselves and are perceived as Jews in general society. This may not be acceptable by the Chief (Orthodox) Rabbinate of Israel, but it is less important in the United States (or for most of the secular and enlightened Israeli public). These families are close to the Reform and Conservative streams, which constitute about sixty percent of the total American-Jewish community. It can therefore be estimated that at least ten million Americans have some degree of closeness to Judaism and, subsequently, to the State of Israel.

The American Jewish community has acquired political influence far beyond its dimensions. American Jews serve as legislators (at both federal and state levels), secretaries of state, high-ranking officials, senior politicians, or cultural and opinion leaders. This robust involvement has given rise to an extensive system of effective organizations such as the American Jewish Committee, the Federations, the Conference of Presidents, and AIPAC, which is one of the five most powerful lobbies in Washington. This system has traditionally worked in Israel’s favor. Although the organizations’ activities were not always successful, such as on the issue of supplying AWACS aircraft to Saudi Arabia, Israel generally made good achievements, such as on the issue of Soviet or Ethiopian Jewry, and in securing the annual assistance to Israel, as well as in deepening and strengthening American political support for Israel in the international arena.

So far, this system has survived the political upheavals in both Israel and the United States. The majority of the Jewish community takes liberal positions and supports the Democrats (according to polls, on the eve of the midterm elections last November, about 70 percent supported President Biden compared to only 19 percent for Donald Trump, whose values and personality most American Jews detest; the liberal position of the community is reflected, for example, in the issue of abortion legislation, with eighty-two percent of American Jews opposing the recent Supreme Court’s ruling). Nonetheless, despite these clear positions of the community, its political leadership knew how to work with both Republican and Democratic administrations.

This structure has so far survived Israeli politics as well, but now Israel may have crossed a threshold of unenlightenment with which our brothers and sisters in the U.S. cannot agree. It seems that the despicable “Grandson Clause”, which might declare so many young women and men as non-Jews, may have been stored on a high shelf but, like a Chekhov’s pistol, it will appear in the third act, and the bullet it would fire will reverberate throughout the Jewish world. Reporter Barak Ravid wrote of a recent meeting at the Israeli embassy in Washington where Jewish-American leaders warned of proposed legislative measures in Israel that they could not accept. Some 350 rabbis issued a call to protest against upcoming changes to the Law of Return, harmful changes to the LGBT community, demoting the status of the Supreme Court, or territorial annexation trends. There were also members of the Jewish community who demonstrated on Van-Ness Street, in front of the Israeli embassy in Washington.  The former Minister of Diaspora Affairs, Nachman Shai, expressed his concern that on a rainy day, American Jews would simply stand by, and do nothing for us. Whereas I actually think they won’t stand aside and that there will be plenty that they could do to us.

I recall what a prominent leader of the American Jewish community told me back then in 1996, around Netanyahu’s first Western Wall fiasco as prime minister. She said that American Jews would not forever be able to live with the fact that “you need our political power and support – but I, as a woman, am not allowed to pray at the Western Wall with a tallit and a Torah scroll. You are familiar with what we can do on Capitol Hill for Israel’s benefit, and you can imagine what we could do, including vis-à-vis Israel, if we have to defend our very being as Jewish Americans”. Obviously, she was angry, but the message rang loud and clear. For someone like me, who had proudly represented Israel as a diplomat in the U.S. in various positions and times over the course of more than a quarter century, the current situation is shocking and unbearable. It is the brainchild of one man, Benjamin Netanyahu.

As an Israeli abroad, I was always amazed by the singing and prayer in my own language on foreign soil. I was just as amazed by the sight of the Israeli flag alongside the Stars and Stripes on both sides of the Bimah in Reform and Conservative synagogues.  This rift, if it occurs, is solely the result of our own doing, in choosing a government that promotes the persecution of minorities and LGBT people and discrimination against women and minorities. As a former diplomat, I cannot begin to imagine how my colleagues in the Foreign Service could continue to promote Israel’s interests in the superpower of our generation without the support and advocacy of the magnificent American Jewish community. We are destined to learn that without the Jewish community, it will be very cold out there, outside.

Perhaps like Great Britain of 1940, Israel is an island or at least a metaphorical island. Apparently, though, we do not take a similar road.  Britain knew how to rise to the challenge and practically give up her empire (albeit with a broken heart) in order to adapt to the Roosevelt doctrine and receive the American support so needed for its struggle for life and death against Nazi Germany. Israel, on the other hand, does not consider the needs of her only real ally, the Jewish people.  Israel is moving away from its democratic, liberal, and Jewish roots and may find itself in a totally barren international environment. This must not be allowed to happen. Bibi, do you listen? Can you hear? 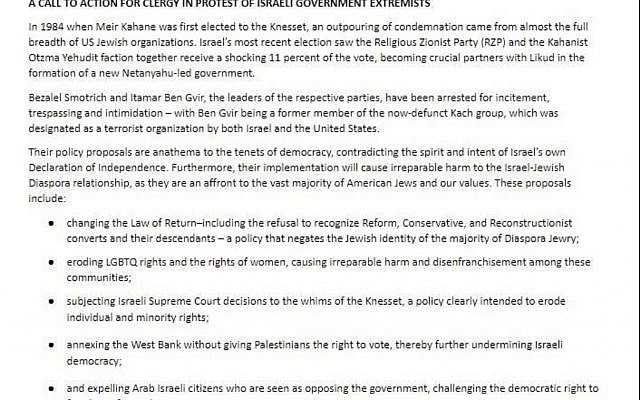 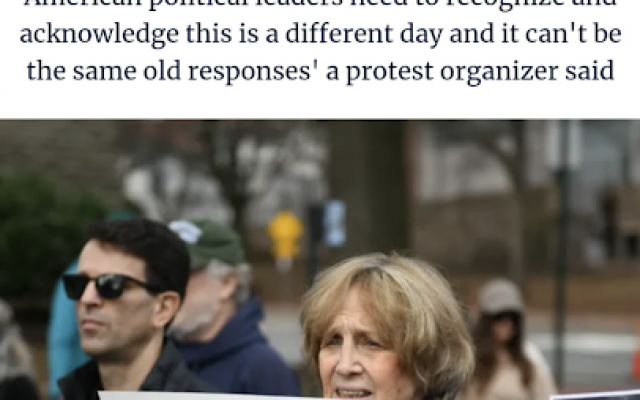 Note: this blog was first published in Hebrew, in ZMAN ISRAEL, on January 7, 2023

About the Author
Ambassador (ret.) Barukh Binah is a policy fellow at MITVIM, the Israeli Institute for Regional Foreign Policies. He is also a member of the Foreign Policy Forum and of Commanders for Israel's Security. He has served in a variety of diplomatic positions vis-à-vis the United States, including Spokesman in New York, Consul General in Chicago, Deputy Head of Mission in Washington DC and Deputy Director General of the Ministry of Foreign Affairs in Jerusalem,  heading the North American Division. He also served as Israel's ambassador to the Kingdom of Denmark. in 2017 he published a poetry book, "it only seems like healing", and recently published his book, "Sonia McConnel and other Stories"
Related Topics
Related Posts
Barukh Binah