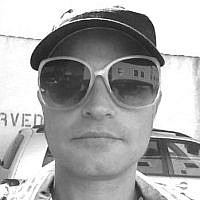 The Blogs
Ariel Blumenthal
Apply for a Blog
Advertisement
Please note that the posts on The Blogs are contributed by third parties. The opinions, facts and any media content in them are presented solely by the authors, and neither The Times of Israel nor its partners assume any responsibility for them. Please contact us in case of abuse. In case of abuse,
Report this post.

It’s war in Gaza – Again. As a friend’s post on fb read, it’s a rerun, and we can’t even fast forward to the end. There’s a lot to be said about the moral equation between Hamas and The IDF, about the international reaction, and so forth. But upon the third war in 6 years, the futility of this violence comes to mind first. How can these repetitive cycles be prevented?

The problem with Hamas is that it doesn’t have a legitimate goal. Hamas wants to replace Israel and its inhabitants with something else, which other than being an immoral goal, doesn’t allow for any attainable objective. No one, not even Hamas, thinks that the organization will succeed in destroying Israel, all that remains for it to do is to harass. This puts Hamas squarely in the position of the agitator: those who want to harass, want to see violence, not calm. Quiet episodes are their lulls.

This is, for all practical purposes, the broad cause-and-effect system behind these eruptions of violence. At the end of Hamas’ call for violence is a utopic, religious vision of supremacy, certainly not a down-to-earth compromise or a peace agreement people of good-will can resonate with. Even if its methods were less reprehensible, Hamas’ pull would have still remained towards the wrong direction. Hamas is offering violence with no end, or as the Guardian put it: “Hamas goes to war – for a ceasefire”.

Secondly, the Gaza Strip is a wild and lawless place, where armed factions such as the Islamic Jihad and other extreme organizations live a tense co-existence of competition and survival, in a weapon-saturated, claustrophobic environment. Under the Gaza rules, launching sporadic rocket attacks at Israel is just another tool in a militia’s toolbox of violent measures. You may find that very local issues, such as a feud between competing organizations or salaries withheld from members of the Hamas security forces, translate into outward violence, and eventually make the international headlines.

These two elements are the backdrop for the tragic fate of the people of Gaza, committed to perpetual violence in the name of blind nationalism with thick religious coating, in a harsh environment dominated by arms and holy testosterone. As UN Secretary Ban put it yesterday, the people of Gaza are “trapped between Hamas’ irresponsibility and Israel’s tough response”. This is an exposed population that doesn’t have the freedom or capacity to question the futility of their suffering or demand better lives. These are the conditions under which rockets and ammo can be stored and fired from hospitals, schools and mosques, and children can be summoned and volunteered to act as human shields. There’s no law, no due-process, no right to question or reject, no legal or moral ground for one to argue for the safety of one’s own life. The resistance is above everything else; Nothing is more important than nationalism.

The automatic cries of “massacres” and “excessive power” heard in the Arab world are counter productive. The international community should tackle violence with means of prevention rather than containment, just like your doctor would tell you to quit smoking, work out and eat a lot of vegetables, rather than prepare you for your next heart attack. By covering for the Hamas and framing round 3 as a national conflict between Israelis and Palestinians, the Arab world lays the foundations for round 4.

The death and destruction, once again, will be suffered mainly by the people of Gaza.

About the Author
Israeli Composer, music producer and videomaker living the Hollywood life since 2001.
Comments