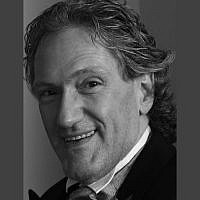 The Blogs
Mike Hinden
Apply for a Blog
Please note that the posts on The Blogs are contributed by third parties. The opinions, facts and any media content in them are presented solely by the authors, and neither The Times of Israel nor its partners assume any responsibility for them. Please contact us in case of abuse. In case of abuse,
Report this post.

In the light of the current pandemic, once again I need to question my beliefs. I love (parts of) my religion. Amongst other things, I love the tradition, the rituals, the stories, but I also think that the bible is a vague, rather than an accurate reflection, of historical events, which we choose to interpret in our own way. But, as we know, history can be distorted by interpretation of facts, and over time there may be an element of “Chinese Whispers” – probably not a good turn of phrase during this particular crisis.

We’re meant to believe in G-d, but also that he gave us the free will to distinguish between good and bad, right and wrong. We are taught the “Holy One Blessed be He” is all powerful. So, when a worldwide disaster occurs which is beyond our control, (despite the conspiracy theorists), what should we expect from G-d? I am sure there are those that would argue that it is G-d’s punishment for our lifestyle and behaviour, but I see it as a natural phenomenon, and why would G-d want to punish the whole world in that way.  G-d is meant to be the parent of all of us. I accept there are some bad parents in the world, but a kind and caring parent would never let his children suffer if there was a way of stopping that suffering. Most parents would say they’d give their lives to save those of their children. We would never play cruel tricks on them just to prove a point. We may need to teach our kids a lesson, but not so painful that it harms them. Take away the iPad, see what it’s like to live a life where things aren’t automated, where you have to think for yourself; work a little harder for what you want; don’t always expect a financial reward, sometimes it’s because it feels right/good is more than enough.  Interestingly, we are meant to be created in G-d’s image, yet we are able to teach by benevolence, whereas the bible shows G-d attempting to teach by punishment and cruelty.

So should we expect G-d to step in and save us? If you’re a believer, G-d doesn’t have a great track record, and at the moment is not covering himself in any type of glory. I look back through the bible and find it difficult to be believe how much death and destruction he has played on the human race. How many tricks has he played on people?  Would any of us ask our child to take our grandchild and kill him (Abraham and Isaac) albeit at the last minute say it’s OK, I just wanted to see if you’d do as you were told. As a parent would you hide your grandchild from his father, and let that father think he was dead for over 20 years? (Jacob and Joseph) Would you tell your son that although you have done more than anyone to enhance my reputation, and convince others that I was the best thing since sliced bread (or should it be sliced manna), because you committed one transgression over a 40 year period (Moses, wow, he hit a rock instead of speaking to it) you’re not going to receive the prize that I promised you. You can look but don’t touch. I could go on but hopefully you get the point.

So, I need to ask myself the following…

I’m afraid to say that the current state of the world has merely confirmed to me that option 1 is the answer. I’d like to think I was wrong, but having just heard that there has been an earthquake in Croatia adding to the woes of people in Central Europe, I am going to need a lot of convincing.

About the Author
Born in Manchester and educated at Hasmonean in a religious environment, Mike now runs his own business specialising in design an implementation of residential and business AV systems .
Related Topics
Related Posts
Mike Hinden
Comments 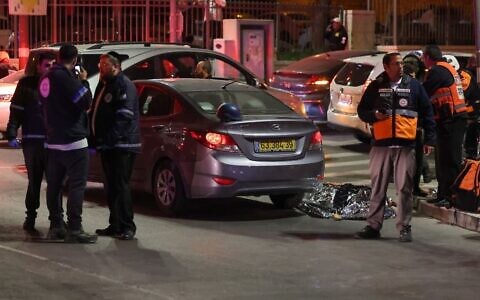 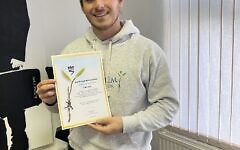 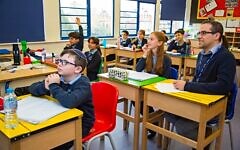