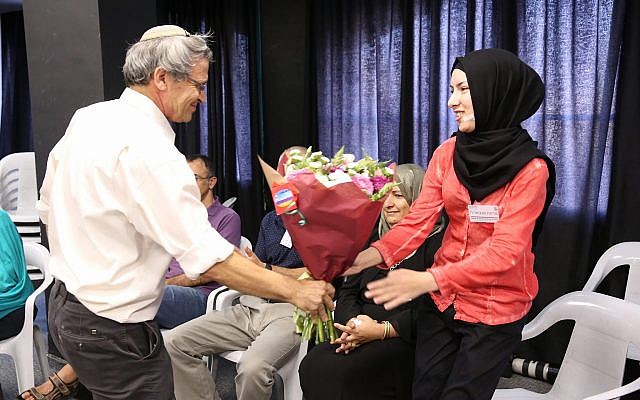 In recent days, the issue of “Jewish terrorism” in the West Bank has been in the headlines after the arrest of five Jewish teens from a West Bank settlement who are suspected of killing a Palestinian woman by throwing stones at a car she was travelling in a few months ago. This is a very dangerous phenomenon, one that Israel’s security apparatus is apparently approaching very seriously at this time. But it is not new. Rather, it has been going on for several years, growing in power and influence from year to year. According to reports in the press, during 2018, there were 482 Jewish terror incidents, as opposed to 140 incidents the previous year (2017).

A little over seven years ago, a new pluralistic Jewish coalition was established in Israel to combat Jewish extremism. In the fall of 2011, there was a dramatic increase in hate crimes against innocent Palestinians by young Jewish extremists in the West Bank, which bore the name of Tag Mechir (Price Tag), which was the slogan used by these young troublemakers at that time (and until today) in their retaliation against Palestinians for peace moves made by the government of Israel. As a result, a new forum emerged at that time, which was called the Tag Meir (Light Tag) Forum, to counteract these activities. The leader — and guiding spirit to this day — of this broad Jewish coalition — which today also includes Muslims and Christians — is a religious Zionist Jewish man from Rehovot by the name of Gadi Gvaryahu, who continues to lead this forum with enthusiasm and dedication.

Gvaryahu began his peacebuilding efforts among Jews in Rehovot the year after Prime Minister Yitzhak Rabin was assassinated by a religious Jewish extremist by the name of Yigal Amir, who claimed that it was his Jewish beliefs that motivated him to assassinate the Prime Minister of Israel at that time since his plans for peace included giving away parts of the land of Israel. Gvaryahu and a group of local Rehovot religious Zionist Jews named their synagogue after Rabin, and since then they commemorate the anniversary of his passing five times a year — during the four occasions when all religious Jews recite yizkor (the memorial prayer for the dead) and on the occasion of the assassination, according to the Hebrew date of the 12 of the Hebrew month of Heshvan.

About 10 years later, in 2007, Gvaryahu founded a non-profit organization in Israel called Yod Bet b’Heshvan (the 12th of Heshvan), in memory of Rabin, to engage primarily in educational activities in the religious Zionist sector of Israeli Jewish society, to promote ideas of tolerance and moderation, which he believes are at the heart of Judaism. This NGO focused for many years on religious Zionist youth in Israel, to encourage them to follow the path of peace, which is the path of the Torah, and to discourage them from engaging in acts of violence or hatred in the name of Judaism, God forbid.

In the meantime, a strange mutation of religious Zionism was growing in the West Bank. (I use the word religious in italics because I believe that this version of Judaism is anti-religious and even blasphemous, since it targets innocent people). Catalyzed by some extremist rabbis–who wrote fanatical books such as Torat Hamelech (The Law of the King) which incited people to violent actions against non-Jews—young hill top Jewish radicals, as they are called in the media, began to take the law into their own hands in the wild west known as the West Bank, by vandalizing mosques, churches, automobiles and homes, in the name of their distorted view of Judaism.

The growth of radical extremist Judaism in the West Bank catalyzed Gvaryahu to set up the Tag Meir Forum, to be able to say loud and clear — to Jews and Arabs throughout Israel, and to Palestinians in the West Bank –that this is not the way of Judaism. This time, he broadened his base beyond the religious orthodox Zionist Jewish communities in Israel to include Reform, Conservative, Secular, ultra-Orthodox and Orthodox Jews. Indeed, through his leadership, this has become one of the very few pluralistic social action groups in Israeli Jewish society.

I am proud to say that I served on the Steering Committee of this unique coalition, under Gvaryahu’s leadership, for 5 years, from its inception in 2011 until 2016. During this time, I attended many solidarity visits to Palestinians and to Jews, whose properties were vandalized by Jewish or Muslim extremists, and in some extreme cases, whose family members were murdered. These were often emotional yet highly important empathetic gestures of reconciliation, which paved the way for much cooperative peace-building work between Arabs and Jews within Israel, and between Palestinians and Israelis in the West Bank and East Jerusalem, over many years.

In a recent interview, I asked Gvaryahu what were the most significant moments during his last seven years of involvement with the Tag Meir Forum. The answer was clear and convincing. He pointed to the solidarity visit of five busloads of Israeli Jews to the Palestinian tent of mourning for the Palestinian boy named Mohammed Abu Khdeir, who, in July 2014, had been burned to death by some young Jewish extremists (one of whom, who is not a minor, has been sentence to life imprisonment for this crime) and he also pointed to the time that a delegation of activists with Tag Meir (I was one of them) visited the home of religious orthodox Jews in the neighborhood of Har Nof, after some of their people had been killed in a terrorist incident by Muslim extremists in a Jerusalem yeshivah. He could have also mentioned tens of other solidarity visits that he has been involved with directly during the past seven years, since he is usually one of the first responders after hate crimes occur, whether against Palestinians or Jews.

When I asked him what keeps him going, in the light of the growth of extremism and acts of violence on both sides of the conflict, and why he doesn’t just give up, as so many others have done, he looked at me with a glance of puzzlement. In response to my question, he said:

We cannot give up. It is our responsibility to present the true face of Judaism, which is a religion of tolerance and moderation.

Under Gvaryahu’s inspirational leadership, the Tag Meir Forum continues to be very active in Israeli society. Members of the forum work hard to highlight and oppose racism, incitement, and hate crimes. They combat racist publications and opinions that are espoused in the name of Judaism or Islam. They visit people who have been victims of senseless violence, engage in important educational projects, including teacher training courses, lobby for a more ethical Israel in the Knesset, and spread the word successfully through Facebook pages in Hebrew, Arabic and English, which reach thousands of people.

The Tag Meir Forum, which now numbers close to 50 organizations –comprised of multipliers throughout Israel — is keeping the light of hope alive in Israel. It is the kind of coalition that is necessary in Israel these days. And it has been fortunate to have inspirational leadership to keep it going in increasingly difficult times.