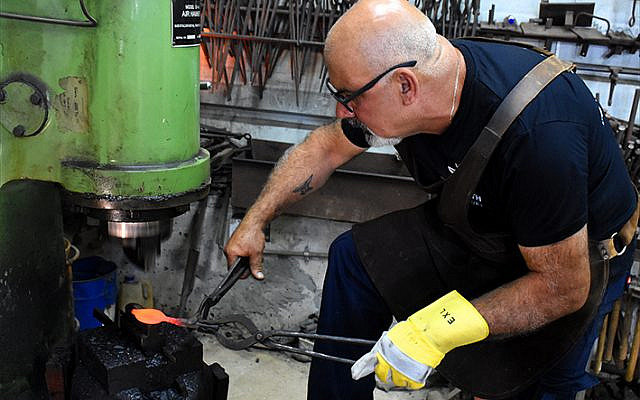 Walied Khoury, one of only two Arab blacksmiths in Israel, at his workshop in Fassouta, a Christian village in Israel’s western Galilee. (Larry Luxner)

FASSOUTA, Israel — Like everyone else in this immaculate town of 3,400 inhabitants just two miles from the Lebanese border, Walied Khoury is Catholic. And like all the other villagers, his last name is Khoury.

But this particular Khoury has an unusual claim to fame: he’s one of only 18 blacksmiths in Israel — and one of only two Arabs still in the trade.

“I began doing this work when I was 40. Before this, I marketed beef,” explained Walied, 54, as his wife, Duha, served coffee and baklava at their home overlooking the nearby hills. “When the Second Lebanon War broke out, all the businesses in the north were shut down, so I started thinking about what I could do as a profession.”

After six years as a welder, Walied decided to pursue the disappearing craft of blacksmithing. With help from fellow Israeli blacksmith Uri Hofi and assistance from YouTube, he built himself a furnace and set up shop in an annex of his house. 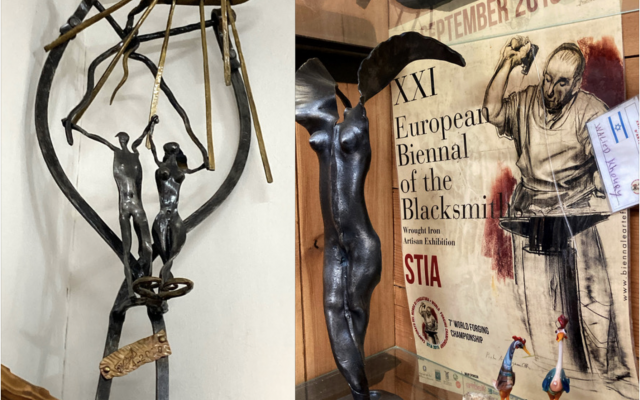 Award-winning sculptures by Walied Khoury, one of only two Arab Israeli blacksmiths in Israel, on display in the Christian village of Fassouta. (Larry Luxner)

Perfecting his technique, and using iron tools forged in his own smithy, Walied eventually won first place at a blacksmithing competition in England. Every other year, the father of four attends a similar contest in Italy.

These days, he sells his often Biblical-themed sculptures to tourists and locals from nearby kibbutzim and moshavim. They come for a few hours, tour the workshop, visit Walied’s gallery, enjoy coffee, tea and cake, and take home a small gift. The cost per person: NIS 50 (about $15).

“Most of my customers are Jewish,” said Walied, summing up the difference between welding and blacksmithing quite simply: “A welder puts together things that are imported from China. A blacksmith makes his own products, even his own tools.”

Walied was one of several memorable Christians, Muslims, Druze and Jews I encountered during a weekend trip arranged by Western Galilee Now (WGN)—a boutique tourist association—in the wake of some of the worst ethnic violence Israel has suffered since 1948. 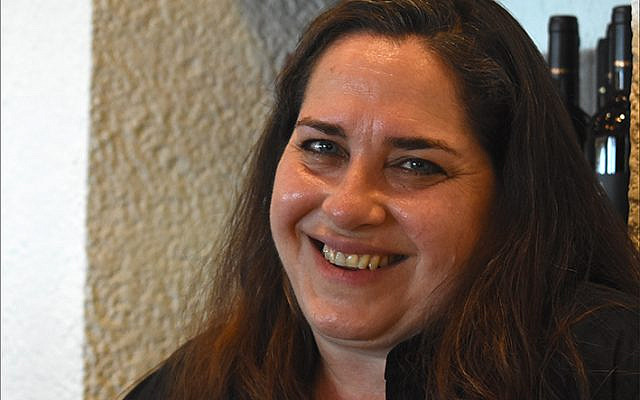 Michal Shiloah Galnoor, the association’s CEO, was a witness to that hatred.

“That first night, the riots started and they came into the building and smashed everything,” said Galnoor, speaking of the Arab delinquents who destroyed her agency’s tourism information office in the ancient quarter of Akko. “Two nights later, they came in again and set it on fire, but our Arab neighbors put out the fire.”

Today marks exactly two months since that horrible week, when this country was convulsed with Arab-Jewish rage as Israeli forces battled Hamas in Gaza. Right-wing Jewish extremists attacked Arabs in Bat Yam and Ramle, near Tel Aviv, while in Akko—which had long served as a model of peaceful coexistence—Arab gangs ransacked and firebombed the famous Uri Buri fish restaurant as well as the Effendi boutique hotel, both located in the Old City.

“The people who rioted here were youth who feel they don’t have a future. I don’t excuse them, but they don’t have jobs, or fathers with businesses. There’s crime everywhere, this was an opportunity, and they had nothing to lose,” she said, noting that Arabs comprise 95% of the Old City’s 4,000 residents. 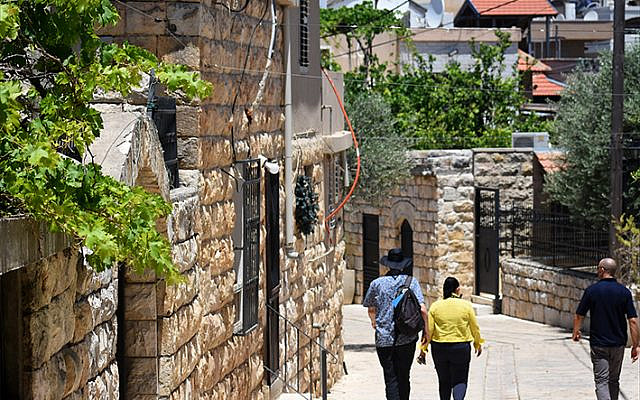 Pedestrian street in the Christian village of Fassouta, in western Galilee. (Larry Luxner)

“One of the things that came out of our meetings with local Arabs [after the violence] is the language barrier,” said Galnoor, whose grassroots consortium of 76 tour operators—funded almost entirely by JNF-USA—marks its 10th anniversary this month. She noted that in 2019, before coronavirus shut the country, Akko received 2.2 million tourists. Now the Old City’s shops and markets are largely empty.

“Their children don’t speak Hebrew, and Jewish children don’t speak Arabic. So we plan to offer Arabic lessons for whoever wants them. It’s a tiny thing, but it’s the essence of my NGO. This is the moment to rise up,” said Galnoor, adding that the JNF Western Galilee tourist information center in Akko is being rebuilt and will reopen in October. “The question is, how are we going to bring the tourists back?”

One way is to get visitors, primarily Israeli Jews but also foreigners, to immerse themselves in the local cuisine, crafts and cultures of the many kibbutzim, moshavim, Arab towns and Druze villages scattered throughout the western Galilee—a region bordered by Lebanon on the north, Mount Meron to the east, the Mediterranean Sea to the west, and Karmiel to the south.

Using Nahariyya’s nicely restored, 1930s-era Shtarkman Erna boutique hotel as a base, we drove half an hour southeast over winding mountain roads to Yarka, a Druze village of about 17,000. There we were met by the Abudola family, headed by Zarafat—a religious woman and mother of six who’s famous in her village for her unique blend of the baharat spice mix. 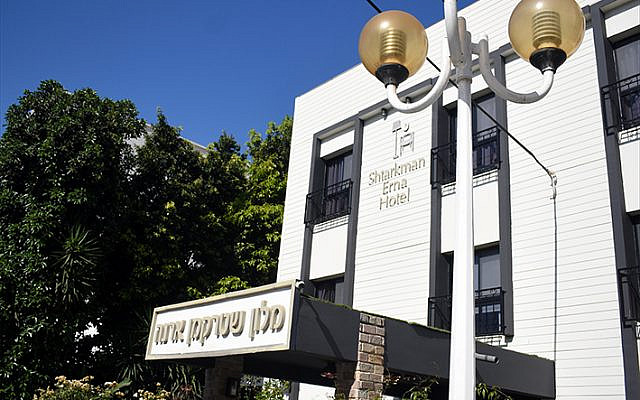 A seamstress by profession, Zarafat believes every dish she produces should be made from the raw ingredients grown in her garden. Her family is one of eight associated with GalilEat, which offers cooking workshops and home hospitality programs throughout northern Israel.

Paul Nirens, an Australian chef who made aliyah in 1984, started GalilEat nine years ago. His home hospitality and cooking workshops, including the introductions and the meal itself, generally last about three hours and cost NIS 250 (about $76) per person.

“One of the things I love about what I do is that I’ve become friends with my hosts, almost like family. I’m very much at home here,” said Nirens, 61. “I want to make money, but this is about bringing people together, into a home where they would otherwise have no opportunity to meet.”

At the same time, he said, “I’m bringing the world into their homes and showing them things they’ve never seen before.” 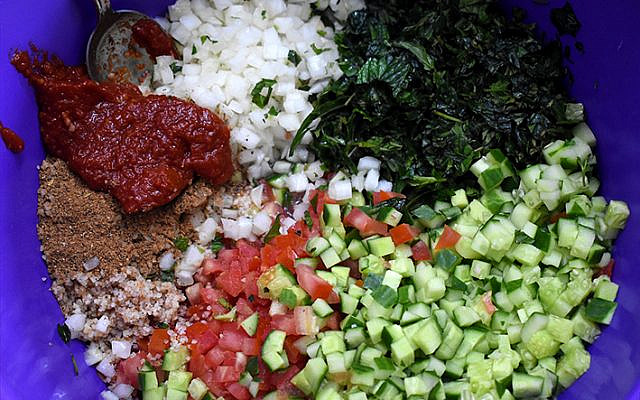 Finely chopped onions, cucumbers, parsley, mint, ground bulgur wheat softened with lemon juice and olive oil. along with tomato paste, cumin and other ingredients form the basis for a meal in the Druze village of Yarka. (Larry Luxner)

Tourists starting to trickle back to Galilee

Another woman who’s putting her cooking skills to good use is Aviva Khoury, a native of Fassouta who lives in a spacious house overlooking the mountains of Galilee.

A self-described “art chef,” Aviva—a devout Catholic despite her Jewish-sounding name—needed to figure out how to make a living after her husband became disabled. 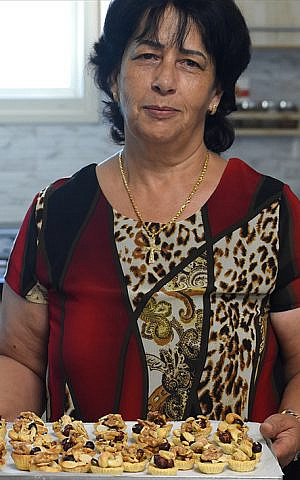 “I love the kitchen very much. I’d have no problem spending 24 hours in the kitchen if I had to,” said Aviva, who has two sons and a daughter, and who once worked for Walied’s family meat company. “I began hosting cooking workshops about two years ago, but because of the coronavirus, for a year and a half we didn’t do anything. One day, I was sitting here with my daughter, and we decided that what I really love is cooking.”

“Business is now picking up again,” said Aviva, 60. “I make pastries, light foods, appetizers and local specialties. We use fatayer, a local wild green that grows in the area, and whole wheat flour. Everything is made from scratch.”

Indeed, Jewish tourists are starting to trickle back—for the stories, the meals and the delicious pastries.

Trevor Galor, who heads customer relations and sales for WGN, said that before coronavirus, the group’s website was receiving 20,000 to 40,000 hits per month. And with overseas flights severely restricted due to new variants of COVID-19, Israelis are pretty much limited to domestic tourism.

“Families are looking for interesting things to do in the Galilee on weekends,” he said. “It’s amazing for city kids to come see what Walied does. It’s like they drink milk and don’t know it comes from a cow.” 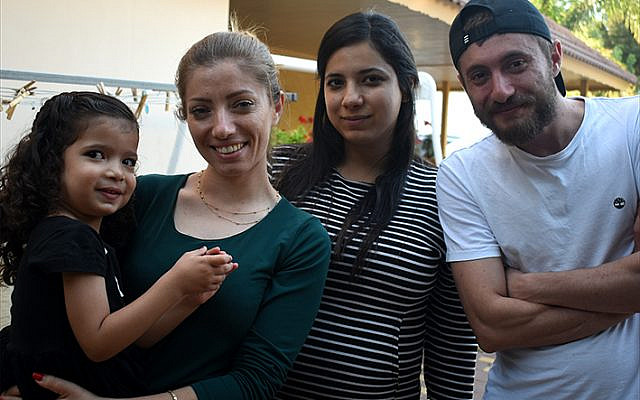 Members of the Abudola family, in the Druze village of Yarka, from left: Yulia, Yasmin, Abir and Maher. The family works with WGN to host visitors for its cooking and cultural programs. (Larry Luxner)

Galor, a native South African who lives in Ma’ale Tzviya southeast of Karmiel, said the pandemic pushed him into his current line of work.

“I had a tourism company that did Italian incentive trips, and my passion in Italy was wineries, food and meeting locals,” he said. “Then when I discovered this consortium, it was like being in Italy, only in Israel.”

Despite Galor’s 12 years in this country, he had no clue about the richness and diversity of local Arab cuisine. “And if I don’t know, obviously people in Tel Aviv don’t either, so one of my missions is to create knowledge.”

That’s also the mission of yet another Fassouta resident: Rima Khoury.

An elementary-school English teacher and fashion designer, Rima’s also a social activist who opened her own cultural center, “Beit Rima,” in her family’s ancestral home. 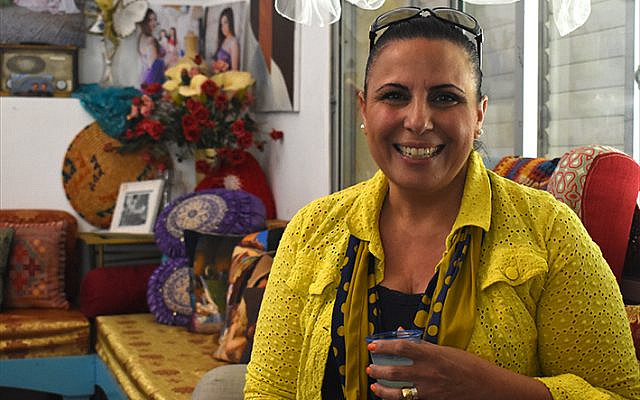 “Before 1948, this was the mukhtar’s house, and it was constantly full of people,” said the lively, multilingual artist and poet. “We lived in Haifa, but came to this house every weekend. After my grandparents died, it just sat here like a time capsule. My father didn’t know what to do with it.”

Six years ago, she began planning Beit Rima. Today, the old stone house functions as a “fusion of art, storytelling, workshops, crafts and fashion” where more than 100 students take English and art classes.

“Language is an essential part of being Israeli,” said Rima. “If we don’t have language, we don’t have connections. And if we don’t want these very sad events to re-occur, the only way to dissolve such anger is through language, and awareness of society—a society that can express its feelings through talk and not action.”

Added Nirens of GalilEat: “We have to come back into the Arab villages, and we have to talk. If we don’t talk, then we’ll just continue with misunderstandings…until we have another blowup.” 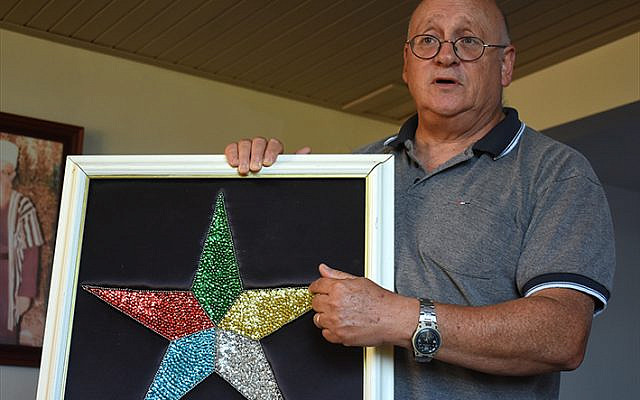 Paul Nirens, whose GalilEat project offers culinary and cultural tours of the Galilee, explains the significance of the five-pointed Druze star at a typical home in the village of Yarka. (Larry Luxner)
About the Author
Miami native Larry Luxner, a veteran journalist and photographer, has reported from more than 100 countries in Latin America, Africa, Eastern Europe, the Middle East and Asia for a variety of news outlets. He lived for many years in San Juan, Puerto Rico, and the Washington, D.C., area before relocating to Israel in January 2017.
Related Topics
Related Posts
Comments
Advertisement