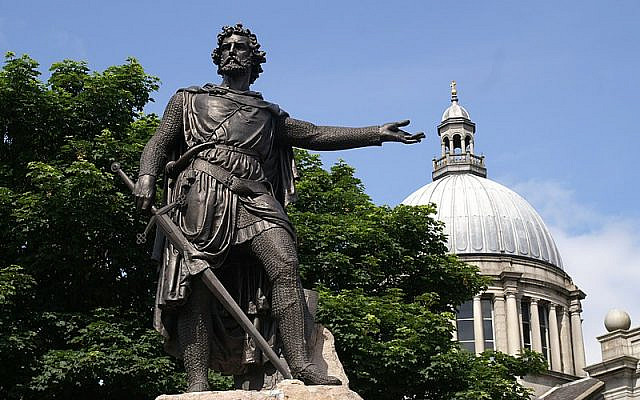 The world is fast approaching the three-quarters of a century mark for the Israeli-Palestinian conflict, with the prospect of the insanity of a modern reprisal of a new “Hundred Years War” a real possibility. How the outlandish and upside-down logic of such long-lasting enmity in the contemporary, supposedly sophisticated world of the 21st century could still exist is made clear by a survey recently conducted among University of Berkeley students which revealed not only a lack of reticence in continuing to fuel the fires of this hostility, but along with that, an astounding level of ignorance about even the most basic facts concerning the dispute.

Three quarters of Berkeley undergraduates couldn’t locate the West Bank or Gaza Strip on a map; all but a mere 16% were clueless as to the decade in which the Six Days War was fought. Only 17% had even the vaguest idea of the population figures for Israel—with college students at one of the premiere higher learning institutions in the USA estimating that Israel was home to a hundred thousand people—or 150 millions—and quite a few distressingly ridiculous guesses in between.

Sadly, with regard to the dumbing-down of American university culture, other studies and surveys indicate that close to a third of US college students lack the competence to: 1) boil an egg, 2) sew on a button, or 3) change a tire, with great numbers of freshmen entering the higher educational system in America in desperate need of remedial English and refresher courses in grade-school mathematics. So while students at California’s foremost institutions of higher learning may not have the slightest idea what something as complex and challenging as “game theory” is, for other readers across the globe that the Times of Israel reaches, world-class mathematicians, scholars in statescraft and great intellects in many fields have noted over the last seven and a half decades the frequent dismissals of Palestinian plenipotentiaries to bring this conflict to an end—and wondered out loud what the science of game theory says about those repeated invitations to push this matter over the cliff to warfare in perpetuum.

The “Prisoners’ Dilemma” is an apt analogy in examining the interactions between Israeli and Palestinian negotiators. It’s the plainest logic outlining the mathematical outcomes that describes the landscape of what compromise vs. “all or nothing” can produce. And insofar as “compromise” is concerned, the Palestinians have indeed been offered very close to everything they’ve been demanding, while turning down anything they’ve been offered.

In 2000 at Camp David, for example, with the President of the United States himself graciously brokering the détente and the entire world watching with baited breath, Palestinians were presented with the state they so vociferously demand, comprised of 100% of the Gaza Strip and 89% of the West Bank. But since the Palestinians held out for 100% of the West Bank, that sliver of disputed territory caused their statehood dreams to languish for the next twenty-one years—to the present.

As per the immutable and inviolable precepts of the “Prisoners’ Dilemma,” each instance of refusal, bull-headedness, betrayal, obvious exhibition of unwillingness to proceed as a serious partner in negotiation—each and every episode of chaos increases the chances that the end results should be chaotic for one or both of the parties. And as far as statehood for stateless peoples are concerned, there is an additional corollary which also should bode ill for holding the world’s attention for a matter now seeming more and more by the day to be unworthy of further  consideration.

The Palestinians are hardly the only people knocking at the door of the world’s collective consciousness insofar as the granting of statehood is concerned; there are many other very worthy contenders jostling for their opportunity to have their arguments heard. The Scotch, Kurds, Timorese, Catalans, Basque, Kashmiri, and many others are shunted off-stage as the next and ceaseless round of Palestinian foot-stomping monopolizes the world’s public forum.

The Palestinians have had their opportunity, and more. It’s time to focus on the other decent, patient, non-violent, respectful and genuine supplicants—those very willing to compromise—who have likewise sought their own statehood for centuries. The Palestinians have monopolized the world’s forum in this regard and it’s time for them to move on and allow the next petitioner their slot in addressing humanity.