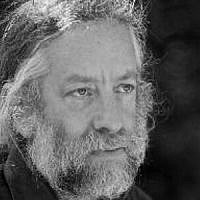 A few random thoughts with no clear conclusion.

1) I assume that the US Border Patrol doesn’t have a shoot to kill policy about Mexicans trying to cross the border.

2) There is a huge, night and day difference between a van full of Mexicans sneaking in the middle of the night and 40,000 people trying to knock down the border fence. The difference is even greater when the people being sent to the border are being organized by an organization bent on Israel’s destruction. If you can’t understand that point, stop here and go have some matza.

3) The films I saw showed violent people trying to break through the fence. Since I have a basic distaste for films coming from interested parties, I’ll take a wait and see attitude.

4) Don’t take #3 to mean that I believe that IDF soldiers are murderers or even trigger happy. That is the talk of certain MKs trying to score points and nothing more that.

5) The Government of Israel  (GoI) is handling the border very well, along with the threats coming from the tunnels and the missiles.

6) Unlike #5, the GoI has no idea as to what to do about Gaza inside the border. The GoI won’t even discuss the issue.

7) Having said that, I don’t know what can be done about Gaza. The people in charge are the evil, people who couldn’t care less about the population’s welfare. Trying to work with them is probably a waste of time. And yet I have heard people who were formerly in the Israeli security establishment saying that it is in our interest to do just that – work with Hamas.

8) The Palestinians, in particular (it seems) Gazans have this thing in their head about freeing jailed terrorists. I have asked Gazans time and time again why don’t they just drop the demand to free the terrorists and go a different path. This question goes no where, fast. Were they able to put those prisoners aside and demand improvements in their quality of life, their lives could change for the bettter, a lot faster.

9) The primary responsibility for Gaza is first and foremost on Hamas. Not the GoI, period.

10) The current total anarchy in Palestinian society may serve Israel (or rather, the Israeli right wing) in the short term. IMO in the long term it is going to cause us nothing but trouble, especially since Israel encourages this anarchy in many ways.

12) I have no real idea about how to proceed. I’d love it if the government had a clear idea of a Gaza endgame and how to achieve it, but I doubt it. The last thing that this government wants is a responsible government there.

About the Author
Ben Waxman was born in the US and served as a Peace Corps volunteer. He lived in the Jerusalem area for decades and now resides in the Shomron.
Related Topics
Related Posts
Ben Waxman
Comments