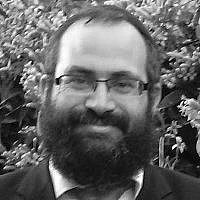 The Blogs
Oriel Einhorn
Apply for a Blog
Advertisement
Please note that the posts on The Blogs are contributed by third parties. The opinions, facts and any media content in them are presented solely by the authors, and neither The Times of Israel nor its partners assume any responsibility for them. Please contact us in case of abuse. In case of abuse,
Report this post.

The irony is that no one in the world really cares about the Arabs living in Gaza except for the citizens of Israel.
The UN uses this conflict to put more pressure on Israel in order to distract the world from the other endless conflicts that they are incapable of dealing with, the axis of evil re Hammas, Iran and Hizballa uses the civilians in Gaza as their death toll for their warped Islamic agenda, The US is trying to save their last dignity in their foreign affairs catastrophe fiasco, and Qatar and Turkey are trying to position themselves as the Islamic masters of the Middle East. Not one of these agendas really plan for the well being of the Arabs living in Gaza.

The people of Gaza must make a choice live or die. If they want a decent life and not becoming a pawn in this Middle East power struggle their best bet is with Israel. Any organization, country or terror regime that will control Gaza will turn its population into victims. In the last 20 years the Arabs living in Gaza have been the spearhead for the agenda of the Arab League of Nations who used and abused these civilians. The more Israel withdrew from Arab territory the less safety and prosperity they had.
Gaza from the 67 war until the Oslo agreement was under Israel’s control. It was not the optimum situation but it is far better than turning your cities into a big army base living in a constant state of war. The plan according to the Oslo agreement was to provide the people of Gaza the means in which they could govern their own affairs and to sustain and maintain their own well being. There was no need for arms or weapons as indicated in the Oslo agreement. The people of Gaza are farmers, fisherman and merchants that would like to see their life succeed.
That was the case before 1987, if you visited Gaza city back then, you could have done your shopping there, buy fish from local fisherman or eat Hummus at a local restaurant at the Gaza boardwalk, and all that was done under Israeli military rule. The presence of the army there was for the safety of the Jews living there but also it was there to make sure that terror organizations do not abuse the people of Gaza.

In 1987 the first intifada broke and the nationalistic dream that hailed from Tunis inspired the youth of Gaza. Although the plan was for the people of Gaza to have a leadership emerge from their own people, the result was that an outside leadership was places in Gaza for them. The “Martin Luther King” of the PLO, Mr. Yaser Arafat had a dream, a dream that turned into a nightmare. His dream was that there could be an even better life for the Arabs living there.
But as always the enemy of the “good” is the “even better” scenario. In 1992 Arafat marched into Gaza with promises of prosperity and the liberation of Gaza from the hardships of the IDF sovereignty.
The PLO ruled Gaza for 12 years which again proved to be a corrupt and abusive dictatorship that channeled the spirit of the youth towards resistance. That resistance led to the complete withdrawal of Israel from the Gaza strip in 2005. That was not enough Hammas was elected as the “even better” solution for the people of Gaza what turned out to be a catastrophic dictatorship of immeasurable proportions. And today lurking from the ruins of Mosul there is once again the “even better” solution for the people of Gaza and that is ISIS turning Gaza into a Muslim caliphate, burning churches, killing Shiites by the thousands, circumcising women, and oppressing the people of Gaza even more.

The Oslo human experiment must stop! For more than 20 years we see that this experiment on human beings has gone from bad to worse, the people of Gaza made all the wrong choices that affect them terribly and affect their neighbors.

The Gazan’s must make a choice. Do they want to prosper or do they want to die a slow painstaking death in the hands of Hammas or ISIS. The people of Gaza cannot protect themselves from these ruthless terror organizations that are turning their homes into rocket launchers and indoctrinating their children and turning them into suicide bombers. Therefore we must go back in time to the year 1987 to the situation of “Good”, not perfect but good.
Israel must liberate Gaza and control it entirely. They must disarm everyone in Gaza not a single bullet should remain there. The people of Gaza don’t need arms they need plows, they don’t need explosives they need seeds to plant, and they don’t need terror tunnels but they need kindergartens, greenhouses and agriculture. They need protection from the abuse of the League of Arab Nations. Ironically the only ones that can protect the Gazan’s from their “Brothers” is the Government of Israel.

It is time for plan B and that is the liberation of Gaza. The IDF will protect the Gaza people from ISIS, Hammas and Hizballah. It will defend it from notorious nationalistic endeavors of Turkey and Qatar, it will let the people of Gaza form their own Autonomous Mechanism aided by the international community that will have economic ties with Israel.

They could be called the self governing economic zone of Gaza or any name they choose, as long as they do not become once again a pawn in a nationalistic game of forces within the Arab world.

This plan could only happen if the government of Israel declares that they are staying in Gaza indefinitely, because at this stage the people of Gaza will never side with Israel knowing for a fact that Israel will withdraw its troops and they will be left once again in the hands and at the mercy of Hammas and ISIS. These terror organizations will be like a wounded animal after the withdrawal looking for culprits to release their anger on. If the Gazan’s will know for a fact that the Israeli’s will take full control of Gaza and that they have a plan of prosperity for Gaza like it was 30 years ago,they will choose to side with Israel.

It is ironic but it’s time for Plan B and that is the full military control of Israel in Gaza for the safety of the people of Gaza, this is the plan not more not less.

About the Author
Rabbi Oriel Einhorn is an eighth generation Jerusalemite who currently serves as the community of Kfar Shemaryahu. He got his rabbinical degree from the Har Etzion yeshiva, where he learnt for 10 years. He served as community rabbi in Hong Kong, China and Cape Town, South Africa before resettling in Israel and founding Kehillot- an organization which promotes communtiy building between Jews of all stripes. Enjoys gourmet cooking, golfing and extreme adventures.
Comments