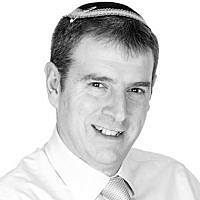 I’ve known Gena for over 20 years, from my UJS days in the 90s. I was at Stanmore with her for many years and we’ve done a lot of work together in Holocaust education, both here and abroad, so I had a personal connection to her.

The funeral was an outpouring. It was absolutely packed. You couldn’t move. I was struck by the variety of people who came. There were her community friends – one woman said she sat behind her in shul for 37 years – but also community leaders and heads of national organisations, both Jewish and non-Jewish, because she was such a national treasure, admired and respected as a leader and an educator. Also there were people she’d touched individually, so many different people, all paying respect to a wonderful, wonderful woman who gave so much to the world.

She left a legacy, of course, but also a family legacy, with eight grandchildren and 15 great-children, which is a wonderful testimony to her, the matriarch of the family.

My overriding memory of her is her smile, her positivity. So many survivors have this. You could have excused her for having resentment and hatred but whenever you heard her speak she just stressed the joy of meeting Norman her husband, of building a family. She didn’t negate the horror she went through but felt we had to build a brighter future. That’s a very Jewish ideal.

Our history is replete with that, and to me she personified Jewish history. She’d gone through hell, but come out the other side with a smile on her face, with a warmth that was just unbelievable to be around.