Tomorrow, three officers of the 180th graduating Israeli Air force (IAF) pilot training course will be women. A woman wearing her IAF Pilot’s wings is not a strange sight around IAF bases anymore.  In addition to combat and transportation pilots, the IAF has female navigators, combat helicopter pilots and Saar helicopter pilots.  Advanced Air Force training courses (of which around 600 cadets enter and only about thirty graduate) last three years and require soldiers to give an additional nine years of service.

More than 60 years have passed since a woman first completed the IAF’s pilot training course. Lieutenant Yael Rom marched amongst the 18 officers completing Pilot Training Course number 5, and was the first woman to pin on the IAF pilot wings to her uniform and served in combat in the 1956 war.  After a hiatus of forty years women were once again granted permission to enter the air combat training school after a ruling by the Israeli Supreme Court in 1997, based on an appeal by Alice Miller, a South African immigrant with a civilian pilots license, to enter the prestigious course. Miller’s appeal was based on Israel’s Declaration of Independence, which states:

The State of Israel… will ensure complete equality of social and political rights to all its inhabitants irrespective of religion, race or sex

In practicing the above, the IDF insures that Jewish homeland has become an international beacon of light for toleration, equality and inclusion. Even though Miller did not succeed in passing the rigorous requirements of the course she opened the way for other women and was invited to light the torch on Israel’s Independence Day in recognition of her battle for gender equality.

The first woman to qualify as a combat pilot after the Supreme Court ruling, Lt. R. in 2001, had to complete the rigorous course that is regarded as the toughest of its kind in the world. It cost almost three million dollars to train an IAF pilot and there is above a ninety percent drop-out rate. She not only completed the course, but excelled: she finished sixth in her class of 70 and during dogfight training she is said to have “downed” even her squadron commander! Interestingly, she was raised in Kibbutz Lochamei Hagetaot (The Ghetto fighters Kibbutz) and her grandparents were both leaders of the Warsaw Ghetto revolt. Clearly the genes are strong in her family.

There was also the celebrated case of Lt. T, who became the first religious female combat navigator six years ago. Remarkably, she had already completed her two years of national service before entering the pilot training course. During the course she was forced to eject from her plane and broke her back. After a year of rehabilitation she returned to the next course and graduated.  At the graduation of T, Prime Minister Netanyahu said,

T is an example of the equality between the sexes in Israel and proof that in the IDF there is place for all parts of Israeli society. It is important that more and more sectors become integrated into the IDF so that the burden may be shared more equitably and among more people.

Last September, Lt. Col. G. Became the first woman to lead an Israel Air Force squadron. A few months later Israel graduated the first African-Israeli pilot, Lt. T, whose father is from the Ivory Coast. The IAF, which started, “on a wing and a prayer,” has developed to be one of the world’s leading air forces largely because of the special and dedicated men and women who are prepared to give the best years of their lives to safeguard the miracle of the Jewish State for future generations. 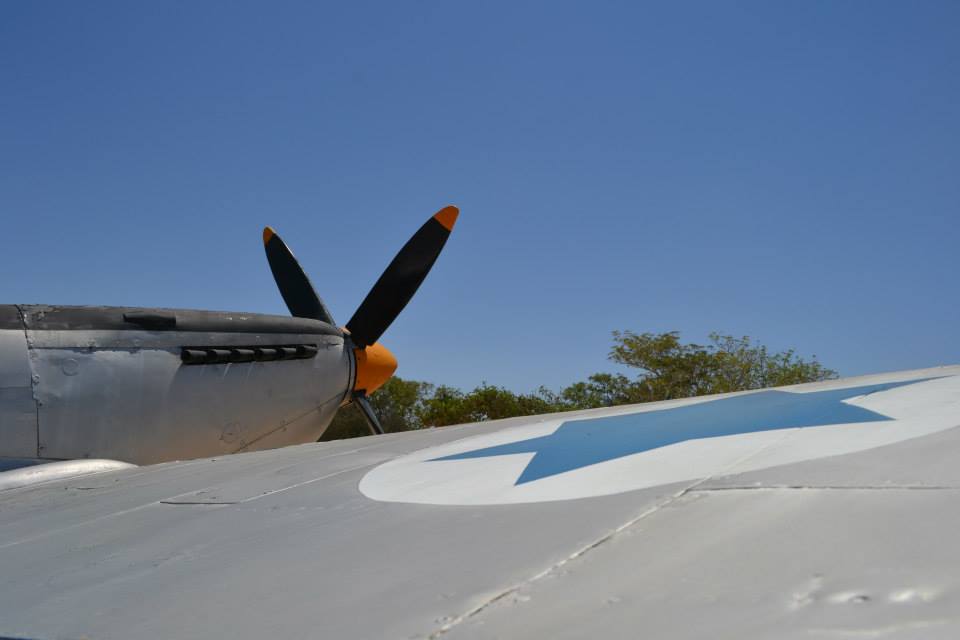 Dr. Tuvia Book is the author of “For the Sake of Zion, A Curriculum of Israel Education” (Koren, 2017).   His forthcoming book on the Second Temple Period,  will be published by Koren later this year.  He also is a  Ministry of Tourism licensed Tour Guide, Jewish educator and a Judaica artist.  www.tuviabook.com