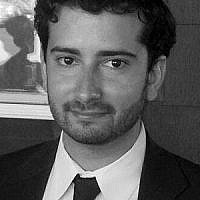 Generation Oslo is now fighting in Gaza. They were infants when their government thought it would be a good idea to give weapons, cash, and territory to the PLO -so we wouldn’t have to deal with Hamas, you see. They were studying for their bar mitzvahs when their government thought that pulling out of Gaza would give Israel “strategic depth” and, in the unlikely event that violence continued, Israel would finally have world opinion on its side.

I have started doing  a sick sort of arithmetic during Operation Protective Edge. Whenever the IDF releases the names and ages of fallen soldiers, I take their age and I subtract 5. Most of these guys were 15 or 16 during Operation Cast Lead. Some were 14.

At the end of Operation Cast Lead, I and every guy in my unit was livid that we were withdrawing under yet another unilateral ceasefire. At the beginning of Operation Cast Lead, my unit was visited by some men from kibbutzim in the south that had been subjected to incessant rocket fire for nearly eight years. They told us the whole country was behind us. They told us they were grateful to us. They told us stories about mothers who had 15 seconds to choose which child they would shield with their bodies. And they told us that we were about to put an end to that state of affairs.

In retrospect, we were never going to do that. Cast Lead was about reestablishing deterrence. It was about exorcising the ghosts of 2006. We took up positions outside of the heavily built-up neighborhoods, and waited for a command that never came. And as we marched back to Israel in the predawn hours of January 18 2009, we knew that sooner or later, the IDF would come marching back the other way.

War is hell but it happens for a reason. In Clausewitzian terms, it’s two sides trying to impose their will on each other through organized violence. When the two sides have disparate military capabilities, their strategies differ to suit their capabilities. Their tactics are crafted to effect their strategies. Hence, asymmetric warfare. Hamas’s strategy depends on the cynicism and willful ignorance of millions. Their tactic is thus to attack Israel from among Palestinian civilians. Their strategy depends on you not knowing what war crimes actually are. Their tactics are war crimes. According to the Geneva Conventions, Protocol I Article 52, “military objectives are limited to those objects which by their nature, location, purpose or use make an effective contribution to military action and whose total or partial destruction, capture or neutralization, in the circumstances ruling at the time, offers a definite military advantage” [emphasis added].

So it doesn’t matter if Israel bombs a school, a mosque, or Catherine Ashton’s favorite falafel stand; if the IDF is certain that Hamas is using these places for a military purpose, they become military targets. This is precisely why it is a war crime for Hamas to so endanger these areas in the first place.

During every round of violence involving Israel, sanctimonious inanities rain down thicker than a rocket barrage. For America, it has become state policy. The Obama Administration has announced that it is seeking an immediate ceasefire, based on the ceasefire in 2012. This would leave much of Hamas’s terror infrastructure intact. Israel doesn’t need an arbiter right now. Israel needs an ally. Israel is at war with political Islam, whose ethos is that Muslims have a divine right to dominate non-Muslims. It is much like the Nazi ethos that Aryans had a natural right to dominate non-Aryans. Their strategies and tactics may differ, but the will they seek to impose on a free people is the same.

In light of these facts, an immediate ceasefire is not innately moral. As of today, the IDF needs more time if it is going to do more than just “mow the lawn”.  Mowing the lawn means dooming today’s high school students to more hell in a few years, not to mention the civilians of Gaza. If the “humanitarians” could stop feeling good about themselves for an instant, they would be ashamed.

About the Author
Brian Albert made aliyah in 2006. He served in the Golani Infantry Brigade and participated in Operation Cast Lead in 2009. After the army, he studied Middle Eastern History at Tel Aviv University. He now works as a Campus Coordinator for the Zionist Organization of America. He makes a mean cheesecake.
Related Topics
Related Posts
Comments