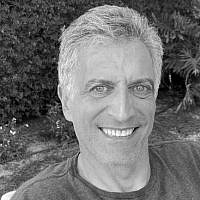 The Blogs
Yadin Kaufmann
Apply for a Blog
Please note that the posts on The Blogs are contributed by third parties. The opinions, facts and any media content in them are presented solely by the authors, and neither The Times of Israel nor its partners assume any responsibility for them. Please contact us in case of abuse. In case of abuse,
Report this post. 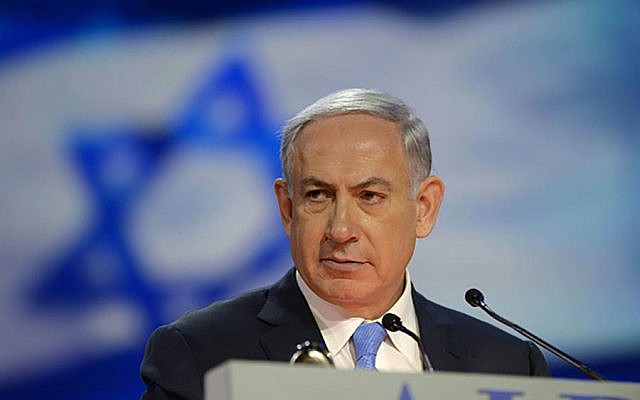 Is Benjamin Netanyahu God’s gift to Israel, the greatest statesman ever to have led the country — or is he a corrupt politician, unfit for office because he faces three criminal indictments? Does he deserve to be reelected because of his extensive experience on the world stage, his handling of the Iranian nuclear threat, and signing of the Abraham Accords — or tossed out because has failed to get us any closer to resolving the Palestinian conflict, deepened conflicts within Israeli society, and damaged relations with US Democrats? A hero for having delivered millions of coronavirus vaccinations — or the opposite, because he mishandled the COVID-19 outbreak and therefore bears responsibility for nearly 6,000 deaths, rampant unemployment, and the collapse of thousands of businesses?

Sure, these are all important factors. They deserve to be weighed and — in normal times –they should determine whether someone votes for, or against, another Likud-led coalition.

But these are not normal circumstances. Today, even voters who think “Bibi” is the “greatest of all time,” should vote him out of office — because his continued rule threatens Israeli democracy. Fifteen years as prime minister (consecutively since March 2009 and from 1996-99) is more than enough for any leader, and has already frayed the country’s democratic fabric.

The risks to democracy of a leader’s infinite rule have concerned philosophers, thinkers, and politicians for centuries. Extended time at the helm carries with it — inherently — the risk of tyranny and autocratic rule. Over time, the leader comes to believe ever more firmly in the wisdom of his path, and to devalue the need for input and advice from others or a thorough airing of views before making decisions. Over time, too, the leader becomes less willing to tolerate criticism – whether from his government colleagues or from other branches of government, the media, and the people. Ministers become less willing to express independent views. Over time, whether actively or by force of inertia, a ruler suppresses the rise of new political leaders who have different and innovative ideas and policies.

Democracy requires change in the decision-making personnel, and, preferably, from time to time also between Right and Left. That change is necessary to create the competition that strengthens institutions and the democratic process.

And no one is irreplaceable. Even such legendary leaders as George Washington and David Ben-Gurion, fathers of the American and Israeli nations, understood that they needed to step down. Both left office in shorter order than Netanyahu. Will the state collapse if he leaves? The threats faced by the nascent United States and Israel were no less daunting than the coronavirus and the Iranians. Surely, many citizens at the time feared a future without the “Founding Fathers.” Nonetheless, their countries survived and even thrived — as will post-Bibi Israel.

Washington, the first US president, established a tradition of a president serving not more than two (four-year) terms, to ensure that no person would amass excessive power. That tradition was broken only by Franklin Roosevelt, the 32nd president, during World War II. Following FDR’s 16 years in office, the US Congress amended the Constitution in 1951 to limit a president to two terms, in order to protect the country’s democracy. Indeed, almost all democratic states cap the time their leaders can serve. And the inverse is true, too: countries whose leaders retain power for lengthy periods generally become autocratic.

Netanyahu himself supported limiting a prime minister to two terms. “If you don’t get it done in the first term, maybe you’ll do what you need in the second term,” he told Dan Shilon, in a televised 1997 interview. “But you don’t need more than that. Get the things done, and — in the political sense — go home.”

Indeed, it is not surprising that after 12 consecutive years (and another three in the ‘90s) of Netanyahu in the Prime Minister’s Office, the abovementioned dangers to democracy are evident: In the absence of ministers and coalition MKs who dare to object to Netanyahu’s moves or to insist on real debate of the matters of the day; in the arrogance that the PM and some of his ministers demonstrate toward the judicial branch; in the harsh statements aimed at the attorney-general and other civil servants, and more. Checks and balances have weakened, even if they have not yet disappeared altogether.

These dangers will only increase if Netanyahu’s term is further extended. They outweigh any advantage he offers.

Israel has not yet enacted a law limiting a prime minister to two terms; hopefully, this will be among the first items on the agenda of the new government, whatever its composition. But meanwhile, every voter has the power to “enact” such a law for himself or herself on March 23rd. Care about democracy? Make sure we get fresh blood at the helm — and not someone seeking 19 years in power.