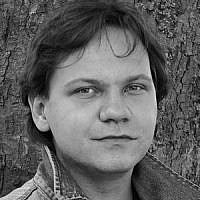 The Blogs
Sascha Schultz
Apply for a Blog
Advertisement
Please note that the posts on The Blogs are contributed by third parties. The opinions, facts and any media content in them are presented solely by the authors, and neither The Times of Israel nor its partners assume any responsibility for them. Please contact us in case of abuse. In case of abuse,
Report this post.

The German public opinion is far more up to pay attention to anti-semitic riots in Germany.
As the press kept silence in the last week, editorials and comments show a change towards the need of reporting to the interior happenings.


Ulf Poschardt, vice editor-in-chief, states in the conservative “Welt”, one must not agree with Israel’s policy towards Gaza and the war against terror in order to protect Jewish organizations and people in Germany. On the contrary, “hatred and violence are unacceptable”. Nothing should lead to the point that Jewish people might want to emigrate from Germany. The commentator just reacts to violent events which happened to Israeli tourists in Berlin beside a pro Gaza manifestation, which hardly could be intercepted by police.
(“Deutschland muss Antisemitismus hart kontern”, Die Welt)

For the post-communist “Neues Deutschland” the German Linkspartei plays an important role to the recent anti-semitic tension towards Jewish activists, organizations and pro Israel people.
Reviewing the Friday’s Essen confrontation, editor Marcus Meier states, that seriously injured and deaths were possible. To Meier, the NRW branch of the Linkspartei is going wrong: Friday’s events were not a peace sign, it was a sign of anti-semitism and pure violence.
(“Für Frieden?”, Neues Deutschland)

The Israeli ambassador to Berlin, Mr Yakov Hadas-Handelsman, comments on the liberal “Berliner Zeitung”, there is no right to spread hatred against others in a democracy. To Mr Hadas-Handelsman, claims like “Hamas Hamas – Jews into gas” are not just historical from 1934, we can hear and see it in Berlin in 2014. Those protesters, belonging both to radical islamist and right wing circles as well as leftist organizations use the constitutional rights of free speech and demonstration to defame and attack Jews and Israel sympathizing people. “Now there is the time to act”, concluded the ambassador.
(Berliner Zeitung)

The former Israeli ambassador to Berlin, Mr Avi Primor, states for the website of the German news program tagesschau.de the Hamas is to be blamed for the escalation in using Palestinian people as human shields. To Primor, there is no alternative to the recent strategy of the Israeli government.
(Interview with Avi Primor, tagesschau.de)