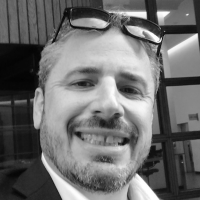 The Blogs
Brad Goldberg
Forensic CPA, MBA, PMP, Father, Marathon Runner
Apply for a Blog
Please note that the posts on The Blogs are contributed by third parties. The opinions, facts and any media content in them are presented solely by the authors, and neither The Times of Israel nor its partners assume any responsibility for them. Please contact us in case of abuse. In case of abuse,
Report this post. 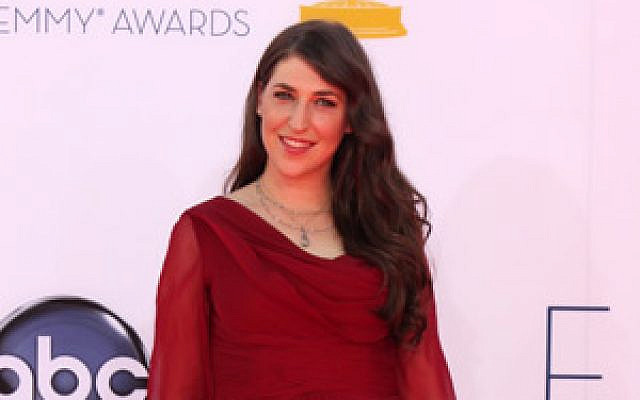 Per Brad Goldberg, "Mayim got her "Get" and so can you!, Follow these instructions..." (Kveller/JTA)

Dear newly divorced Jewish women,
Your answer and conclusion at the bottom of this article on what you should do….

You divorced the wonderful man and you love him as the father of your children.  You want him to continue to have a great relationship with the children and you encourage that and support it and never speak badly about him to the children.  You are noble and even when he is vindictive, you respond with peace, love for him as the father of the children and offer even more undeserving time with his children who he treats poorly and let him slide on expenses sometimes, for the children to have a father and to love their father even when that father treats you like crap (as if you care anymore).  Did I say you never speak badly about him too, except to the mirror?

Then the bastard doesn’t give you a “Get”!!!! EVEN WHEN THE JUDGE WRITES HE MUST AND HE DOES NOT FOR OVER A YEAR SO FAR!!!  Reminder: He is the father of your children and you are NOT vindictive and you want them and encourage them….blah blah blah….Mesorevet get

In 2007, an Israeli survey revealed that there only 180 cases of refusing-get husbands including 69 documented agunah cases.  Mazal Tov Men! Refuse a Get even for one day, and you are part of the 180 person Club!  Put that on your resume.

A Religious Divorce, so simple, the regular Civil divorce is done, with one signature and no money needed, he signs his name on a “GET” document and DONE! Poof! You as the woman can go live your best life and remarry, or not, or do whatever the heck you want.  HE THINKS HE STILL HAS POWER OVER YOU! Yea right….not giving you the GET is the worst thing he ever did in his life. Why? Because one day the children will find out he made you wait for the GET to be vindictive (time is ticking guys, the longer you wait, the worse the story will be when the children hear it later in life)…..the children will not hear that he did not give the GET from you, but from someone else or by asking the father, I wonder if the father will tell the truth or spin/rationalize it or blame the mother for him not getting the GET, lol, he probably will….I bet he says that “your mother refused to take the GET!” lol.

But let us say you are not as noble as I think you are, lol.  Let’s just say you are like some of the woman in the past that wanted that almighty, “GET”.  Well, here are some stories from history that maybe the loving father might read if he “GETS” this link (stop the pun Brad!).

NOTE: I DO NOT ENCOURAGE ANYTHING ILLEGAL AND IT WILL BACKFIRE!!!  I AM SERIOUS, WOMAN….DO NOT DO ANYTHING ILLEGAL, UNETHICAL OR IMMORAL, DIRECTLY OR INDIRECTLY OR EVEN THE PERCEPTION OF IT TO GET THIS “GET”…HE IS BAITING YOU!!!…..OR YOU CAN LOSE YOUR CHILDREN!!! AND IT WILL NOT BE WORTH THE STUPID PIECE OF PAPER YOU MAY OR MAY NOT WANT FROM THIS MAN OF YOUR PAST, I REPEAT, BE GHANDI, BE NOBLE, BE THE GOOD QUEEN THAT YOU ARE….

Here are your 18 Choices:  Choose at your own risk, my conclusion and choice is at the bottom under 18.

1) The Sopranos (A TV Show) has an episode “Denial, Anger, Acceptance” (1999),  where Tony “convinces” a stubborn Orthodox Jewish man to give a get to the man’s wife.

2) I do not think this is good or encourage this type of behavior but this did happen in 2013, the New York divorce coercion gang, a group of rabbis, forced gittin (giving of the GET) through the use of torture.  Thank God it was closed down by the police and FBI.

3) If the man is thought to be “not a sane individual” then, woman, do not ask for the “Get” “Yet” because if given by a man not sane then it is invalidated, the man must be sane when giving it, so relax “MAN” if you do not give it, you can just be considered insane and that is why you are not being asked for it anymore until you become sane (she will decide when you are sane). (For more on this read about “Get of Cleves”)

5) hafqa’at kiddushin, or annulment of the marriage by the bet din and the GET is not needed anymore from the man because the bet din will do it on your behalf, men and will post this in all the Orthodox community newspapers, blogs, internet sites and shuls.

6) SUE:  Mesorevet get (Get refusal), the wife has the right to sue for divorce in a rabbinical court. The court will require the husband to divorce his wife. The ex-husband can be ordered  legal penalties to granting the GET. The court has done the following many times: monetary penalties, “forcing the husband to spend the night at an unmarked grave (with the implication that it could become his grave)”, prison.

9) Because of the dire situation of the agunah, every effort is made to release her from her marriage. This can be done in three ways:
(A) Locating the husband and persuading him to give his wife a get;
(B) Providing evidence that the husband is dead;
(C) Finding a flaw in the original marriage ceremony, thereby retroactively annulling the marriage.

10) According to halakha, a get is only valid when it is given by a husband to his wife of his own free will.  However, under certain circumstances such as intimate partner violence or emotional abuse, especially where such abuse and refusal to grant a get, or ignoring the ruling of a beit din, has been ongoing for a period of several years, pressure may be applied on a husband to force him to grant a divorce to his wife.  Where a woman has proven one or more of a list of particular grounds for divorce, the beth din (rabbinical court) may apply pressure on the husband in these situations.  There are some halakhic decisors who would act accordingly in the cases of abuse or neglect.

12) As ruled by Rabbeinu Tam, pressures that can be exerted against the man include shunning, denying him communal benefits and honors, and in extreme cases even imprisonment.

13) In Israel, rabbinical courts are allowed by law to implement various measures to persuade a man to grant his wife a get (Rabbinical Courts Law [Enforcement of Divorce Rulings] 5755-1995).  These sanctions are a modern-day version of the aforementioned, Harchakot D’Rabeinu Tam, which include: revoking of a driver’s license, closing of bank accounts, revoking professional licenses such as medical and legal, cancellation of a passport, and incarceration. Practically, one of the most effective of these has turned out to be revoking a recalcitrant husband’s driver’s license.

14) In Israel, rabbinic courts can even imprison a husband until he acquiesces and grants a get to his wife.

15) In 1995 the Israeli parliament gave the rabbinical court expanded legal power to sanction men who refuse to give their wives a get by suspending their driver’s licenses, seizing their bank accounts, preventing travel abroad and even imprisoning those who do not comply with an order to grant a divorce

16) In 2004, Justice Menachem HaCohen of the Jerusalem Family Court offered new hope to agunot when he ruled that a man refusing his wife a get must pay her NIS 425,000 in punitive damages, because “Refusal to grant a get constitutes a severe infringement on her ability to lead a reasonable, normal life, and can be considered emotional abuse lasting several years.”

17) ….consequences that stem from not granting a get, and the right of the woman to receive punitive damages. This ruling stemmed from the Public Litigation Project initiated by the advocacy organization Center for Women’s Justice as one of a number of successful lawsuits filed in Israeli civil courts claiming financial damages against recalcitrant husbands.

18) Who cares, the whole GET thing is ridiculous anyway, a rule made up by a bunch of dumb men.

Choose Number 3 above:  If I were you, Women, do not ask for the GET anymore and deem him, “insane” and that even if you got the “GET” it would not be valid due to him being insane.  Once you decide he is sane you can give him the privilege and opportunity of giving you the GET to clear his name and show everyone he is now a SANE man and maybe his lucky next girlfriend would like to hear that, too.  NAMASTE.

Relax, Mayim got Jewish Divorced and a Get, you can do it too! 🙂
https://www.kveller.com/the-jewish-divorce-getting-a-get-with-mayim-bialik/

About the Author
Brad Goldberg ~ Forensic CPA, MBA, PMP (A Sarcastic New Yorker) ~ Father with Integrity, Ran Two full Marathons, Brings the best out of other people, says things in 10,000 words that can be said in 2.
Related Topics
Related Posts
Comments