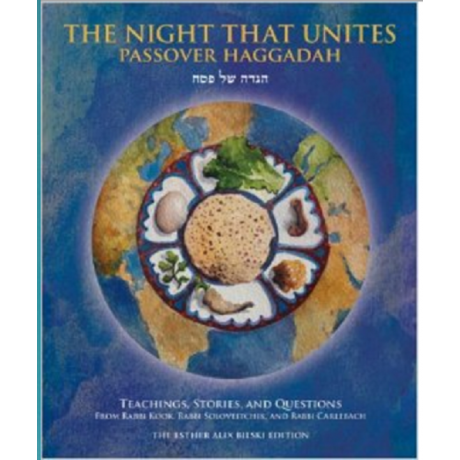 Now you may think this is a crazy headline for my Pesach blog.

However in the Haggadah itself just before the blessing of the 2nd cup of wine, there is a blessing which in English says “We will thank you with a new song for our redemption and the deliverance of our souls”.

So here we have it  – there are 2 forms of redemption physical and spiritual.

Not only that, but we also thank Hashem with a new song.  What is the idea of a new song?

Human Nature looks for something new – a new car, new food etc. So too in our spiritual endeavours. We need something new, something exciting. We are always looking for that insight to inspire our Seder. While I can not promise to deliver here, it is amazing that we learn new insights every year even though did the Seder last year and the years before that.

While we celebrate the physical redemption from Egypt, Pesach is a time focus on our souls.

In this generation, we are slaves to work and our phones. (speaking for myself here).  In past Seders, I asked a question – who is free?  Unfortunately, I am still a slave. Life is not easy and earning a livelihood is takes too much of time. The important thing (preaching to myself) is to take a timeout – to meditate, go for walks and spend quality with your family

Another idea brought down is when we rid of our Chometz we get rid of our arrogance, we rid ourselves of excess materialism.

There is custom to give Charity, especially before Pesach to help those less unfortunate. This is continued at the Seder when at the Seder in Ha Lavhmanya invite to those people without a place for the Seder to join us.

Rabbe Nachman says Yom Tov stands on the street corner and screams out to the world, “Please know that G-d is leading the world, that there is no nature!” He says you have to put your ears and your heart very close to hear this screaming. The more you hear the Yom Tov yelling out that G-d is leading the world, the more you feel the joy of Yom Tov. G-d forbid, if you are not so happy on Yom Tov, that means you didn’t hear it calling. How do you get the ears to hear Yom Tov calling? Before Pesach you must give charity, you must give to the poor. You train your ears by hearing the crying of those in need.

While these ideas are nice, this is not the main theme of the Seder.  The main task of the Seder is to pass on our heritage to our children the next generation.

We pass on the message that even though sometimes there is no hope out of the situation, Hashem does redeem us.

In every generation, the nations of the world have tried to destroy the Jewish people.  and yet somehow through Hashem kindness, we are saved.

This is the idea beyond of the symbols on the Pesach table. Extracted from the teachings of Reb Shlomo.

“The three pieces of matzah at the Seder symbolize the three founding fathers – Abraham Isaac and Jacob. But now listen to something deep: the four cups of wine represent the four holy mothers of our people – Sarah, Rebecca, Rachel and Leah.

To make haroses you have to grind together a lot of apples, figs, and nuts and put in a little bit of wine, and cinnamon. This is to remind us of the mortar we put between the bricks when we were slaves in Egypt. At the seder, we take the maror, the bitter herb, and dip it into the sweet haroses. Even in your greatest pain, G-d makes the pain wide enough for you to go through. Meaning to say, even when G-d gave us all the maror in the world, all the bitterness, there was always just one little sweet spot.

Rebbe Nachman talks about something called Noam Elyon, a kind of holy sweetness which flows down from Heaven. This sweetness is so whole, that if your mind isn’t whole, and if your emotions aren’t whole then you can’t taste it. You don’t have the plate in which G-d can give you the taste of holy sweetness.

Matza is the simplest bread in the world, just flour and water. No salt, no pepper. Rebbe Nachman says that on Yom Tov the Noam Elyon flows from Heaven in simplicity. If you are not whole, you cannot receive it.

The matzah we eat gives over to us its simplicity, wholeness. Matza tastes so good because it is a piece of the sweetness of Noam Elyon.

What makes us so perverted? We put so much work into our little piece of bread. What do people do for the few rubles they make? They put their whole heart and soul into it, and each time they do, they become more and more slaves.

The matzah we eat on Pesach doesn’t take much time to make. We put the least amount of time into our food, and the rest of the time we have is for doing great things, to be free. When you eat the matza you really have to be with it, you can’t talk or joke. The piece has to be really big, and you sit and mamash eat matza. Once a year there is a mitzvah to eat, we are commanded to eat matza. Okay. It is also a mitzvah to eat on Shabbos, but it is not on the same level.

On Shabbos we have to be happy, oneg Shabbos, so we make ourselves happy by eating. On Seder night we fulfil the biggest mitzvah in the world when we are eating matza. The holy Sanzer would sit after the seder, and put his hands on his stomach, and say “Ay! Tonight my stomach did so many mitzvos!”

The afikomen, the last piece of matza is really not from this world. We put it away, we hide it, and then we eat it. It is coming from a completely hidden world. When we eat the afikomen all our prayers are answered at that moment.

On Pesach, we celebrate freedom, which means that G-d in Heaven opens the gates of freedom. This world is just a vessel for higher worlds, so something is happening in Heaven on Pesach night, and actually the whole month of Nisan, the month of freedom.

The Ishbitzer says this is why winter comes to the world. The voice which wants to stop life becomes too strong for a time. Then the voice which says “Let there be man” becomes strong again, and we have springtime, Pesach.

Why do we have to eat every day, over and over again? Nature doesn’t really trust man, because she knows that we have something inside ourselves which wants to destroy life. So nature gives its life -an apple, or some grain we can make into bread, but only enough for a few hours or a few days, because the earth doesn’t completely trust man to listen to the voice which does say “Let there be man”.

On Pesach, we celebrate the power of giving life. The Zohar calls matza “nahama dmehemenusa”, bread of faith. It is the fruit of the Tree of Life before Adam sinned. One fruit is enough to give you life completely so you don’t have to eat over and over again. If man would only really have faith, one piece of matza would be enough to last him for his whole life.

This is also why the last meal on the last day of Pesach is called Messiah ‘s seuda, the feast of the Messiach. When the Mossiach comes one piece of matza will again be enough to give life to a person because the earth will be able to trust man again.

BRINGING OUR OWN BRICK

“Rebuild Jerusalem, the Holy City, speedily in our days”

Reb Elimelech went over to one of the angels and asked him, “Why are there so many angels bringing bricks?” The angel turned to Reb Elimelech and said to him, “Don’t you know? Each and every person needs to bring their own brick for the rebuilding of the Temple”.

Reb Shlomo Carlebach taught: “Each of us needs to bring our own brick for the rebuilding of the Temple.”

Reb Shlomo explained the prayer, “Rebuild Jerusalem,” with this story. Most translate the phrase beemhayra v’yameinu, “speedily and in our days” to mean that we are praying that Jerusalem and the Temple be rebuilt quickly so that we will be able to see it within our own lifetime.

The phrase can be understood to mean not “in our days” but “with our days.” In other words, let us rebuild Jerusalem by the way we live each day.

This prayer can be further understood by Rabbi Abraham Isaac Kook’s words which are so insightful on the following teaching of the Haggadah: “In every generation, we have to see ourselves as if we had left Egypt.” This is generally understood to mean that on the Seder night we should envision ourselves leaving Egypt. Rabbi Kook understood this phrase differently. He gave it a more contemporary meaning: “In every generation, every person needs to see how they are playing a role in the redemption of Israel and mankind.” Egypt was only the beginning of the process. The redemption continues in every generation. Each of us is responsible to play a unique role and contribute to bringing that great day.

About the Author
Jeffrey is a Blogger, Entrepreneur, and Philanthropist (we can only dream) living in Jerusalem. He is a young grandfather who has five kids and six grandchildren. Jeffrey is promoting a vision for a better and fairer world through https://upgradingesg.com and amongst his activities, he is the CFO at https://www.dreamvalleyglobal.com who are bring Smart Agriculture (The Israel Agro model) to developing countries.
Related Topics
Related Posts
Jeffrey Levine
Comments