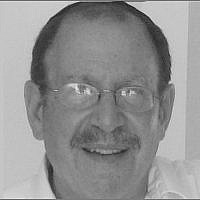 The Blogs
Akiva Lane
Apply for a Blog
Please note that the posts on The Blogs are contributed by third parties. The opinions, facts and any media content in them are presented solely by the authors, and neither The Times of Israel nor its partners assume any responsibility for them. Please contact us in case of abuse. In case of abuse,
Report this post. 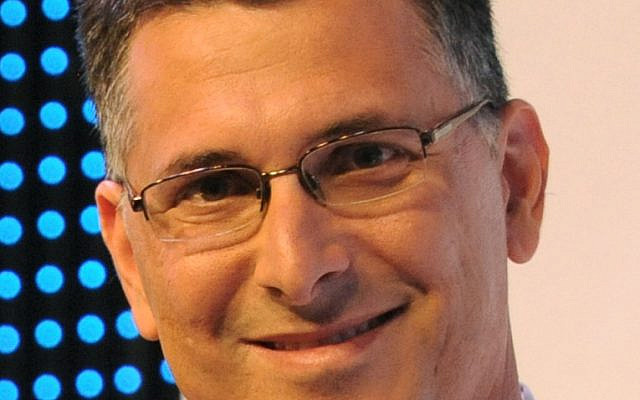 The Change Government coalition, headed by Yair Lapid and Naftali Bennett, has so many powerful vectors pushing and pulling in different directions that it’s hard to see how it can survive for very long. Its disparate members have contradictory views on Haredim, Arabs, settlements, ‘two state solution’, the Supreme Court, the draft – just to name a few of the major machlokot – that it can be likened to a forced marriage with the partners incessantly feuding.

Parties that have been left out accuse Bennett of betrayal, of having an insatiable lust for power that clouded his vision to accept to ‘lead’ such a powder keg. But Bennett felt that this was the only way to avoid a 5th election that theoretically could be followed by an endless series of additional elections.

However, the person most responsible for bringing about this strange new government is Gideon Sa’ar. After the internal Likud election of December 2019, when Netanyahu handily beat Sa’ar 72.5% to 27.5% for leadership of Likud, Sa’ar began what can be called Sa’ar’s Gambit to remove Bibi from the reigns of power of both Israel and the Likud party. Sa’ar quietly said that it was no longer in the best interest of Israel or Likud for Netanyahu to be at the helm. Sa’ar maintained that Bibi’s personal issues and agendas, partly because of his trial and other matters, caused him at times to make decisions that were divergent from what was best for Israel and Likud.

But Sa’ar knew that Netanyahu has a steady iron will that has served Israel very well for several decades, and getting him to release his grip on power would not be an easy task. I don’t think that Sa’ar bears Bibi any ill will or personal animosity, and I think that he still has a tremendous respect for Bibi’s abilities and accomplishments, that have helped Israel enormously for a very long time. But Sa’ar felt that it was now in the best interest of both Israel’s and Likud for Bibi to release his grip and step aside.

So after Sa’ar lost the Likud leadership election, he formed his New Hope party. In the March 2021 election, the New Hope party garnered 6 seats, filled by Sa’ar, Yifat Shasha-Biton, Ze’ev Elkin, Yoaz Hendel, Sharren Haskel, and Benny Begin. After the election, Netanyahu was given the task of putting together a group of 61 Knesset members to form a government. But with Likud (30), Shas (9), Yamina (7), UTJ (7), and Religious Zionists (6), Bibi had only 59 seats. It would have been so easy for Sa’ar’s New Hope party with its 6 seats to join and make a majority. However Sa’ar and his fellow New Hope members were steadfast, and quietly and totally resisted, because their whole raison d’etre was to have Netanyahu release his grip on power.

How could the members of New Hope party join in the Change Government coalition, when their point of view on so many issues are totally divergent from that of so many of the other members? The answer is simple. Not because they think it will be possible for such a potpourri of conflicting agendas to agree on much or get much done. It is only for one purpose. To get Bibi to release his grip on power and move on. The first goal – of getting Bibi to release his grip on being Prime Minister – looks as if that will soon be accomplished.

Sa’ar’s second goal is to encourage his former Likud members to realize that their best path forward is to choose a new leader – such as Nir Birkat or Yisrael Katz – to replace Bibi as the head of Likud. Then the path forward is simple and obvious. The Lapid-Bennett government will tear itself apart and fall. Then a very stable new right wing government will form with 65 seats, made up of Likud (30), Shas (9), Yamina (7), UTJ (7), Religious Zionists (6), and New Hope (6). This could be joined by Benny Gantz Blue & White part with its 8 seats, bringing the total to 73. And the door would probably be open to the Ra’am party with its 4 seats – for quiet positive change in the Arab community – bringing the total to a super-stable government of 77 seats.

Gidean Sa’ar realized as soon as he lost the Likud internal race that NOTHING was going to convince Bibi to release his grip voluntarily. Bibi’s iron grip has served Israel extremely well for many years. Sa’ar will be the first to admit this, and to express his admiration for Bibi’s great accomplishments. But he felt that it was time for a change of leadership, and he knew that Bibi would not accept this voluntarily or easily.

You’ll notice that Sa’ar has not been very outspoken or vociferous regarding his position that Bibi should release his grip on power. He knows very well that words or arguments would have little effect on convincing Bibi to step aside. Why shout about it, when only a fait accompli of losing would convince Bibi of letting go and moving on.

Therefore, Sa’ar very willingly has joined the Lapid-Bennett Change Government coalition, and has gone through the motions of agreeing to forming this new government. However, the Gideon Sa’ar gambit sole goal is to convince Bibi that it is time to step aside. Soon Bibi will find that he is no longer Prime Minister. Then the ball will be in Likud’s court to realize that the only way forward is to find another leader to replace Bibi. When this is accomplished, Sa’ar will join a solid and stable right wing government of 65 members without new elections. Then Gideon Sa’ar’s gambit will have been successful.