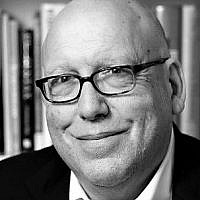 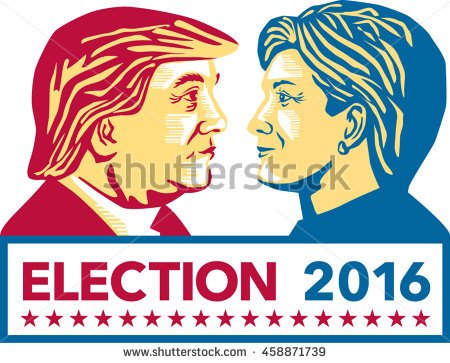 Let’s not start with the American elections.

Let’s hold an election for the most important Jewish musical of all time. Is there any doubt in your mind?

Fiddler on the Roof would win — hands down.

If we were to vote for its most memorable line, it would be:

“Rabbi, is there a blessing for the czar?”

“May God bless and keep the Czar – far away from us.”

In fact, yes — there is a blessing for the czar – or to be more precise, for the governments and the countries in which Jews live.

That tradition started with the prophet Jeremiah. He counseled the Jews who were in exile in Babylon to “seek the peace of the city in which you are in exile, for in its prosperity, you shall find prosperity.”

A few centuries after that — in the Mishnah, the classic code of rabbinic law, the ancient sages taught: “Pray for the peace of the government, for without it, people would eat each other alive.”

The sages knew that, left to their own devices, people would destroy each other. They knew that only a strong government could ward off the forces of societal chaos.

The oldest American version of a prayer for our country is from the Reform congregation in Charleston, South Carolina.

In 1830, they gave thanks for this country: “where the noble and virtuous mind is the only crown of distinction, and equality of rights the only fountain of power – a country where God has freed us from political and religious bondage.”

Why is this prayer in our liturgy?

Because wherever we have lived, we Jews have believed in our values, and we have believed that we have something to say to society.

What should American Jews be saying to America right now – during this most difficult and tumultuous time in American life?

A few years ago, the Modern Orthodox rabbi, Yitz Greenberg, wrote a parody of the American Declaration of Independence:

“We hold these truths to be self-evident: that all human beings are created in the image of God, that they are endowed by their Creator with certain fundamental dignities, that among these are infinite value, equality and uniqueness.”

We need to talk about ahavat ha-ger, how to love the strangers in our midst.

The Torah commands us about that thirty-six times. More ink in the Torah goes into this idea than any other idea!

Why? “Because you were strangers in the land of Egypt.”

Did you think that we would actually forget that?

No. But, to have seder every year is simply not enough.

There is a work of art, by the artist Ben Shahn.

It depicts refugees and immigrants coming to this country. Most of the them are non-descript.

But, if you look closely, you will see that one of them is Albert Einstein. Because we must remember that immigrants and refugees have enriched our society and the world.

Who else knows the heart of the stranger as well as we do?

Have we forgotten the sardonic cartoons of the 1930s, designed to frighten the American people into believing that the Jews, or the Italians, or the Asians were taking over America?

We need to talk about derekh eretz, common decency — especially in the way that we speak to, and of, each other.

Who other than Jews will speak out against the culture of vituperation in this country?

Consider the Hebrew word for language, lashon. The first letter, lamed, points upwards — to remind us that language can bring us to the heavens.

But the last letter, nun, points downwards — to remind us that language can sink us into the abyss.

This past summer, we lost the greatest Jewish moral voice of our time — Elie Wiesel.

The most important mitzvah is: lo tuchal l’hitalem – you cannot be indifferent — that you actually are not capable of being indifferent

When it comes to indifference, be totally and utterly incompetent.

When you encounter racism and bigotry, in words or in actions – whether it is against Muslims or immigrants or anyone who is simply the Other — you must shut it down.

Remember the first words that any American president said to American Jews.

When the Jews of Newport, Rhode Island wished George Washington a mazal tov on his inauguration, this is what he wrote back to them.

“For happily the Government of the United States gives to bigotry no sanction, to persecution no assistance, requires only that they who live under its protection should demean themselves as good citizens, in giving it on all occasions their effectual support.”

We must live out his words. We must give to bigotry no sanction.

That is how American Jews can vote their values.

About the Author
Jeffrey K. Salkin is the rabbi of Temple Israel in West Palm Beach, Florida, and a frequent writer on Jewish and cultural matters. He also blogs frequently at Martini Judaism: for those who want to be shaken and stirred, published by Religion News Service.
Related Topics
Related Posts
Comments