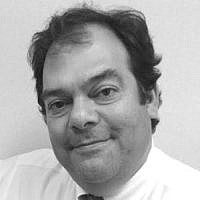 The style addition of ‘Judea and Samaria’ alongside ‘West Bank’ or other Palestinian-friendly language would serve readers with objectivity and context missing in Middle East coverage.  Part One of a two-part report on Israel and language usage in the media.

It’s not difficult to see the bias that reporters, editors and pundits bare when it comes to the Palestinian-Israeli conflict. It takes just a single word or phrase.

“Occupied Palestinian territory” or “Palestine” smacks of bias to those who see the land east of the green line as neither Palestinian, pending a peace deal that makes such a designation official, nor occupied. Call that land “Judea and Samaria,” on the other hand, and the left may peg you as a right-wing fanatic with more interest in land settlements than a peace settlement.

The commonly cited “West Bank” has emerged as a more benign, generally accepted term. On its own, however, it is hardly neutral or accurate. “West Bank” was the artificial name affixed to the land west of the Jordan River to link it to Trans-Jordan when the Hashemite army captured the territory in 1948 and held it for 19 years. The name stuck, oddly since only Britain and Pakistan recognized Jordan’s 1950 annexation of the land.

“Calling it the West Bank is prejudicial because it erases the Jewish historical connection to the land,” Dr. Alex Safian, associate director of the Committee for Accuracy in Middle East Reporting in America, a media watchdog group, tells me. The press can remedy this by identifying in news reports the phrase “Judea and Samaria” alongside the one-sided reference “West Bank” or overtly Palestinian-friendly references such as “Palestinian territory.”

“West Bank” continued in use after Israel captured the territory in the 1967 Six-Day War and after Jordan in 1988 symbolically relinquished it to the Palestinians, a ceding of land with questionable legitimacy since much of the world did not recognize Jordan’s occupation in the first place.

The long-overdue style addition of “Judea and Samaria” would help serve readers with objectivity, context and historical accuracy often missing in Middle East coverage. Reporters and editors could add the phrase just as they cite “Temple Mount” and the Muslim name “Haram al-Sharif” for balance when reporting on Judaism’s holiest site.

Adding the term “Judea and Samaria” in news coverage would not be a stretch from offshoot terminology the mainstream media already widely uses, namely “Jew” and the “Judean” mountains, hills and desert that straddle Israel and the territory.

The New York Times and other mainstream outlets recently reported on the germination of 2,000-year-old date palm seeds found at Judean archaeological sites, for example. Forbes, the Wall Street Journal and others write of the unique terroir of the Judean hills in shaping the region’s wine industry. Lonely Planet and other travel media regularly report on hiking, biking and other Judean desert adventures.

Qasr al Yahud, the Jordan River baptism site of Jesus, near the spot where Joshua led the Israelites into the Promised Land, was recently the site of a visit by Secretary of State Mike Pompeo. Qasr al Yahud translates to “Castle of the Jews.”

But more than etymology is at stake. Genetics and archaeological findings connect Judea as the point of origin to the more than 700,000 Jews who live in Judea and Samaria today, and to diaspora Jews worldwide. In Hebron and elsewhere in the territory, Jews have had a continuous presence for centuries.

Unlike early Roman coins bearing the words “Judaea Capta” (Judea captured), “Judea and Samaria” is not an ancient relic but a living, active landscape. It is not the language of fanaticism but of the prophets and patriarchs, the cradle of Jewish history where the Bible unfolded, and the heart of Jewish existence, its pulse in Jerusalem.

Arabs and Jews coexist in the land, working and socializing together, though Palestinians are wary of having photos taken with their Jewish neighbors and publicizing these get-togethers in fear of punishment by the Palestinian Authority. These Jewish-Arab contacts undermine the PA’s vision for a judenrein land.

Omitting “Judea and Samaria” in news stories is the linguistic equivalent of ridding the land of all Jews and an exercise in revisionism, particularly when “West Bank” carries no historical weight beyond reflecting the illegal occupation by Jordan.

Citing “Judea and Samaria” alongside other terms in news reports offers an expanded language pool to help bolster the media’s impartiality. And using multiple names for the same territory has precedent.

“Myanmar” and “Burma,” for instance, have for centuries both been applied to the Southeast Asian country, notes Andrew Selth, researcher at the Griffith Asia Institute, Griffith University, in Brisbane, Australia. Some countries, including Australia, use both, Seith observes, to show support for the country’s democracy movement while yielding to the formal demands of diplomatic protocol.

“Judea and Samaria” is no less legitimate. A century ago, the 1920 League of Nations conference in San Remo, Italy, created Mandatory Palestine from parts of the Ottoman Empire as a national home for the Jewish people. It promised Jewish migration and settlement throughout Palestine, including Judea and Samaria. Just 25 years later, British authorities in their three-volume survey of Palestine called the land Judea and Samaria.

It gets lost among all the latkes and tinsel, but Judea is the main setting for the iconic events of the holidays now upon us, Hanukkah and Christmas, that unfolded in the histories of millions of Jews and Christians: the victories of Judah Maccabee and his rebel warriors, and, for Christians, the birth of Jesus.

In another cultural reference with more than one term, the Associated Press Stylebook accepts both “Black” and “African American” as racial, ethnic or cultural adjectives.

Jews are no less deserving than other groups of the dignity and self-esteem attached to the language of identity or place of origin, in this case Judea.

Adding extra language or longer phrases like “African American” or “Judea and Samaria” to news coverage may not sit well with space-constrained editors who need to prune and squeeze print articles into limited column inches. In the news, however, context trumps pithiness, says Al Tompkins of the Poynter Institute for Media Studies, a St. Petersburg, Florida, journalism think tank.

“Brevity is almost always the enemy of understanding,” Tompkins, a Poynter senior faculty member, tells me, “and that’s usually why you would use these phrases.”

When it comes to its Israel coverage, the media often dispenses with context so it can draw a warped moral equivalence between the Jewish state and her enemies that favors the latter.

Israel, which drops fliers and makes cell phone calls to warn Gazan residents of incoming fire, is seen as the blame when it responds to Hamas’ indiscriminate rocket fire that reaches Israeli kindergartens. This binary approach makes intolerable to the press two or three Israeli casualties when Gazan deaths are in the tens; it wants more Jewish deaths to even things up.

If the press is so hung up on such symmetry, it is only fair to recognize and include “Judea and Samaria” in news reports as a viable way to provide context and balance when referring to the one-sided, Arab-concocted term “West Bank” and other Palestinian-friendly phrases.