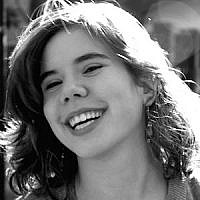 The Blogs
Julie-Rae King
Apply for a Blog
Please note that the posts on The Blogs are contributed by third parties. The opinions, facts and any media content in them are presented solely by the authors, and neither The Times of Israel nor its partners assume any responsibility for them. Please contact us in case of abuse. In case of abuse,
Report this post.

In some ways, informal education as a career choice came as a surprise to me.

I went to a really academic Jewish day school, took advanced classes in maths and Talmud, and generally achieved high marks. I was the ideal student in the world of formal education, and could have easily stayed on that path and gone on to one of the usual professions: medicine, law, accountancy, like so many of my peers.

But my summers spent at Habonim Dror Camp in northern Ontario (13 in total, plus one summer on Israel Tour), provided me with informal education which instilled a deeper love of learning than standardised testing ever could. Both as a chanicha (learner/participant) and madricha (leader), I have learned with and taught other Jewish young people, and been hugely enriched by the experience. 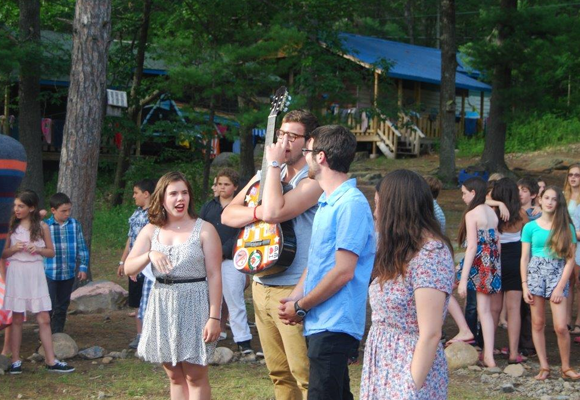 Happy camping: Julie-Rae King back in 2013 with fellow staff at Camp Gesher, Ontario.

It was on Lake Pringle in Ontario, that I really learned so many things which continue to serve me well today, long after I have forgotten how to factor a quadratic equation (which I actually enjoyed doing!). I learned how to live with others, and what my personal limits were on co-habitation. I learned about my Jewish identity and how to meld a religious and cultural history with my values and outlook on life. I learned about privilege and inequality based on race, gender, sexuality, abilities and many other qualifiers. I learned how to express my Zionism and articulate my multi-layered relationship with Israel today. 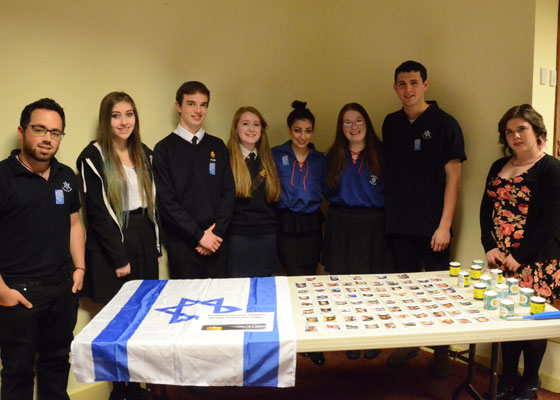 Sometimes I think we underestimate the rarity and value of our experiences. In university, I took an upper level Sociology Course on sexual and gender identity. Every week we had to do a peer led tutorial. When it was my turn, I essentially ran a peulah (activity), followed by a discussion. To me it was a relatively simple peulah, yet, afterwards my classmates were coming up to me with praise, asking how I created such an innovative way of leading the discussion (!). It made me realise how lucky I had been to experience alternative forms of education, and that it was in no way the norm. 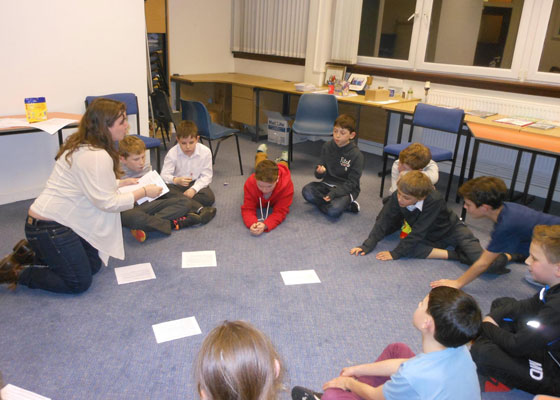 For the last year and a half, I have worked for UK educational charity, UJIA (United Jewish Israel Appeal), in their Scotland office as a Youth Worker, overseeing all areas of our informal education programming. Moving from a large Jewish community in Toronto to a much smaller Scottish community was a bit of a shock to the system.

One thing I began to understand early on was how important informal education was to Jewish youth in a small, tight knit community such as Glasgow, which has about 4,000 Jews. With no Jewish secondary school, many young people lose contact with Jewish life and education, especially as they become so heavily focused on exams and grades in school. 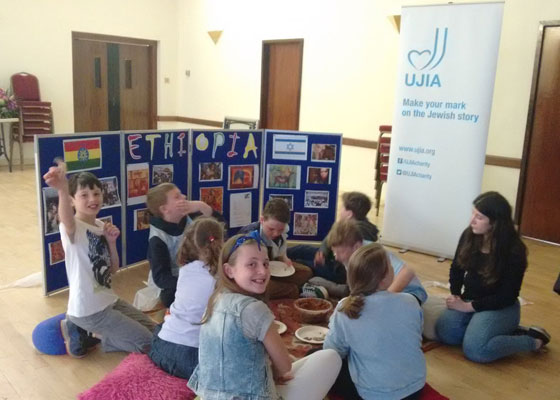 Glasgow kids at a club meeting for the UJIA Ethiopian Bar/Bat Mitzvah Programme.

UJIA programmes like JAMS, which runs informal Jewish education for students in non-Jewish schools and the Ethiopian Bar/ Bat Mitzvah Club which pairs UK and Israeli youth at this formative time, as well as the support for all the youth movements, are integral to keeping young people engaged in their Judaism and connected to Israel, without the added pressures that formal education brings. They are able to explore Judaism through discussion, debate and active methods, as well as develop leadership skills, which in turn strengthens their Jewish identities as they move on to university and eventually become involved adult members of the community.

Every day, I get to see Scotland’s Jewish youth positively affected by informal education methods, and every day I am proud to be a part of their Jewish lives and learning.

About the Author
Julie-Rae King is the Scottish Youth Worker for UK Jewish charity UJIA, and a former member of Habonim Dror North America. She grew up in Toronto, Canada, and has lived in Glasgow for the last year and a half. She loves informal education, cultural Judaism, and costume design.
Related Topics
Related Posts
Comments