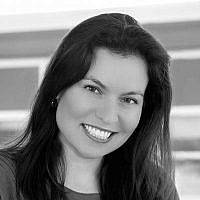 The Blogs
Alice Gomstyn
Apply for a Blog
Please note that the posts on The Blogs are contributed by third parties. The opinions, facts and any media content in them are presented solely by the authors, and neither The Times of Israel nor its partners assume any responsibility for them. Please contact us in case of abuse. In case of abuse,
Report this post. 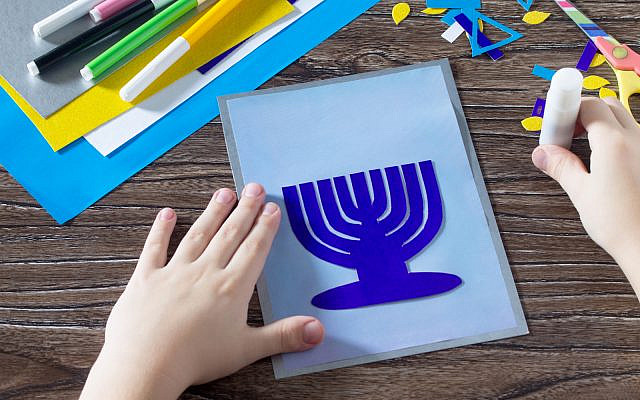 The trek to the shul is mercifully short. I picked the one closest to our home so that heading there multiple times a week for my children’s Hebrew school classes would have a minimal impact on my schedule.

It may raise an eyebrow or two that I picked proximity and convenience over, say, the nature of the synagogue’s services, its policies, its size, its programming and so on. But, in my half-hearted defense, I didn’t know any better at the time. I’m hardly devout and just wanted an institution to help nurture my children’s Jewish identity — something I knew I’d have trouble doing on my own.

My parents are Soviet Jewish refugees raised with little religious education of their own, so I didn’t grow up attending shul or regularly practicing Jewish customs. Like some other Jewish refugees, when my parents immigrated here, they didn’t prioritize religious observance — they just wanted to live free of harassment and discrimination. My Jewish identity was forged not from faith, ritual and community, but from their harrowing tales of antisemitism in the old country.

My resulting commitment to my children’s Jewish education is a concept I struggle to explain, even to myself. If faith and ritual didn’t play a role in most of my life (and I, arguably, turned out just fine), why am I so determined that it play a role in theirs?

Complicating matters is that my children live in an interfaith household — my husband, their father, is not Jewish, though he supports my efforts to raise them this way. Still, with their mixed backgrounds, the kids could very well grow up to ignore their Jewish roots in favor of a more casual, secular approach to faith. The allure of assimilating into America’s default Christian culture, in particular, is strong. You can trim a glittering Christmas tree or hunt for chocolate-filled Easter eggs without anyone demanding you set foot in a church. It’s hard to compete with that.

So why do I bother? The answer is threefold: I grew up without the warmth of belonging to a broader Jewish community, and I don’t want my children to miss out. But, perhaps more selfishly, I want my children to help provide strength in numbers to a population that remains under siege. There are under 15 million Jews alive in the world today — about 2 million fewer than there were before World War II. Jews will likely always be a tiny minority in every country but Israel, but the more of us there are, the better we can support and protect each other. And in supporting and protecting each other, we honor those whose struggle for existence yielded us our lives.

Unfortunately, it’s challenging to explain my parents’ and ancestors’ hardships — especially those which took place decades ago in a foreign land — in a way that resonates with my fairly carefree children. I credit my pride in my immigrant family’s survival in cementing my Jewish identity, but I’m not sure I can guarantee the same for my second-generation kids.

That’s why I turn to the ritual and the community of the shul, even if I’m still striving to understand it myself. I was delighted to discover, for instance, that the synagogue I chose for a shallow reason (proximity) promotes values that are deeply aligned with mine. I find joy in throwing bread into the river on Tashlich and gathering with new friends under the sukkah, even if I can’t join the prayers that accompany such activities. And every week, my children soak in valuable Bible lessons that I never learned and develop bonds with classmates that will help sustain them for years to come. If they choose to commit not just to the rituals, but to the religious beliefs underpinning them, I won’t stand in their way. Embracing faith can be a beautiful thing.

Their introduction to Judaism is a holistic one, framed largely by optimism, education and unity; mine stemmed mostly from grimmer themes. But what we will have in common is our identities as Jews and, I hope, our will to carry on.

About the Author
Alice Gomstyn is a veteran journalist and essayist. Her work has been published by The Washington Post, The New York Daily News and other national outlets.
Related Topics
Related Posts
Comments