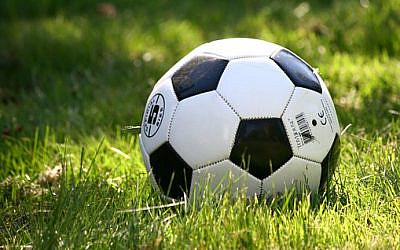 Who will kick this? (Pixabay)

Sadly, yet another top sportsman has died at an early age. Gianluca Vialli, Italy striker and former Chelsea manager was just 58 when he succumbed to pancreatic cancer.

For those who, like myself, thought that “striker” was another name for British workers, here is a full description of this important position in a football match:
A striker is the player who tries to score goals while other members of the team try to prevent the opposing team from scoring.

Of course, any member of the team can score a goal, even the goalkeeper. One Rogerio Ceni, playing as goalkeeper for Brazil’s Sao Paulo, scored more than 130 goals in his 22 years with the club. Presumably they were not in the goal he was supposed to be keeping.

Unfortunately, the health of the players does not seem to be a major concern of the club owners or the watching public. We are reminded of the gladiators who entertained people in the Roman Republic and Roman Empire. They would fight other gladiators, condemned criminals and even wild animals, in confrontations that would only end with the death of one of the parties, sometimes both.

A gladiator would fight in two or three munera every year. The gladiatorial shows were given to honor the dead and were called munera meaning “gift”, “duty”, or “favor” to the departed. While most gladiators died in their first contest, a few managed to last as many as 10 contests. Very few died of old age.

Not much has changed over the years. Crowds of people, whose idea of physical activity is tearing open their packets of peanuts, fill the stands to watch a couple of dozen grown men kick a children’s ball.

As a blog writer, I get my exercise tapping away at the keyboard. Many of today’s headlines are so disturbing that I hit the keys really hard, this gives me the strength to point a finger!