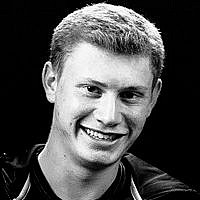 The Blogs
Yehuda Gelb
Apply for a Blog
Advertisement
Please note that the posts on The Blogs are contributed by third parties. The opinions, facts and any media content in them are presented solely by the authors, and neither The Times of Israel nor its partners assume any responsibility for them. Please contact us in case of abuse. In case of abuse,
Report this post. 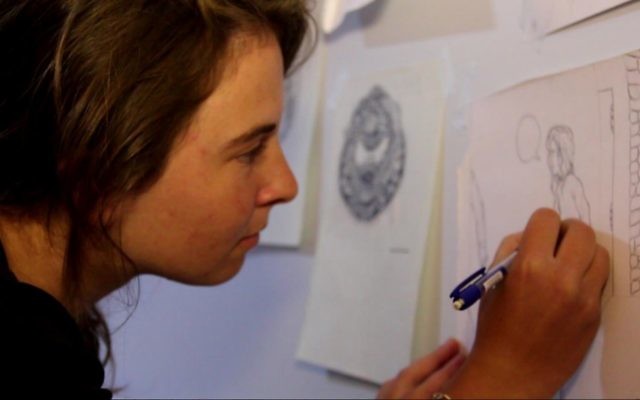 I have a friend who is an engineering student. He studies all of the time, and it is rare to see him doing anything other than that.
Once I told him that he must love engineering to work so hard for it. He said that he didn’t really want to be an engineer, but that’s what his parents pushed him to do. His dream job was to be a photographer.


This is not an uncommon situation. A child has a field of study that he is interested in, but the parent has a totally different goal for him. The child wants to be an artist, yet his parents want him to go to med-school and become a doctor. The child wants to be a dancer, yet his parents want him to be an engineer In some cases, the parents mean well. They want their children to work in a profession in which they have a good chance of succeeding economically. They feel that the social sciences and arts in general do not offer as much potential for financial success as do engineering, medicine, business, and law. And they are right. However, many young people do not place the same priority on getting a high salary as their parents do. They might be more interested in a lower paying career that matches their interests or that provides spiritual, emotional, psychological, or social rewards, rather than monetary ones.

A career is more than just financial security. In the past, just having a job and being able to support oneself and one’s family was essential. People often went into the same profession as their father. A farmer’s son became a farmer. A carpenter’s son became a carpenter. Opportunities to advance or to go into a field of one’s choice were quite rare. Today, we have a totally different situation. People have a much greater choice in the career they pursue. A career is no longer just a means of financially supporting one’s family; it is a major part of one’s life. To be trapped in a career one hates can be very difficult. To have a job one loves and enjoys can be one of life’s great joys.

My dad was always against me wanting to be an artist. His reason: I wouldn’t make any money! I finally told him, that everything built by humans was first thought up by someone who had an artistic mind and that included the bloody chair he was sitting in. Yes! I ran for cover after that remark but I proved many points. It’s true, you have to have talent and be darn good at it to “make money”, but to me (and many other artists) it’s not about the money, it’s about self-expression. The cave drawings of early humans are beautiful examples. We try to interpret why they were drawn, and maybe our assumptions are right, but then again, maybe not. We weren’t there to ask why that artist(s) drew them. We just enjoy and wonder. Art spawns creativity and can lead to so many wonderful things. Example: A surgeon does doodling on a pad of paper to ease stress between operations and unconsciously draws a new medical device. An engineer does the same thing, as do others in various fields including math.

The left-brain is about FACTS. The right-brain is about CREATIVITY. The left-brain is calculated and definitive. The right-brain is innovative and dynamic. Certainly both are necessary. But more and more, our world is driven by right-brain thought. Sadly, consider what’s happening today in schools. With a poor economy, budget cuts are being made across the country. The first courses dropped by public schools are right brain courses: art, music, and drama. The old world is a left-brain world. The new one is a right-brain world. Part of our dropout problem can be summarized in one phrase: we are preparing students in “left-brain” schools to enter a “right-brain” world. The school does not fully resemble the world they’ll enter after graduation.  If they graduate at all. A small percentage of art students will become successful, but they all learned a valuable lesson —  how to create! They will take that lesson far beyond a simple class room and out into their chosen field. Albert Einstein once said:

Imagination is more important than knowledge.

What he meant was this: knowledge is finite. Imagination can take a person into the infinite. Knowledge includes only what has been already developed. Imagination is about our dreams, which have no limits. Unfortunately, our educational institutions revolve around self-contained silos of existing information. They are about lectures, drills and tests. Testing involves students regurgitating facts they’ve heard from instructors that semester.

A famous choreographer\dancer Matt Steffanina was asked to describe a time he was told he wouldn’t
make it in the dance world and he proved them wrong. He said:

Honestly, I was the one that told myself I wouldn’t make it in the dance world more than anyone else. I’ve always been my toughest critic, so it was a big challenge to believe in myself enough to move to LA and risk the comfort of my hometown to chase a dream

This music video is an original song about how much creativity and artistry matters, as well as proving that you can be just as successful and happy while fulfilling your passion and potential to their fullest.

I want to give special credits to Melissa Eva Simanowitz who came up with the concept of the film and co-directed it.

Click on the following link to watch the video: https://www.youtube.com/watch?v=2uXM5Pguwx8 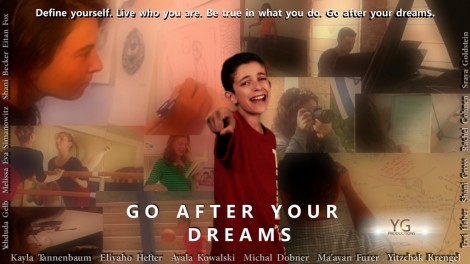 About the Author
Yehuda started a business called YG productions which works to produce awesome videos and music for your audiences. He believes that there are stories needing to be told and wants to help people share them with the world.
Comments