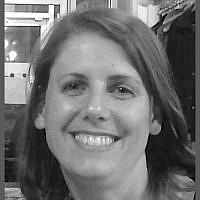 The Blogs
Julie H. Bernstein
Apply for a Blog
Advertisement
Please note that the posts on The Blogs are contributed by third parties. The opinions, facts and any media content in them are presented solely by the authors, and neither The Times of Israel nor its partners assume any responsibility for them. Please contact us in case of abuse. In case of abuse,
Report this post.

There are moments in life that will change you forever. My maternal grandmother’s passing one year ago right before Passover began, shook me to my core and left an emptiness that is indescribable; it forced me to muster all of my strength to continue to move forward and believe that G-d only gives you what you can handle.  The words of my grandmother, a women whose left arm bore the tattoo 79211, reverberated in my mind – ‘You cannot give up hope.  If I had, I would not be here.’

So, I hopped on a plane to Israel six months later in my grandmother’s merit.  I was tired of struggling with my Judaism and had to make peace with the deep-seated anger I felt for everything my grandmother had gone through in the Shoah and all of the relatives in my family that had perished.  It was time to address the looming cloud of despair that often followed me around.  I had to take a gigantic step back, out of my current life, and see if the words of Hatikva would penetrate my heart.

I enrolled in seminary and every day I attended classes and intently listened.  I was significantly older than all the girls in the school but my kavanah (intention) in being there was very strong and I was determined to learn, to grow, and for my neshamah (soul) to have less angst and more bitachon (trust).

I slowly worked through grasping the seven binyanim (structures) of the biblical Hebrew language, begun to understand Rashi, learned ways to combat the yetzer hara (evil inclination), and obtained more knowledge about putting in your hishtadlus (effort) toward a desired outcome.  Discussions also ensued about the importance of living one’s life in balance instead of in extremes and how no one truly knows G-d’s calculations.

The emptiness I felt before I arrived in Israel was slowly filled with the words of Torah.  Although I struggled emotionally through all of the Holocaust lectures given and films shown, I began to simultaneously have more hope.

When I visited the indoor playground in Sderot, where children have 15 seconds to enter a safe room after a rocket is launched, the reality of how a community today is often terrorized regularly because of its Jewish identity left me bewildered; as a Jew, one will always have to have hope while fighting for his/her right to live in the State of Israel.

As we prepare for Passover and the telling of the Exodus story, I recall all the Jewish women who left Egypt and packed not only the essentials for physical survival, but their drums; the spiritual instruments they would use to praise G-d for miracles to come.

I recall my grandmother, the youngest child of five from Sosnowiec, Poland, telling me that when the Ravensbrück camp in Germany was liberated, it was one of the worst days of her life.  She had no parents and no home to which to return.  However, she still had her dignity, hope, and the picture of her family that she kept on the bottom of her shoe during the war; her children and grandchildren would see what her family looked like before they were killed for being Jewish.  My grandmother, Janet (Szyjewicz) Markman, went to the United States after the war, but she would have one opportunity in the 90s to visit Israel and the grave of her brother who is buried on Kibbutz Gal-On. 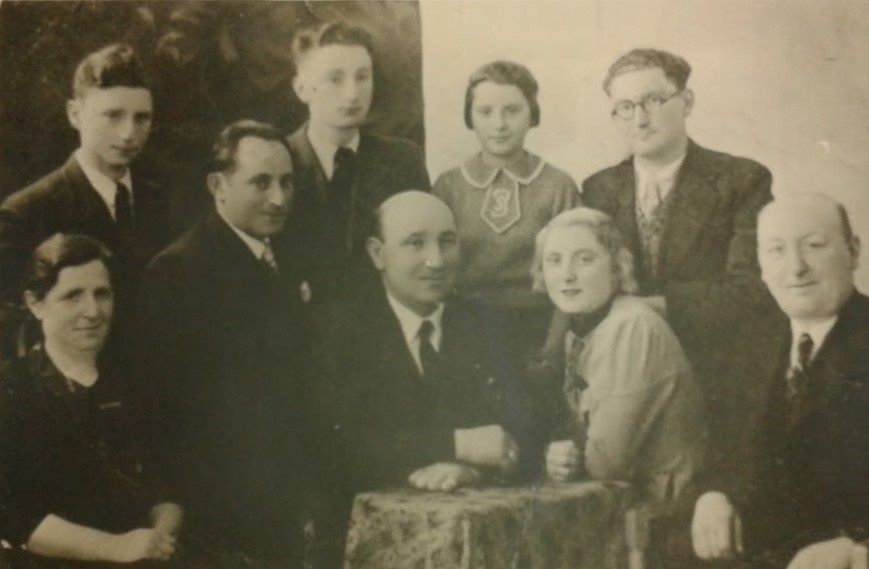 Photo taken in Sosnowiec, Poland before the Holocaust and kept in the shoe of Janet (Szyjewicz) Markman in the concentration camps. Janet is pictured in the top row and her brother Shraga Szyjewicz, a founder of Kibbutz Gal-On, is standing to her right.
Advertisement

I am beyond grateful that with G-d’s help, I was able to return to the land of my foremothers to be challenged mentally, emotionally and spiritually; through the process I have become re-grounded and will always remember that I am part of the tribe that is called a stiff-necked people.

I have had to realize that it is part of the essence of a Jew to struggle with G-d.  Although, I can never completely make peace with the anger for what happened to my family, I have a renewed sense of identity.  The pervasive fear I have had of simply being Jewish in a world that is still rampant with antisemitism has slowly subsided.

Despite the indelible mark on my grandmother’s arm, her radiance was apparent to all whom she interacted partly because of her resilience; a quality that I am fortunate to have inherited.  She would often remind her family that ‘You cannot look back, you must look forward.’  Fortunately, with the fortitude passed on to me from my grandmother and the knowledge I have acquired that has sustained the Jewish people for 3000 years, I will move forward and always continue to learn Torah.

As l prepare to light a candle tonight in Jerusalem for my grandmother’s first yahrzeit, I can hear her saying, ‘Mamala, don’t cry for me, live for me and NEVER FORGET.’ 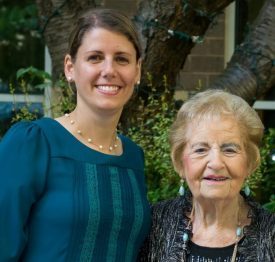