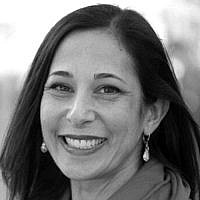 The Blogs
Leah Richman
Apply for a Blog
Please note that the posts on The Blogs are contributed by third parties. The opinions, facts and any media content in them are presented solely by the authors, and neither The Times of Israel nor its partners assume any responsibility for them. Please contact us in case of abuse. In case of abuse,
Report this post. 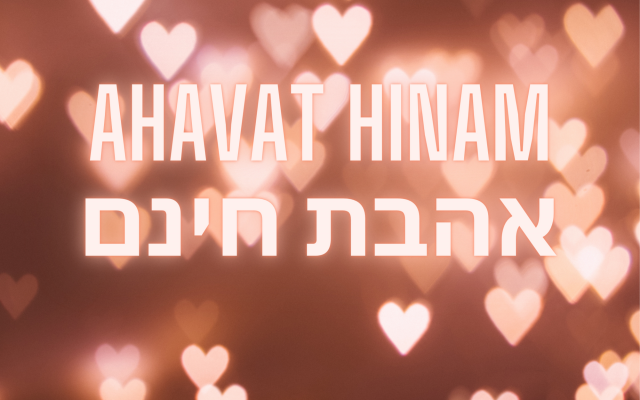 Tonight begins Slichot, the period of penitentiary prayers said leading up to the holidays of Rosh Hashana and Yom Kippur.  I’ve always liked studying the slichot prayers because they are creative, poetic, artistic, and well, just different.  While for most of the year we say the same prayers every day, during the Days of Awe we have an incredible amount of new material to inspire our devotion and internal work on ourselves.

Slicha #3 of Day 1 in the Artscroll Complete Slichot laments a long list of Jewish suffering and tragedy, at one point retelling a story in that is almost like a ballad: “You took pity and left a surviving remnant; you provided a stake and a fence and gathered them in.  This refers to the remnant of the Jewish people that survived the destruction of the first Beit Hamikdash (Temple) and lived during the time of the 2nd Beit Hamikdash.  The ballad continues: “Then You sent us off [again]…” (this refers to the destruction of the 2nd Beit Hamikdash)…[because of the one sin] equal to the three that you loathe…”

To understand what the “one sin equal to the three that you loath” means, we need to look back to the Talmud which teaches us about the reasons the first and second B’tei Mikdash was destroyed:

Why was the first Sanctuary destroyed? Because of three [evil] things which prevailed there: idolatry, forbidden sexual relationships, and bloodshed. But why was the second Sanctuary destroyed, seeing that in its time they were occupying themselves with Torah, [observance of] precepts, and the practice of charity? Because therein prevailed hatred without cause. That teaches you that groundless hatred is considered as of even gravity with the three sins of idolatry, immorality, and bloodshed together.  (Yoma 9b).

The three sins then, are idolatry, immorality, and bloodshed, and the one sin equal to all three of them, baseless hatred, or in Hebrew, sinat chinam.  The concept of sinat chinam is a difficult one to understand, after all, when we hate other people (if we even admit to hating them), its always for a good reason, right?  There are a lot of interpretations about what sinat chinam means, lots of commentaries and interpretations–after all, if it’s as bad as the other three sins combined, it must be something pretty bad that we want to avoid if we are ever going to progress as a society.
I would like to suggest a different approach however–one that is more subjective.  Sinat Chinam isn’t something that we can define in one particular way, rather it’s something we can feel when we see it or experience it.  Most of us know the experience of feeling hated for no good reason.  Many of us also know the experience of seeing someone we love hated for no reason, or our entire people hated for no reason.  Fewer of us take the time to look inward and ask if when feel hostility towards another person, if we have a legitimate reason.
We are living in an increasingly polarized world.  People who before the pandemic or before our most recent presidential election might have been friends have severed friendships over differing viewpoints.  We all need to stop and take a moment this Elul and look inward.  Instead of always looking at what everyone else is doing and criticizing it or name calling or having no tolerance for it, we need to remember that creating a divisive community and society is dangerous.  It is a grave sin, one that has previously led to tragedy.   Let’s learn from our mistakes– God detests polarization.  Let’s move forward, not backward.  Make this year one of ahavat chinam, baseless love.
About the Author
Leah Richman is a rabbi and mother of two daughters living the vegetarian Jewish life in Boca Raton, FL. She has worked in congregations and Jewish Federations, and currently works at Liumi West Retreat, teaches online, blogs at Like Water For Torah, and is available for personal spiritual direction.
Related Topics
Related Posts
Comments