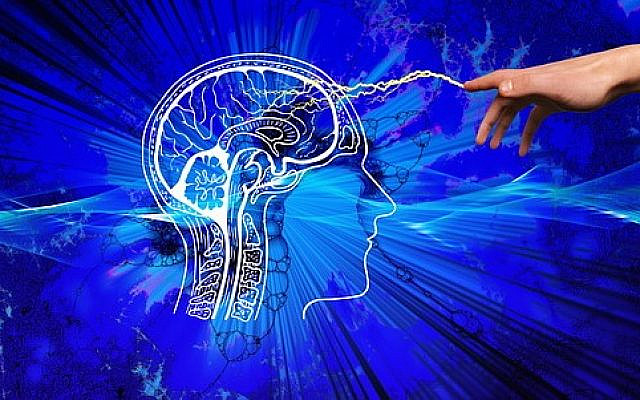 God for Atheists (2): Belief in God & the Human Brain

As expected, several of my readers had difficulties with my previous essay on belief in God, “God for Atheists,” which is quite understandable. The ideas expressed therein are certainly not simple to understand, which is partially the result of the inadequacy of language. Some ideas remain ineffable and the language we use to describe that which we cannot really describe conveys even less than the tiniest perception. Still, this should not prevent us from attempting to convey something of the ineffable (in fact, we do this all the time). This is the reason that many others thanked me profusely for having written the essay, since it helped them greatly.

However, there is one thing I have to emphasize. Those who thought that I was trying to prove that God exists, misread the essay. The point I was trying to make is that to be religious one does not need the belief in a “conventional” God as portrayed often in the Bible; rather, one is to believe in a higher meaning to life and possess a feeling of wonder. One must understand the value of rituals and the advantage of living in a religious context, with or without this “traditional” God. (See the philosopher Alain de Botton’s “A Non- Believer’s Guide to the Uses of Religion,” Hamish Hamilton, London, 2012.)

One point that people asked about was my opinion that belief in God (in whatever form) is not just the production of the physical brain, a neurological state, but a kind of inner voice and experience that surpass the brain. They asked: Do not famous neurologists and brain researchers believe that belief in God is no more than the product of the brain? Why would I deny this?

This is a good question: after all, it cannot be denied that several important neurologists indeed maintain it is no more than a neurological state. My claim that this is not the whole story requires further explanation.

I base my opinion on the remarkable work of my friend Herman M. van Praag, Emeritus Professor of Psychiatry who taught at several famous Dutch Universities and the Albert Einstein College of Medicine in New York. He is the author of several books on the relationship between psychiatry, belief and faith. (See, for example, his book “Net Voorbij de Rede,” “Just Beyond Reason,” Dutch.)

There are, no doubt, indications that religious belief has a biological foundation. Firstly, this has been shown by the fact that identical (monozygotic, from one egg) twins who possess the identical genetic information seem to share a very similar religious attitude. Fraternal twins (dizygotic, from two eggs) do not have this characteristic.

Secondly, it is also true that religious feelings and experiences can be artificially awakened, even among those who are not at all religious, by stimulating the brain with electromagnetic currents.

Thirdly, there are neurotransmitters (molecules used by the nervous system to transmit messages between neurons) that stimulate devotion and religious beliefs.

Consequently, belief in God certainly has a biological basis. Thus, there are famous scientists such as the Dutch Dick Swaab in his “Wij zijn ons Brein” (“We are our Brain”) and the English Richard Dawkins in his “The God Delusion” who conclude that religious beliefs have nothing more than biological bases. If these bases were to be removed–there would not be any religiosity (I have given a succinct, simplified summary of their views). (For an entirely different way of looking at the brain and thinking about thinking, see Alva Noë, Professor of Philosophy at the University of California in Berkeley, “Out of Our Heads: Why You are not Your Brain and Other Lessons from the Biology of Consciousness,” Hill and Wang, Farrar, Straus and Giroux, NY, 2009.)

Professor van Praag states that this is a mistake. The root of religiosity lies outside science and biology (as we discussed in my earlier essay). Biology makes it possible for us to experience religious beliefs and events; it is not the cause of these beliefs and religious experiences.

If I understand Prof van Praag correctly, he argues that these religious beliefs exist even without any biology. However, for the human being to become aware of these, one requires “receptive-biological currents, similar to a radio or TV that pick up the waves which are broadcast from the different radio and tv stations. While these waves envelop us, they cannot be heard or seen by those who have turned off these receptive devices. Faulty or absent reception does not prove that these waves do not exist: the waves exist and are being transmitted, it is the receptor that is at fault.

Professor van Praag offers another analogy: When one hears a beautiful concert and is deeply touched by the music, this does not mean that circuits in our brain produced the music. It is the music itself that causes us to hear its beauty via the biological—possibly—currents.

When the Jew hears Kol Nidrei on Yom Kippur and is deeply affected, it is not biology that is the cause of this effect. The brain functions as a receptor, not as the cause of the feelings that may be removed entirely via brain surgery.

This distinction is of outmost importance.