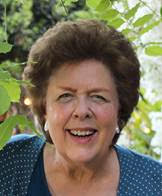 Earlier this week, I received the following heartfelt letter from a dear friend. She is a Christian leader in Jerusalem and expressed her fear that Christians are letting down the Jewish people. It is a statement acknowledging a history where there wasn’t love from the “Church” to Jews. It is also an imperative that she, and they as Christians, cannot and must not let us down going forward. She asked that I share this with other Jews so there would be no question as to the unconditional love and support that she and tens of millions of Christians have for us:

My husband and I have lived through every Intifada, Gulf War, Desert Storm and other conflicts with you in Israel since 1985. During the Gulf War when many Jewish people left and went abroad, our dearest friend Rabbi Yaacov Youlis said “I wrote two words about you during the war in my diary”. I asked, “What were they?” He said, “They stayed.” Staying power I suppose means one has to resist going where it might be safer, but we never had one thought of leaving your country in which we have come as Christians under the wings of the Almighty.

After what I read recently about alleged Christians being deceitful in an Orthodox community in Jerusalem, I was appalled. Learning about a long-time evangelical figurehead and the irresponsible actions and shameful way he has represented your genuine Christian friends, I am ashamed. It is disgraceful. We are not taught from the Scriptures to behave this way. I can assure you we never will.

It is the business of the State of Israel, not a Christian leader, to tell you how to run your affairs and I truly doubt that even 1% of his constituency (which is probably greatly exaggerated) will even accept his harbingers. We have known this person for many years and inflated numbers, name dropping and boasting have been his style of leadership. His credibility is not something to be admired.

As Jews and Christians, we are both standing at a juncture in history and the choices we make are going to define the rest of our lives, indeed for everyone from every nation and background. As a Christian friend of Israel, I unapologetically state that Israel is the ancient homeland of the Jewish people and you have every right to your own borders! We have an obligation to join your efforts in how we can better portray Israel’s image throughout the world. When people around the world become victims of lies, it is not easy to undo their thinking, but we must try.

We have lived among you for so long and from personal testimony, we have come to love the people of Israel and are dedicated to your welfare. We must speak up. I have requested that all of our representatives in dozens of countries should use whatever means they have to speak, teach, and reach Christian communities in their nations with the truth about Israel. It will mean venturing into the unknown, but we will rely on God.

We will also do everything possible to protect your people in these nations from danger. We have safe houses in some of these nations in case you need us. We will not retreat from our commitment to teach against Replacement Theology and to eradicate antisemitism in our community outreach. We pledge to make your concerns our concerns as we have been a part of setting into motion a process of deep healing from centuries of wrong accusations against you. We must continue to work together to repair God’s world and bring new life out of the death and destruction of the past intolerant history.

We are ambassadors of reconciliation and unconditional love. We do not have hidden agendas and would never threaten to withdraw our support. I have always said to Jewish friends that we are standing together on a path called Courage. But my words will not be enough. It takes hard work.

I’ve had some great Jewish teachers who had faith in me that I should not give up but continue to trail blaze, venturing into the unknown. I may not see the finished picture, but I know we will not retreat from our commitment to seek your good, and will do all within our power to stop anything that would harm Israel or the Jewish people.

My Jewish friends believe in me. I believe in them. We must together be history changers and reunite what belongs together and not let people who have wrong motivations divide us. We are on a journey with you. You gave us everything we possess—we must walk together. May any sparks we are able to ignite turn the dross of the past into gold as we commit to eradicate antisemitism in the Christian world. Please know who your real friends are and if we fail and you doubt us, please tell us how we can improve.

Whatever background we are from, we all owe our entire spiritual inheritance, as Christians, to one nation—that nation is Israel. This is a historical fact. If there never had been a nation of Israel most of Christianity would disappear. We owe you a great debt.

We stand shoulder-to-shoulder with our Jewish brothers and sisters who we pray will be strengthened from our strength.

We are also feeling hatred, but not to the degree you are at the moment. I suppose it is because we are the two peoples of the Good Book who are the witnesses in the earth today for the One True and Almighty God. But my biggest fear is not Hamas, Hezbollah, nor any other source of antisemitism but that we, evangelical Christians, might (God forbid) let you down and that thought terrifies me.

As strong as her words are, I know they don’t begin to do justice to what’s in her heart. She is pained by how some Christians represent themselves to and vis a vis Israel. The unconditional love and support of Israel is her very essence. She is not alone. For that reason, she readily joined a grassroots effort to have Christians sign a Declaration of Unconditional Support for Israel.

To my dear fellow Israelis and Jews, there are many distractions and people who wish to divide and harm us. But know one thing, these words of my friend Sharon Sanders are real, and authentic. It may not feel like it all the time, but we are most definitely not alone.