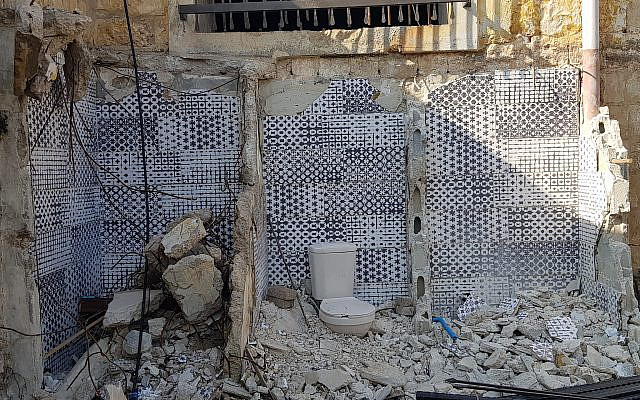 One of our Shabbat customs is that our children teach us Torah during mealtime.  Usually they teach a commentary on parashat hashavua – the weekly Torah portion. I confess that, after an exhausting week, I sometimes fall asleep before they teach.  Last Shabbat that was the case, and I asked for a recap afterwards.  One of my children taught from the commentator that I often quote here, Rabbi Shimshon Rafael Hirsch.  However, I misheard that Hirsch ascribes to Rebecca “khessed v’emet,” lovingkindness and truth. As I wrote last week, Rebecca certainly exhibits khessed. However, thinking ahead to this week’s Torah portion, in which Rebecca conspires with Jacob to trick Isaac into giving Jacob the blessing he intended to give to Esau, I wondered about ascribing to her “emet.” In fact, Hirsch says that Rebecca bestows “true lovingkindness.” He goes on to talk about khessed v’emet, but doesn’t ascribe emet to Rebecca.

While still laboring under my misunderstanding, I thought about the fact that in this week’s Torah portion Rebecca hears from God a truth that, according to the plain meaning of the text, Isaac does not. Commentators who are troubled by this because Isaac is understood to have had prophetic insight, work hard to explain that Isaac also intended Jacob to get the blessing.

Arguably, Rebecca’s actions fit in well with Hirsch’s understanding of khessed v’emet as, “an act of khessed that does not harm emet. Blind love of human beings tends to fulfill the wish of the loved one, without considering their true value.” (Commentary to Genesis 24:27). Intentionally or not, Hirsch answers the question, “Why doesn’t a loving God always answer our prayers?” He continues, “But God’s love is khessed v’emet, it only grants those wishes that are truly for the good.”

I am not so sure that this accurately describes Rebecca’s actions. I would add that I believe that God’s True Will for us is that we act with khessed, and that we human beings must always try to fulfill God’s True Will with both khessed v’emet.  Rebecca hears a truth from God, “Two nations are in your womb. Two separate peoples shall issue from your body. One people shall be mightier than the other. And the older shall serve the younger.” (Genesis 25:23). She is not told to bring about that truth by acting untruthfully towards Isaac, or unkindly and unlovingly to Esau.  In two weeks, after 20 years of separation, Jacob and Esau will overcome the enmity created when Esau is deceitfully cheated out of his intended blessing.  Ultimately, God’s Prophecy is fulfilled. It did not require being unfair or discriminatory towards Esau.

In our day, many are blinded by the truth that God promised us the Land of Israel.  In order to bring about this truth, many of them are willing to act with total disregard for khessed v’emet.

Today I just returned from what is left of the home of Abu-Jamal.  I haven’t yet spoken with his lawyer to get the full story, but apparently much of his Turkish era home was demolished, along with one corner he was improving without the permits that Israel makes it almost impossible for Palestinians to receive. The dishonest excuse I often hear regarding demolitions is that Israel is simply acting according to the law. Those who say this neglect to mention that planning laws are gerrymandered laws unilaterally and undemocratically imposed on Palestinians after Israel abolished Palestinian planning committees.  The army also destroyed the fence Abu-Jamal put up to protect himself from Israelis who he says frequently throw rocks and bottles at his home and his family. We were there today because Abu-Jamal reported that Israeli civilians showed up yesterday, and threatened to cause real trouble today. He asked the same question, that as I wrote last week, I am asked again and again, “Why?” My answer didn’t change either. Neither the government, nor the settlers, nor their supporters want them to remain. “Where do they want us to go?” he asked. I answered truthfully, “They don’t care.”

Earlier in the week, we were protecting shepherds from Palestinian Hamra grazing next to the Hamra settlement. The day before I received a panicked call from a shepherd who is usually worried about what settlers and the army will do to him if we accompany him. He said that the settler “Musa,” was throwing stones at his sheep, and even agreed that we call the army and police, since neither I nor any of our partners were in the area. In the police parking lot, Moshe claimed that the shepherd had attacked his horse. “With all of the open land, why did you approach the shepherd?” I asked. “The land doesn’t belong anybody. I need that land for my sheep.” Moshe answered. “If it belongs neither to him, nor to you, what gives you the right to displace him? Why not learn from Abraham and Lot, “If you go to the left, I will go to the right. If you go to the right, I will go to the left.”  (Genesis 13:9). Moshe didn’t answer, but my guess is that his truth was that because God promised us the Land, he had a right to act without khessed.

After Isaac and Esau realize that they were tricked, Esau sobs and begs that he also be blessed.  If we compare the blessings, both are blessed that they will enjoy the fat of the Land and the dew of heaven.  Jacob’s blessing makes him the ruler over Esau, but Isaac blesses Esau that one day he will break Jacob’s yoke from his neck.  For many years Esau believe that means he is entitled to murder Jacob. He eventually will come to understand that he can reconcile with Jacob. Both realize that they have enough, without ruling over each other.

Another settler happened by while we were protecting.  He was touring the area, but lives in a settlement in a different region. I know his settlement, and all of the problems they cause the nearby Palestinians. However, this young man was very pleasant, and expressed what seemed to be genuine concern when hearing about why we need to protect shepherds from settlers, their supporters, and the army.  We had a long discussion about his desire for coexistence.  While, in the current reality, his dwelling in a settlement is illegal according to international law and contributes to the oppression of Palestinians, his words echoed what I increasingly hear from farmers and shepherds, “We could live with them, if they were willing to live with us.” As the head of an Israeli human rights organization, I state clearly that the Occupation must end, but do not take a position on various plans on what that would look like.  My guess is that ultimately this young man believes in God’s Promise every bit as much as does Moshe, the settlers who threatened Abu Jamal, or those who design and carry out deceitful and merciless planning discrimination leading to demolitions. However, he believes, as I believe, and as Jacob and Esau eventually learn, that God’s Truth can and must be enacted with khessed, emet and justice guaranteeing the rights and room for all in the Land.