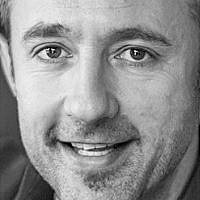 The Blogs
Ben Paul
Apply for a Blog
Please note that the posts on The Blogs are contributed by third parties. The opinions, facts and any media content in them are presented solely by the authors, and neither The Times of Israel nor its partners assume any responsibility for them. Please contact us in case of abuse. In case of abuse,
Report this post.

The community will be standing together on July 4th against the Neo-Nazi rally in Golders Green but are they the real threat today?   Without diminishing the dangers posed, are they not an already universally discredited minority of morons? While we get distracted by these far right thugs the bigger threat is far more insidious than this, it’s the polite hatred that hides in plain sight, a section of society that preach the same message as these radical right wing ignoramuses but hide behind a veneer of ‘liberal’ respectability.

They may not be goose-stepping through North West London but you can see them throwing Nazi salutes if you dare shop at Marks and Spencer, waving their ‘Gaza is Auschwitz’ placards on their rallies, physically threatening shoppers at Manchester’s Kedem, disrupting performances by Israeli theatre companies and terrorising and intimidating Jewish students on campus for daring to believe in the existence of the State of Israel.

This motley bunch of disparate entities unites with a common theme and it’s not a peaceful one. These pseudo-liberal activists line up with Islamist extremists because their enemy’s enemy is their friend and yet they fail to see the irony that their new bedfellows despise the very principles they claim to stand for.

They call themselves Anti-Zionists but we all know what many of them really stand for, we’ve too often witnessed their ‘Hitler Was Right’ banners on Gaza demos, their fetish for using twisted Swastika imagery, their sick Nazi comparisons when describing the actions of the Israeli Government, their boycotting of Jewish businesses regardless of whether they’re in the disputed territories or Israel proper and, to their eternal shame, their Holocaust denial. There’s rarely anything peaceful by intention here, let’s be straight, the unifying message is to demonize, delegitimize and destroy the only Jewish state on the planet, a goal that the Neo-Nazis would be proud of.

This constant crusade of delegitimization crosses so many boundaries of taste, balance and fairness that it is no longer possible to separate ‘Anti-Zionism’ from good old-fashioned Anti-Semitism.

These groups come in all different shapes and sizes pursuing an oft-warped sense of ‘justice’ with a zealous fervour that too often fuels hatred with no regard for context, balance or reason – but they are rarely discredited. The BDS, the National Union of Students’ new cause célèbre, hypocritically boycotts all things Israeli to the exclusion of anything from truly abhorrent regimes. Others grotesquely and unfairly misappropriate the language of history, whether it be Apartheid, Ethnic Cleansing, Genocide, Nazism or the Holocaust uniquely, deliberately and offensively against the Jews of Israel. You could be forgiven for confusing these actions as those of the Far Right, not those who proudly wear their Socialist badges alongside their Free Palestine accessories.

Many from this unholy alliance masquerade as legitimate liberal entities with universal themes, like the Stop the War Coalition, but in fact they only really march against Israel. Some claim to be in solidarity with the Palestinian people but care little for their true suffering, remaining silent when being slaughtered in their thousands as recently as Yarmouk – do the Students for Justice for Palestine really love their adopted people more than they hate Israel?

You can be sure to find these extreme agitants anywhere the mere mention of Israel is present, spewing out something they’ve just unquestioningly swallowed from some selective blogger, devoid of context or big picture but with just enough ‘fact’ to reinforce their entrenched, fashionable opinions and continue the cycle of hate. Yet their extreme message permeates society almost unchecked, they may have swapped the Union Flag for the Keffiyeh but the messages are disturbingly similar.

They don’t all adopt the angry mob persona, they’ll find many ways to single out Israel with a standard that they wouldn’t dare level against any other nation, often using their sympathetic facades to hide their true political agendas – why does Ken Loach and his Artists for Palestine not bestow their benevolence upon any other nation on the planet? Why does ‘peaceful’ global poverty charity War on Want really feel the need to arm students with fake guns in the repugnant Israel Apartheid Week on University campuses across the country? And why does the Green Party think that the singling out of Israel for cultural boycott is a priority? This is the insidious politics of the here and now and this relentless, unreasonable and excessive bullying of the Jewish nation grows in acceptability with every passing year.

So when we stand shoulder to shoulder against these Neo-Nazis on July 4th let’s acknowledge the dangers posed by the acceptable face of Anti-Semitism today are far more insidious and potentially far more dangerous and destructive than an attention-seeking mob of right wing bigots. Let Golders Green be the catalyst for confronting and challenging ALL those who threaten our existence and ALL those whose questionable motives and actions are making prospects for peace in the Middle East an even more remote possibility.

About the Author
Ben Paul is a London based Writer and Television Producer.
Related Topics
Related Posts
Comments