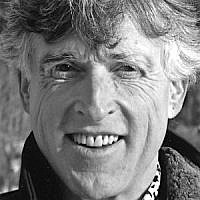 Regarding a statement by hundreds of Israeli intellectuals

Here is some very good news regarding peace in the Holy Land:

I just wished there could be hundreds of intellectuals in the Muslim world, including Christian Arabs, who felt able (without endangering their lives) to dare post their support for recognizing Israel as “the homeland for the Jewish people”, as the League of Nations demanded after World War I, and the United Nations intended with the “Declaration of Partition” of 1947.

The desire for peace would then be expressed in equal measure by highly respected persons from both sides.

Without such a statement from the side supporting the Palestinians, the very laudable statement by Jewish intellectuals might all too easily sound in Palestinian ears like confirmation of their prejudices: “See, we were right all along. Now even the Jews themselves are admitting that the disastrous situation is all their fault, so that the only just solution will be the dissolution of the State of Israel and the return of the territory to its rightful owners, the Palestinians – as Iran, Hezbollah, and Hamas have been saying all along.

It is, however, to be hoped that leaders, both Christian and Muslim will emerge on the Palestinian side recognizing Israel as the rightful homeland for the Jews, fully entitled to exist side by side with a new Palestinian State.

Given such recognition, Israel would have no reason to continue its occupation.

About the Author
Gottfried Hutter is a member of the European Academy of Sciences and Arts, studied Catholic theology, history and political science in Salzburg, Austria. For five years he lived in the US. Insights there enabled him to meet a highly respected Sufi Master. One year with him in Egypt confirmed his understanding of the basic unity of all religions. He became a psychotherapist. Today he mentors severely traumatized Muslim refugees from the Middle East. 9/11 provided the idea and impetus to write this book: 100 Years of Middle East Conflict. HONORABLE PEACE. How Can Lasting Peace be Secured between the Muslim World and Israel?
Comments