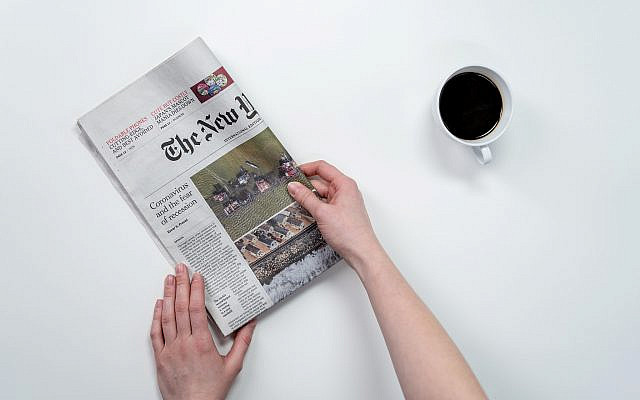 The News but is it Good? (Free to Use Photo by cottonbro from Pexels)

The news was good. The coronavirus had left the world for good. A genetically engineered spray had been developed that turned the virus into dog food.

The restaurants had all reopened their doors, but change was coming. In the last few years, there has been a large increase in the number of hungry people in the world. Every day more than one in nine people go hungry. In Asia alone, some 8 million children are reduced to begging because their parents cannot feed them.

At the same time, obesity has increased at an alarming rate. There are now more than 2.1 billion obese people in the world. That’s about 30% of the total population.
In a ground-breaking agreement, the obese have agreed to give half of their lunches to the world’s hungry. A win-win situation if ever there was. No more hunger, no more obesity.

On a similar note, there seems to be a grave imbalance in the world’s water supply. While half the world is suffering long-term drought conditions, the other half can’t find enough buckets to bale out its flooded streets and homes. While half the world watches Olympic swimmers swimming for nothing more than medals and glory, the other half is swimming for its life. In more good, if unexpected, news the world turns to Israel for help in water management. Iran, with flash floods, storms and heavy rainfall causing several fatalities, asks for Israel’s help.

And a glance at my last blog brought another pleasant surprise, a positive and complimentary comment from a regular commentator who usually is quite derogatory. It seems that Winston Churchill was wrong, this commentator can change his mind and has changed the subject.

In yet more good news, climate change had moved off leaving our green and pleasant planet to continue spinning happily. Winter is once again Winter, and Summer is Summer. The only downside is the long dark winter evenings which are helping to add to Overpopulation. To avoid having this blog rejected, I leave the details of the connection between dark winter evenings and overpopulation to the reader’s imagination.

Yes, all is right with the world.
And then I woke up.