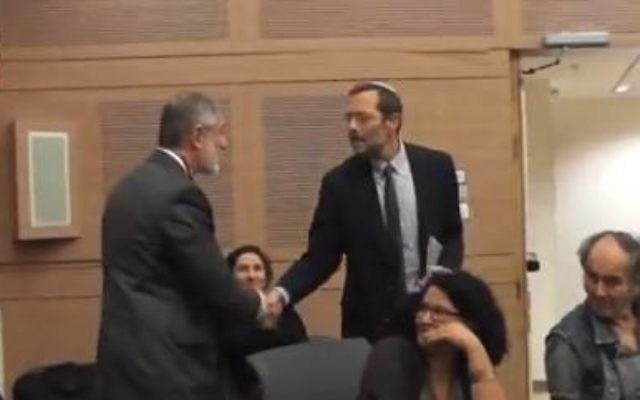 In the video below, Likud MK Moshe Feiglin debates Dr.Ira Helfand from the International Physicians for the Prevention of Nuclear War on nuclear weapons.

(English begins at the 45 second mark)

Dr.Helfand is in fact right when he says that nuclear weapons are a bad thing in and of themselves. But he seems to have a hard time grasping Feiglin’s philosophical point that if nukes are acquired by evil regimes and “rational” regimes end up getting rid of all of their nuclear arsenals, that the evil ones will not give them up and moreover, use them.

This is because Dr.Helfand lives in a world where there is in fact no good and evil. His is one of moral equivalence, where all nukes are bad across the board and if the rational actors simply disarm, the evil regimes will follow suit. He seems to be forgetting about the current “negotiations” (if we can even call them that) with the Iranian regime ie Iran stalling for time. As well as the fact that if Iran gets their hands on a bomb, an arms race will commence across the Middle East.