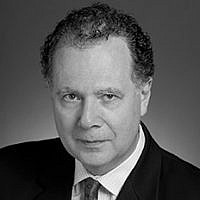 The Blogs
David P. Goldman
Apply for a Blog
Please note that the posts on The Blogs are contributed by third parties. The opinions, facts and any media content in them are presented solely by the authors, and neither The Times of Israel nor its partners assume any responsibility for them. Please contact us in case of abuse. In case of abuse,
Report this post. 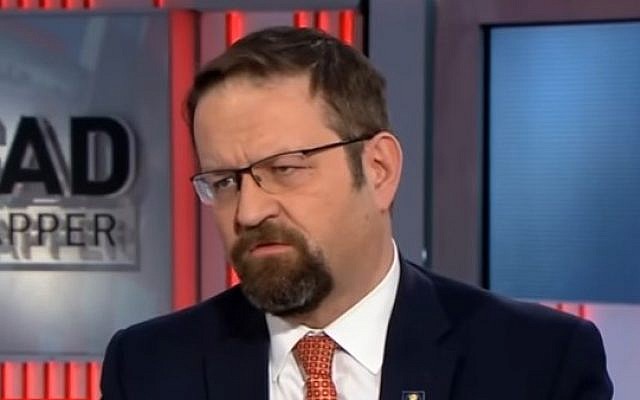 Jews are sadly accustomed to becoming collateral damage in disputes in other peoples’ civil wars. Dr. Sebastian Gorka, a senior White House official, is one of the few gentile victims of a Jewish civil war. Dr. Gorka, long a Fox News commentator on counter-terrorism, will speak at the Jerusalem Post’s annual New York conference in May and at this year’s Zionist Organization of America Gala. But a left-leaning Jewish website, the Forward, has published 39 articles alleging that Gorka has neo-Nazi ties in Hungary, the country of his parents’ birth where he was active in politics during the 2000s.

American media have been carrying unconfirmed reports  that Gorka will leave the White House, where he works in the Strategic Initiatives Group, perhaps for another post in the government. It is not clear whether he will leave, much less whether his possible departure was motivated by the campaign against him. The bigger issue for the Jewish world, though, is whether we can contest our differences without resorting to mendacity and slander.

Gorka’s supporters in the Jewish world are playing whack-a-mole with the Forward, refuting each charge as it appears while the Forward staff devises new ones. The exchange reached a depth of absurdity when the Forward posted a heavily spliced and truncated video clip of a 2007 interview with Gorka on Hungarian television. The Forward claimed April 4 that Gorka endorsed the proposal of anti-Semitic political parties for a popular militia. The next morning, the Hungarian-speaking Jewish journalist David Reaboi posted an unedited version of the same video on the Redstate website, showing that Gorka had denounced the militia plan that the Forward claimed he had supported.

The merits of the Forward’s claims and Reaboi’s rebuttal can be verified by any reader who takes the time to watch the two clips. Riots instigated by supporters of the discredited Communist regime had stormed Hungary’s National Television Station in 2006, injuring 141 policeman in a pitched battle on the Budapest streets. In response the explicitly anti-Semitic Jobbik Party proposed to create a popular militia. Gorka, a leader of the New Democratic Coalition (UDK), was asked to respond. Choosing his words carefully, Gorka stated he had no objection to the principle of a popular militia, but that Jobbik sought to exploit fears of civil unrest, and the notionally respectable FIDESZ party (which has ruled Hungary since 2010) was using Jobbik for its own purposes.

The Forward’s heavily-edited segment cut Gorka off in mid-sentence, at the moment he said that he had no objection to militias in principle, and just before he denounced the specific proposal in question. The Forward left out what Gorka said next: “And the most important thing of all, and I stress, the most important thing of all is that this isn’t anything to do with the UDK [Gorka’s party], but with Jobbik and that FIDESZ is really behind them and supporting it from the sidelines.”

Some Jewish leaders, including Zionist Organization of America president Morton Klein, repudiated the Forward’s charges as a smear. Writing in PJ Media April 4, I abhorred the Forward’s spliced video as the most transparent falsification I had seen in forty years of journalism.

But a lie can travel halfway around the world before the truth gets its shoes on, and the lie sadly made its way into the Times of Israel on April 25, in a staff report that repeated allegations made by the Forward that were long since refuted in other media. We Jews do not have so many friends in the gentile world that we can afford to defame them in the pursuit of political advantage.

No matter that Dr. Gorka, a prolific writer and frequent guest on television news shows, never once has uttered a word that might be construed as anti-Semitic. No matter that he is one of Israel’s staunchest friends in American public life, as he made clear in this March 3 interview and many other statements.

Such is the state of Jewish politics in the United States. While the overall Jewish vote went 71%-24% for Clinton against Trump according to the Pew Survey, polling data showed Orthodox voters favoring Trump over Clinton by a margin of 50%-21% (with the balance undecided or split among minor candidates). The “progressive” Jewish world is horrified at the victory of a boisterously pro-Israel candidate widely supported by their observant counterparts. As the Forward explained:

Liberal-leaning Jewish activists, once the backbone of communal advocacy, had been pushed aside in favor of a new elite made up of activists who are more conservative in their politics and more Orthodox in their religious practice. The new leaders representing American Jewish interests in the White House are keen to shape policy on education and religious expression and to ensure a pro-Israel stance more in line with the Netanyahu government.

After Donald Trump won the November elections, liberal organizations and media denounced Trump strategist Steve Bannon for alleged anti-Semitism. The campaign collapsed for lack of evidence; I reviewed the preceding two years’ worth of articles about Jews and Israel on Breitbart Media, where Bannon had been CEO, and found nothing remotely anti-Semitic. Along with many other Orthodox Jews who knew Bannon personally, I rejected the charges against him as a partisan invention.

After Bannon emerged unscathed from the septic spray of slander, Sebastian Gorka became the object of partisan attacks. His detractors and supporters among American Jews divide mainly along partisan lines, but not entirely so. Some Jewish journalists in the liberal camp, for example Leil Leibovitz at the Tablet, have gone to great lengths to refute the Forward’s allegations. Leibovitz asked the Forward’s editors: “Have you lost your minds?”

This is not the first time that the truth has been trampled in a partisan brawl, but the polarization in American Jewish politics has produced some bizarre behavior. The issue of anti-Semitism should not be “politicized,” as Abe Foxman, the former head of the Anti-Defamation League, urged April 30. Journalists elsewhere should take extra care to vet sensational stories about secret neo-Nazis in the White House before giving them credence.

David P. Goldman writes the “Spengler” column for Asia Times and PJ Media. His book How Civilizations Die appeared in 2011 and in Hebrew translation in 2014. He has written on Jewish religious issues for the Jewish webzine Tablet, the Torah Musings blog, the quarterly Hakirah, Jewish Action and other publications, and is a frequent contributor to Claremont Review of Books. He is also a member of the Board of Advisers of The Journal of American Affairs and formerly was a senior editor at First Things magazine.

About the Author
David P. Goldman writes the "Spengler" column for Asia Times and PJ Media. His book How Civilizations Die appeared in 2011 and in Hebrew translation in 2014. He has written on Jewish religious issues for the Jewish webzine Tablet, the Torah Musings blog, the quarterly Hakirah, Jewish Action and other publications, and is a frequent contributor to Claremont Review of Books. He is also a member of the Board of Advisers of The Journal of American Affairs and formerly was a senior editor at First Things magazine.
Related Topics
Related Posts
Comments