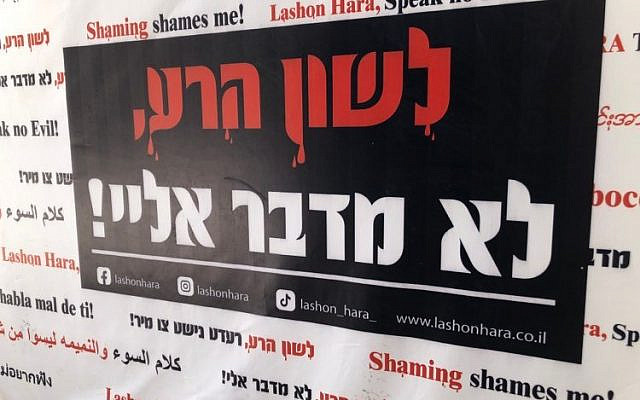 And Miriam and Aharon spoke against Moshe because of the Cushite (Ethiopian) woman whom he had married; for he had married an Ethiopian woman. They said: “Is it only to Moshe that God has spoken? Did he not also speak with us?” and God heard.

From these two verses, it is very hard to understand what they were speaking about.

Who was the Ethiopian woman? Was it Tziporah? How could it have been Tziporah? She was Midianite, not Ethiopian. If she wasn’t Ethiopian then why is she called Ethiopian? Why is the fact that he married an Ethiopian woman repeated twice? If it wasn’t Tziporah, then who was it? Did Moshe marry this woman before he married Tziporah or after? What does all of this have to do with which prophets God has spoken to?

The rabbis and commentators grapple with these questions and try to find answers, some of which may seem to be outlandish and don’t even fit the context of the story.

Rashi based on the Midrashim, Avot D’Rabi Natan and Sifri Zuta says that Moshe separated from his wife, Tziporah due to the fact that he was receiving prophecy from God.

Rashi’s comment fits with the second verse which talks about prophecy. However, we only see them mention marriage in the text, not divorce. As well, we are brought back to the fact that Tziporah was not Ethiopian. To solve that issue Rashi uses Onkelos’ translation of Cushite as beautiful rather than Ethiopian.

Rashbam, Rashi’s grandson, has a totally different take. He quotes Divrei HaYamin D’Moshe Rabbeinu, an Aggada, legend, which teaches that after Moshe left Egypt, he was a king in Ethiopia for 40 years and married an Ethiopian queen.

Rabbi Yosef Ibn Kaspi, a medieval Jewish commentator, does not agree with any of the above opinions. Tziporah is not the Ethiopian woman and Moshe did not marry an Ethiopian princess. He also doesn’t believe that Moshe separated from his wife. Rather, their complaint was that Moshe was now taking on a second wife, in addition to Tzipora.

Why do the commentators have to guess what they were talking about? Why doesn’t the Torah just tell us?

According to Nechama Leibowitz, the Torah did not wish to prohibit merely explicit gossip about our fellowmen in general and the spiritual leaders of our generation in particular. It wished to prohibit any kind of talk or gossip disparaging our fellowmen.

I was teaching this topic to a group of older adults and they were extremely bothered by the fact that the commentaries spent so much energy trying to figure out what Miriam and Aharon were really talking about. Unlike most of the general public who want every detail of gossip, my students were not concerned with the private life of Moshe or anyone else’s private lives. If only we could all be like these women who are at a level where Lashon HaRa (evil speech) does not speak to them.