Any true music lover would not like to miss Grand Finale – the end of the season concert of the Israel Chamber Orchestra tonight (27.7.2017 at 20:30) at Tel Aviv Museum of Art. For this, there are several reasons.
First, the soloists: two prominent Israeli musicians, violinist Guy Braunstein, who, before launching an independent career, for several years served as the concert master of Berlin Philharmonic Orchestra, and Amihai Grosz, the principal violist of the same orchestra, one of the world’s leading. 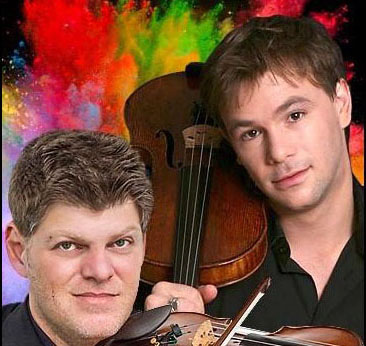 Second, the program. Mozart’s Sinfonia concertatnte for violin, viola and orchestra. Those, who are familiar with classical music, don’t need explanations, while those who still find it a bit scary should just think of the Greenaway’s Drowning by Numbers soundtrack, based on this master piece by Mozart. Same goes the Symphony #1 (“Classical”), by Prokofiev. Everybody saw this Peter and the Wolf movie with Sting as a narrator. So from 37:00 the Classical symphony starts. It’s perfectly OK.
The program also features El amor brujo, by De Falla, as well as the world premiere of Fantasia concertante by prolific local composer Yosef Bardanashvili.

Third and maybe the most important reason: the new fresh winds, which are blowing in the orchestra. ICO, one of the country’s oldest, is undergoing a process of renovation. Lately, Ariel Zuckermann, a Berlin based successful Israeli conductor, has been appointed its Artistic director. Together with Avisar Savir, a double bass player with a huge managerial experience behind her, he breathes new ideas into the orchestra, which eagerly cooperates with the maestro. New musicians have come to the orchestra, the entire approach to programming and the concert framework have changed, the orchestra appeals to new audiences, offers a new and far from unusual experience to its listeners.
And even more than that – as a gesture of appreciation to those who out of love of music are ready to abandon their air conditioned apartments, it offers a limited number of discounted tickets to a few happy owners of the 123 discount code.
Not to be missed.

Photos of Guy Braunstein and Amihai Grosz by Ofer Plesser and Dan Porges.