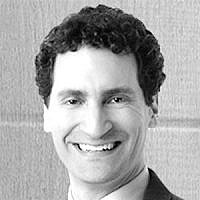 The Blogs
Steve Postal
Apply for a Blog
Please note that the posts on The Blogs are contributed by third parties. The opinions, facts and any media content in them are presented solely by the authors, and neither The Times of Israel nor its partners assume any responsibility for them. Please contact us in case of abuse. In case of abuse,
Report this post.

Pandering to the regressive mob, Mayor Bill de Blasio refused to give a straightforward answer on how New York City should treat monuments to President and General Ulysses S. Grant, which include a statue of Grant on horseback in Crown Heights, Brooklyn (standing since 1896), and Grant’s Tomb in Riverside Park, Manhattan (housing Grant’s body since 1897). De Blasio’s dithering comes in the wake of his declaring a 90-day review of “hate symbols” in New York City for ultimate removal. While he was a hero and was integral to the Union’s survival and victory in the U.S. Civil War, Grant ordered Jews to be expelled from three southern states during the Civil War.

If New York removes these “hate symbols” towards Jews, the world should follow in a logically consistent way. Perhaps through the stewardship of the infinitely wise United Nations, the world should remove the following from the face of the Earth:

Only after all of the above are destroyed, can we truly live in a world rid of “hate symbols” directed at Jews. Granted, the legacy of Judaism and the Jews would make absolutely no sense without these symbols. The destruction of these symbols would also do nothing to diminish anti-Semitism in the world. But hey, at least we’re making “progress”…

This article was originally published in the American Thinker.