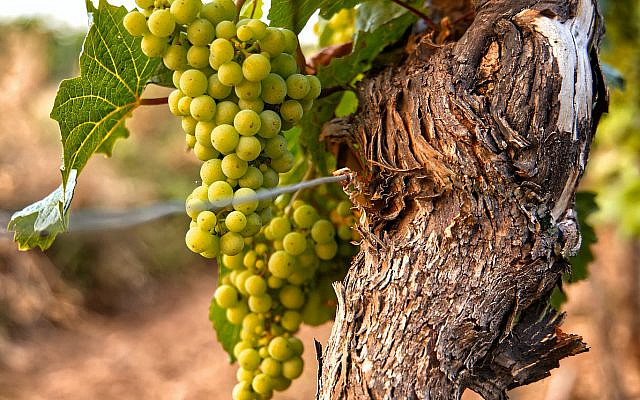 Photo by Moritz Knöringer on Unsplash.

On his deathbed, Jacob prophesied of a time when the Land of Judah will produce plentiful wine, as if a spring of wine flows from their territory. He foretold of so much wine being produced that: “He will tie his donkey to the grapevine (gefen), and his jennet to the grapevine (sorekah)” (Gen. 49:11). While the word gefen plainly refers to a grapevine, the meaning of sorekah/sorek is somewhat unclear. Another word coupled with gefen is shdeimah. On Moses’ deathbed, the prophet saw the Jews’ not-so-pleasant future as idol worshippers who might share a fate similar to the destroyed societies of Sodom and Gomorrah: “For from the grapevine (gefen) of Sodom is their grapevine, and from the shdeimot of Gomorrah” (Deut. 32:32). Rabbi Shlomo of Urbino, in his lexicon of Hebrew synonyms Ohel Moed, claims that the words gefen, sorek, and shdeimah all refer to “grapevines.” This essay explores the possibility of this trio of words functioning as synonyms, and also tries to pin down their respective etymologies and exact meanings.

The early grammarians (i.e., Menachem Ibn Saruk, Yonah Ibn Janach, and the Radak) unanimously trace the word gefen to the triliteral root GIMMEL-PEH-NUN, defined as a “grapevine.” However, Rabbi Shlomo Pappenheim of Breslau (1740-1814) — the strong proponent of biliteralism that he is — argues that the root of gefen can be traced to the biliteral root GIMMEL-PEH, whose core meaning he sees as “outward protrusion/expansion.” In that sense, the word gaf refers to the “side” of something that protrudes outwards (see Prov. 9:3), as well as to the “wing” of a bird that likewise protrudes outwards. Accordingly, Rabbi Pappenheim argues that gefen connotes the wing-like shoots and buds that protrude from a grapevine.

Other words that Rabbi Pappenheim sees as derived from the two-letter root GIMMEL-PEH include: guf (“body”), which refers to the outward, physical projection of one’s person (as opposed to his soul, which is his inner person); mageifah (“plague”), which refers to the sort of disease that “spreads out” via person-to-person contact; and agaf (“flank”), which refers to a formation of troops who spread out over a specific area (like the outstretched wings of a bird). In Modern Hebrew, agaf refers to a specific “department” within the greater structure of an organized body, such as within a government or a corporation.

By implicitly invoking the interchangeability of GIMMEL and KAF, Shoresh Yesha relates the root GIMMEL-PEH-NUN to KAF-PEH-NUN, which means “famine.” In doing so, he sees this root-word as an allusion to the Talmudic assertion that drinking wine makes a person hungry (see Pesachim 107b-108a). In other words, the very word gefen connotes this specific property of the grapevine’s foremost product.

Interestingly, in Ugaritic/Canaanite mythological texts, the gefen is deified and becomes the name of an idolatrous god named Gapnu, who was understood to be a messenger of Baal.

When it comes to the word shdeimah, not everybody agrees that this refers to a “grapevine.” For example, Rashi (to Deut. 32:32, Isa. 16:8, and Hab. 13:17) consistently explains that shdeimah denotes a field in which grains are grown. However, in explaining Deut. 32:32, Rabbeinu Bachaya (1255-1340) writes that the Torah uses a double verbiage to mean the same thing, arguing that shdeimah and gefen are actual synonyms. Indeed, Ibn Janach (Sefer HaShorashim), Ibn Ezra (to Isa. 16:8), and Radak (in Sefer HaShorashim and in his comments to Isa. 16:8) all explain shdeimah as a synonym for gefen.

Rabbi Pappenheim does not define shdeimah as specifically referring to a “grapevine,” nor does he follow Rashi in explaining this term as “grain-field.” Instead, Rabbi Pappenheim simply explains shdeimah as referring to any grounds that are especially conducive for nourishing flora. He traces this word to the biliteral root SHIN-DALET, whose core meaning is “abnormality.” Derivatives of this core root can be broken up into three groups:

One group of words includes shoded (“pirating” or “commandeering”), which involves accruing property in an unusual way or re-appropriating something for a purpose other than its normal, intended use. Another group of words derived from this root include sheid (“demon”), which is an evil spirit that is said to disrupt the natural order. Rabbi Pappenheim also includes the terms shidah and shidot (Ecc. 2:8) in this category, explaining that they refer to women who were “expert dancers,” such that they could move as swiftly as sheidim. Thirdly, Rabbi Pappenheim traces the word shad/shadaim (“nipples”) to this core root, noting the bizarre nature of the mammary glands that secrete nourishing milk as a departure from the normal function of other body parts.

Rabbi Pappenheim identifies three corollaries derived from this last meaning of the SHIN-DALET root: shod (Isa. 16:4, 60:16) and leshad (Ps. 32:4) refer to the nourishing nature of mother’s milk (also borrowed in reference to manna, see Num. 11:8); eshed (Num. 21:15) refers to the convergence of rivers in a way that mimics the convergence of the various fluids that make up human milk; and finally, shdeimah refers to a juicy “field” that provides the nourishment needed for plant growth.

Ohalei Yehuda and Shoresh Yesha argue that shdeimah actually refers to a lower-quality field, explaining the word’s etymology as a portmanteau of sadeh (“field”) and mah (“what”), and seemingly invoking the interchangeability of the letters SHIN and SIN. They also adduce the negative aspect of shdeimah by noting that the letter MEM can be interchanged with a PEH, thus associating the root SHIN-DALET-MEM with SHIN-DALET-PEH (“wind-blasted”). [A similar point is made by Ibn Janach and Radak concerning Isa. 37:27, but not all instances of shdeimah).]

Finally, the last word for “grapevine” is sorek. Targum Yonatan (to Isa. 5:2 and Jer. 2:21) translates the Hebrew word sorek into Aramaic as gafna/gefen bechira — “a choicy grapevine.” Ibn Janach (in his Sefer HaShorashim) and Radak (in his Sefer HaShorashim, as well as in his comments to Isa. 5:2, 16:8) write that sorek refers to the choicest type of grapevines, with Radak adding in the name of Rabbi Yitzchak Ibn Ghiyyat (1030-1089) that this refers to vines that yield grapes that do not have pits.

Rashi offers two more explanations of the word sorek, writing that it refers to shoots of a grapevine that are especially good for planting as trunks in their own right (Rashi to Isa. 5:2), and also writing that it refers to a grapevine’s especially long tendrils (Rashi to Gen. 49:11). Elsewhere, Rashi (to Jer. 2:21) seems to follow the approach cited earlier by explaining sorek as shoots from a “good gefen.”

An earlier explanation of sorek is proposed by Rabbi Shmuel ben Chofni Gaon (998-1034), who wrote in his commentary to Gen. 49:11 that sorek refers to the softest branches of a vineyard, noting that this is the meaning of the word al-sarik in Syrian Arabic (possibly Sirac/Syrac grapes, which are now known as Syrah/Shiraz grapes).

Menachem Ibn Saruk in Machberet Menachem defines the word sorek as sarig, possibly based on the interchangeability of the letters KUF and GIMMEL. The word sarig appears but twice in the Pentateuch (Gen. 40:10, 40:12), both when the Pharaoh’s disgraced butler dreamt of a grapevine (gefen) that had three sarigim (“tendrils”). The word is used one more time in the Bible (Yoel 1:7), and seems to be related to the root SIN-REISH-GIMMEL (used in Iyov 40:17 and Lam. 1:14), which means “entangling.” Ibn Saruk also defines shdeimah as a sorek, so go figure. Perhaps all of these different explanations of sorek are somehow actually describing the same thing. 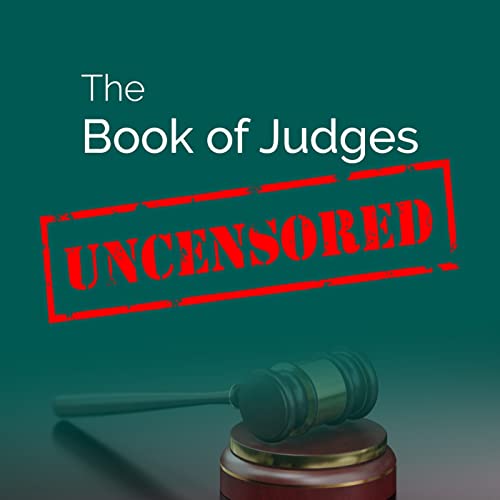 A srak tree in Mishnaic Hebrew refers to a non-fruit-bearing tree (Kilayim 6:3, 6:5, Sheviit 1:3, Sotah 8:3, Bava Batra 2:7, and Bechorot 4:8). In describing the future abundance with which the Holy Land will be blessed in Messianic times, the Talmud (Ketuvot 111b) expounds the word sorekah (spelled with an initial SIN) in Gen. 49:11 as though it were related to srak (spelled with an initial SAMECH). A literal reading of the Talmud as it is appears before us reads that in the future, even non-fruit-bearing trees in the Holy Land will yet bear fruit. But this has seemingly nothing to do with grapevines, so why is this related to the word sorekah?

Rabbi Shmuel Eidels (1555-1631), better known as the Maharsha, explains that in this case the rabbis expounded on the word sorek as though it were spelled with a SAMECH in an allusion to a srak tree, even though he concedes that the simple reading of the verse that the Talmud expounds speaks about grapevines, not other types of trees. Alternatively, Rashi’s son-in-law Rivan (there, see also Shitta Mekubetzet there in the name of Rashi) explains the Talmud as saying that even grapevines that would otherwise be considered “barren” will still yield a plentitude of grapes.