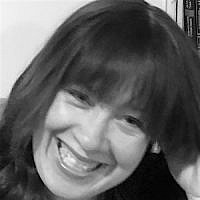 The Blogs
Esti Rosen Snukal
Apply for a Blog
Advertisement
Please note that the posts on The Blogs are contributed by third parties. The opinions, facts and any media content in them are presented solely by the authors, and neither The Times of Israel nor its partners assume any responsibility for them. Please contact us in case of abuse. In case of abuse,
Report this post.

Sometimes our best and most memorable experiences are the ones we never expected, the ones we just never saw coming.

I definitely have had my share of surreal surprises.

In my wildest dreams I never expected that I would be the mom of only boys.

So much so that with our first son, Ezra, I hadn’t even contemplated planning a brit. I was all ready to throw a positively perfect pink party and get my girlie glitz on, until baby boy blue appeared on the scene. And so did the next. And the next. After boy three I assured my husband that the next one would most definitely be a girl. This time I was sure. The other three I was almost sure. But this one I was mostly sure, practically positive, that it was very likely it would be a girl. Boy, did God have a good belly laugh. He was probably thinking either this one can’t do math, or she has trouble getting my message. Boys, hun. You are meant to have boys. Which actually is a pretty funny punch line considering that I spent so much of my formative years with boys on the brain. Boys-on-the-brain.

Be careful what you wish for…

Truthfully, I’m actually pretty good at this all-boy thing. It took me a bit to figure that out. But now I do get it. Although not everyone does. People who have children of the same gender, you understand me. We get strange questions. “Wait, so you don’t have a girl/boy?” I like to throw people a bit and say I have two boys then I have a boy, and then I have another boy. Either people chuckle or they respond with pitiful questions like, “So will you try again?” Apparently that’s a normal question to ask someone you see at the deli counter. But the Oscar award of crazy comments goes to a mom who upon hearing that I had all boys gasped, “Oh, I can’t even imagine not having my daughter.” As if my boy brood threatened the very existence of her daughter. Wow, who knew my boys had such super powers? (Well, I did, but I have a bit of nepotism.) I just bit my tongue and filed that comment under Really Strange Stuff People Say and moved my blue bundle right along.

Even with four boys in tow and a house that I nicknamed Testosterone Town, I never in my wildest dreams expected that I would get a dog.

As a child I couldn’t even take care of goldfish, many of whom met their grim fate in the bleak abyss that was our toilet bowl. One even jumped out of the tank perched high atop our built-in bookcase, as if it was thinking: “You know, I’m gonna take my chances on that hardwood floor. How bad can it be?” Poor fish.

I remember when I told my good friend Renee that I was making aliyah. After an emotional exchange she turned to me and said, “You know, if you make aliyah you are either going to get a dog or have a baby.” Apparently it’s in the Nefesh B’ Nefesh handbook or something. I laughed and told her that was some strange Jewish made-up rumor. As I am writing this, my little Havanese puppy is lying curled up at my feet.

Truth is, I blame myself.

And by myself I mean my best friend Shera, who knew the way to my dog heart was through literature and my love for the written word. Shera sent me book after book, story after story, about, you guessed it, dogs. With each book I became more and more convinced that our family of six needed a furry, four-legged creature in our lives.

Enter the chapter in our life that I refer to as Dog for a Day.

Therapy Dog turned out to be super big, super shaggy and super not-so-trained, as it ate off the kitchen counters, paws and all (read: gross). And Therapy Dog drooled and dripped everywhere. Which did wonders for my OCD tendencies. When I complained to my husband about the drools and the drips he said, yup, that’s what most big dogs do. It was then that I realized: I made a Therapy Dog colossal-sized mistake.

Therapy Dog almost made me need to go into therapy.

And so, I made the very hard decision to return Therapy Dog to his original owners before our kids became overly attached and while Therapy Dog was still itching to get back to his old home (or at least that’s why I think he kept itching…).

The chapter called Dog for a Day ends with husband being incredibly supportive of his wife’s lunacy. Our oldest two kids crying for a couple of days. Our younger two kids shrugging and forgetting by dinner. And Therapy Dog bolting from our van into his old yard. End scene. Roll credits.

I knew, though, that there would be a time that the right dog would come into our lives and that Dog For A Day just wasn’t the last chapter in this story.

About a year later I got a call from someone in Modiin who was selling their 4-month-old Havanese puppy they bought from a breeder.

Enter the chapter in our lives I like to call “Ruby.”

Ruby is small and sweet and can’t eat off the counters (read: yay). She doesn’t drool or shed, which does wonders for my OCD tendencies. But most importantly, Ruby gives us more unconditional love than I ever thought possible. Ruby isn’t trained as a therapy dog, but I don’t think anyone ever really told her that.

While getting a dog was incredibly unexpected, the greatest surprise for me came seven years ago this summer on El Al flight 613 (OK, that wasn’t the flight number but it does sound perfect, like a great Journeys aliyah song).

Marking a special anniversary of KKL and enough Nefesh B’Nefesh live footage to make you cry like you never thought humanly possible at 3 a.m.

But the real truth, and this stays between us: I never, ever truly expected to be living in Israel.

Granted, I talked the talk. I threw out words like… “one day” and “some day,” sprinkled with some “very soon”s and “can’t wait when”s.

But in my heart of hearts I didn’t think I had the courage to do it.

I just couldn’t picture leaving the safety of my safety net.

Yes, I ticked off all the right boxes.

It didn’t help that my husband and I couldn’t get our aliyah readiness synchronized. When one was ready the other was completely not. And vice versa.

But that all started to shift the summer I followed my sister and her family to Israel after they made aliyah. I called it a trial trip. A let’s-see-if-we-really-have-what-it-takes-to-make-this-happen-trip. I was pretty skeptical that our four boys would even warm up to the idea.

It was a very successful trip.

For my husband, his “aha” moment came on the rolling desert hills by Maale Adumim. Our guide was trying to show us the rigorous route the kohen gadol took from Jerusalem on Yom Kippur with his two goats in tow. He pointed to the rocky edges where one goat may have met his fate on behalf of the Jewish people and took us to ancient caves where the kohen may also have rested from the intense desert heat. It was on those quiet, sandy dunes that dipped and stretched beyond a pink sunset kissed on the horizon that my husband felt his connection click and found his aliyah answer.

All I wanted as a mom was to have some kind of clarity that our kids would be OK if we moved. Just a little clarity. Is that too much to ask for? My answer came from my son Kobi, who at the time was 5 years old. Five years old, but man, I swear he had the soul of a wise sage. So much so that we started to coin his deep remarks as Kobi-isms. Kobi was always very even-keeled and pretty low maintenance. But on the ride to the airport when we were leaving, he had a massive Jekyll and Hyde breakdown and completely fell apart. Nothing like we had ever witnessed from this normally calm child. His insane wailing continued even after we parked our van and took out our luggage. Finally, after much effort from both my sister and me, we managed to calm him down enough that he was able to string some words together. And through gulps and gasps he looked at me with his piercing blue eyes and rosy tear-stained cheeks and cried, “Mommy, how can you take me somewhere so special and make me leave it?”

With the soul of a wise sage.

I never, ever expected to really make aliyah.

Never expected to see my eldest son, Ezra, salute his commander in the IDF, or watch my son Shami run to his Magen David Adom ambulance shift late in the evening hours. Never expected to give rides to complete strangers at the side of the road, and then get blessed from them as they leave my car.

Never expected to fail so many times in a language that still doesn’t feel as comfortable as my mother tongue. But then pick myself up and try yet again.

I never expected to be a voice for lone soldiers.

And to open my home to strangers who have become family.

Never expected to be writing to you over there about my experiences on living over here.

I never expected to feel so connected to something so much bigger than any of us.

Never expected that just 14 words from a 5-year-old child could help propel a new life in motion on the other side of the world.

Never expected any of it.

Because sometimes our best and most memorable experiences are the ones we least expected.

The ones we just never saw coming.

Maybe these are our Greatest Expectations.

Originally published in The Jewish Link.

About the Author
Esti Rosen Snukal is a writer for the Jewish Link of New Jersey. She made Aliya with her husband and four sons on July 12, 2012 to Chashmonayim. Esti is also the adopted mom to a lone soldier from Highland Park NJ and an active volunteer at the Lone Soldier Center in Memory of Michael Levin.
Related Topics
Related Posts
Comments