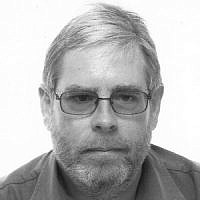 The Blogs
Donald Rich
Apply for a Blog
Advertisement
Please note that the posts on The Blogs are contributed by third parties. The opinions, facts and any media content in them are presented solely by the authors, and neither The Times of Israel nor its partners assume any responsibility for them. Please contact us in case of abuse. In case of abuse,
Report this post.

In one of those coincidences that can make life interesting, I saw two related articles today: one in the Wall Street Journal, and one online.

The Wall Street Journal article, “Obama’s Wind-Energy Lobby Gets Blown Away”, an Opinion piece by Robert Bryce, describes how a U.S. Federal Judge disallowed granting permits that would give wind power companies the right to lawfully kill birds including Bald and Golden Eagles for up to 30 years.  Wind turbines kill at least 573,000 birds and 880,000 bats each year (as of 2013), thus the impact of “clean energy” on bird populations is substantial.

Now that the 30 year permits are disallowed, I presume that the wind energy companies will have to rely on the previously available permits allowing bird kills for only 5 years at a time.

The second article, “Greenpeace IT chief puts pressure on AWS”, appeared on the CIO business news web site. This article describes how Andrew Hatton, Greenpeace Head of IT, is pushing Amazon to use only renewable energy.  In this article, he is quoted as saying, “Without knowing the details of Amazon’s energy footprint, it’s difficult for customers to take its recent commitment to 100% renewable energy seriously. Amazon is one of the last large IT companies not to disclose any information about its energy use or carbon footprint.”

The sum of these articles is that Greenpeace is promoting the killing of birds and bats, including Bald and Golden Eagles.

P.S.: Facebook has committed to powering its new data center in Fort Worth Texas with wind energy (its Iowa data center is already fully wind powered), so Facebook use also contributes to bird and bat kills.