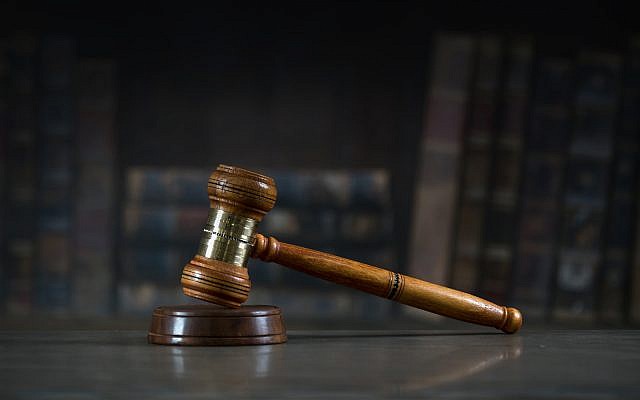 The judicial system is the main actor in the Israeli drama today; we are overdosing on litigation. Some see the court as a needle of an ethical and moral compass that serves a society at risk of losing its way; or as the Dutch boy with his finger in the dike to ward off the menace of a post-liberal flood. Others see it as an arrogant clique that has overstepped the boundaries of its authority and is attempting to force universalist values, imported from abroad, on Israeli society.

Israel’s excessive treatment of everything as a judicial matter reflects the fact that other mechanisms – the marketplace of ideas, civil society, the political system – have proven inadequate to still the din of Israeli discord, and the courts have replaced them by ruling in favor of one side or the other. Those who support the system see it as playing the role of the “responsible adult” that has no choice and must pull the national chestnuts out of the fire of disputes; its critics interpret its unrestrained involvement as an unfair and imperialist maneuver that sidesteps the representative bodies and seeks to determine the results of the Israeli culture war.

Yom Kippur, the Jewish Day of Atonement offers another avenue for dealing with the tumultuous discord. Unlike the law, in which proceedings are aimed at reaching a decision in favor of one of the contending parties – appellant and respondent, or plaintiff and defendant – and sometimes between the two poles of “guilt” and “innocence”, Yom Kippur presents a third possibility: “responsibility.” Those who stand before God in prayer do not demand anything of others and do not assume that they are innocent until proven guilty; quite the contrary. On Yom Kippur they make an all-encompassing, harsh, and unconditional confession: “I have sinned, I have transgressed, and I have gone astray.” It is clear that from a legal point of view, these charges are false. Did each of us really commit the entire long list of depraved acts that appear in alphabetical order every year in the vidui, the confessional catalogue?! According to legal logic, if I am not guilty I am innocent; so why must I make this confession?

Yom Kippur deals with something deeper than the casting of blame; it deals with the question of responsibility. On Yom Kippur, each of us conducts his/her own trial before God. This process is designed to be, an intensive and sincere internal investigation. With faith, humility, and hope, we submit to God our own findings about the extent of our responsibility. There is clearly a fundamental and substantive difference between the liberal Israeli legal system, which deals with guilt and innocence, and traditional Jewish law, which deals with responsibility that is not a function of guilt.

“Guilt” is imposed on the individual from the outside. An individual must adhere to norms stipulated by law, and the determination of guilt is left to an outside and objective entity – the courts. The court’s ruling depends on external factors such as the formal rules of legal procedure, the professional capabilities of the attorneys, and the judge’s discretion. By contrast, “responsibility” is an internal commitment that the individual takes upon him/herself. The voice of responsibility is the voice of conscience – an expression of self-criticism – which makes no confrontational claims against any other party. The standard according to which one must behave is a matter of choice; the decision is a private matter, coming from deep in one’s heart, and not subject to external influences.

And now from the individual to the collective: On Yom Kippur, we all make personal confessions and beat our breast. When we confess, however, we do so not as isolated individuals, but rather as a part of the Jewish identity group, to which we have a meaningful affiliation. It is no coincidence that the vidui is in the first-person plural: “Ashamnu, bagadnu, gazalnu” – “We have transgressed, we have betrayed, we have stolen.” In the vidui, the “I” takes responsibility not only for him or herself as an individual, but also for the entire identity group and community to which we belong.

What’s new in our generation is the fact that our affinity group takes the form of a Jewish nation-state. This means that the discourse of responsibility that characterizes Jewish law and Yom Kippur must extend to the sovereign space. Israeli society cannot wallow in its disputes while relying exclusively on the guilt-innocence dichotomy that characterizes the Israeli legal system. Instead of the arm-wrestling by the tribes, in the shade of the legal system, our Jewishness offers us a discourse of responsibility and conscience. The excessive judicialization and background noise muffle the opportunity – for both the individual and society as a whole – to focus and act, based on our inner voice, the voice of responsibility.