Italian-born Giordana Grego, who moved to Israel 12 years ago, dreamed of running her own company, though she wasn’t quite sure how to go about it.

“I didn’t want to go back to doing regular work, but I lacked the confidence and tools to open a business, especially in Israel,” recalled the founder of BalaBoosta, a Tel Aviv concierge and property management firm. “After I had my third daughter, I was on Facebook and read about Gvahim’s programs. That’s how BalaBoosta was born.”

University of Pennsylvania graduate Meir Dardashti moved to Israel three years ago with his wife, armed with a degree in Arabic and the desire to work at a think tank.

“When I got here, I realized I wanted to do something with innovation, so I started networking,” Dardashti said. “People were very willing to meet, but they all had the same message: you can make aliyah or you can switch fields, but you can’t do both.”

Determined to succeed, Dardashti prepped intensely for his first job interview. He thought he was well prepared­—until the interviewer shocked the young man with his first question: who did you vote for in the last election?

“At one point, I was delusional. The first organization that said to me ‘you’re not the crazy one’ was Gvahim,” he recalled with gratitude. “Today, I work at a small consulting company. We advise corporations and universities around the world how to build innovation ecosystems based on what we’re doing here in Israel.” 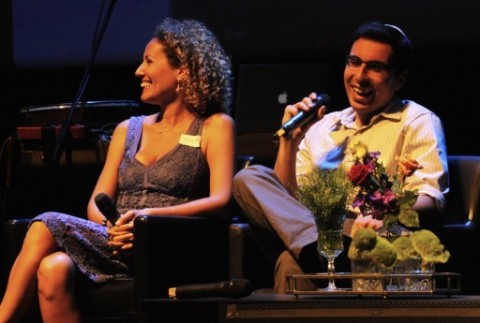 Yet success certainly didn’t come easy for either Gvahim program graduate. Said Greco: “I don’t think I would have had the courage to do it without Gvahim.”

Both were honored June 4 at the nonprofit organization’s 10th anniversary party—a networking event, reception and concert at Tel Aviv University that attracted more than 700 people including retired Lt. Gen. Gaby Ashkenazi, former chief of the general staff of the Israel Defense Forces; MK Oded Forer, former director-general of the Ministry of Immigration and Absorption; MK Eli Alaluf, former director-general of the Rashi Foundation; and Yair Shamir, chairman and co-founder of Gvahim.

“Every year, thousands of very capable olim pack their bags, leave their family and friends behind and come to Israel. These olim are a huge gift for Israel. They bring with them quality education, strong skills and valuable work experience,” Moshe Mor, founding partner of Greylock Israel and Gvahim’s chairman of the board, said in his welcoming remarks.

“Israel, with its rapid growth, low unemployment and export-oriented economy, is in desperate need of those skills—so you would think this olim would be grabbed up and hired the moment they set foot in Israel,” he continued. “But obviously, the reality is different. Very often, they don’t know how to do an effective job search, and employers don’t know how and where to look for them. This is where Gvahim comes into play. We help olim and employers come together.” 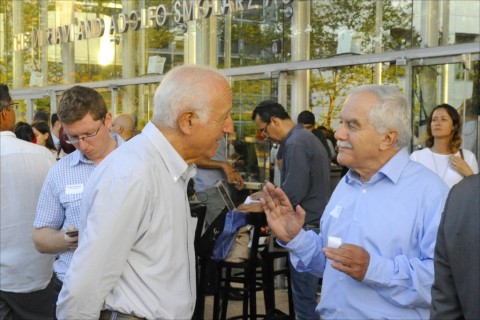 Yair Shamir, at right, is the chairman and co-founder of Gvahim, which on June 4 celebrated its 10th anniversary. Photo: Larry Luxner

Gvahim also encourages new immigrants to set up their own businesses through of its accelerator programs, TheHive, or its new sister program, TheNest.

Looking at the numbers, Gvahim has certainly been a success in its 10 years of existence—growing from just 15 participants in 2006 to 800 last year. To date, Gvahim has helped 3,000 new immigrants from 60 countries of origin. It boasts a 91% success rate in the career program and has 650 partnering companies and 700 mentors. Startups established through TheHive have raised $20 million in capital, while TheNest has created 250 jobs.

Gali Shahar, CEO of Gvahim, said about 30,000 immigrants arrive in Israel every year; about a third of them have at least one college degree.

“We want to be able to help more people within that range,” she noted, predicting that by 2020, Gvahim expects to reach 3,000 highly skilled olim annually.

At present, 40% of Gvahim’s participants come from the United States, Canada, Great Britain, South Africa, Australia, New Zealand and other English-speaking countries. Another 38% are French, while 17% come from Russia, Ukraine and other former Soviet republics. The remaining 5% come from Latin America and elsewhere. 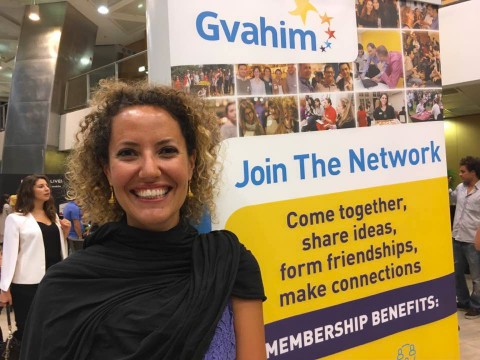 “Making aliyah is one of the hardest challenges one can make in a lifetime,” Shahar told her guests. “Your enthusiasm and motivation is what fills me with hope that change is possible. It is our responsibility as a civil society to ensure that Israel will always be the best place for our citizens. We are so privileged to have you here in Israel.”

Interviewed after the event, Shahar said Gvahim currently has 23 employees at offices in Tel Aviv, Jerusalem and Ashdod, with additional programs in Haifa.

Yet the Israeli government funds only 5% of Gvahim’s 2017 budget of 9 million shekels; another 5% comes from the municipalities where Gvahim operates. The remaining 90% comes from corporate and private donations.

“We invest in the best professional people, but if we offered it for free, people wouldn’t take it seriously,” she said, adding that charging its participants 10% of the actual cost makes them feel more invested in their own job search.

“Here in Israel, people like to complain,” Shahar told me. “When I decided to go back to Israel after eight years in Canada, I called my friends and told them I was coming. They told me, ‘stay in Canada, there are no jobs here.’ But that’s not true. We have quite a few job openings we need skilled people to fill.”

The problem, she said, is that new immigrants don’t know how to find them. 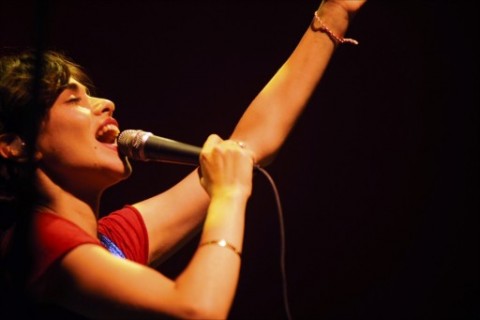 “You really have to change the way you look at things,” she explained. “You have to change the way you present yourself, the way you talk to people. For example, European olim are very modest, and for them it’s not polite to sit in a job interview and brag about yourself. But in Israel, if you don’t sell yourself, they’ll think something’s wrong with you. So we teach olim how to ‘speak Israeli’—and we actually bring in industry executives to help prep them.”

However, an even more basic requirement is that olim know some Hebrew.

“You canot find a job in Israel if you don’t speak Hebrew at all,” she warned. “Even if you work at a global company where English is spoken as an official language, you have to know a little Hebrew, at least to be able to read your contract. For us, learning Hebrew is a sign how serious people are about staying in Israel. If you refuse to learn the language, you will not last here.”

Asked to offer the audience “one tip to those people out there who need a hand to guide them,” Greco—the one-time immigrant from Italy—borrowed the Nike slogan.

“Just do it,” she said. “Don’t think about it. Do it all the way, do it well and usually you’ll get rewarded. You already jumped in when you moved to Israel.”

Added Dardashti: “My advice is, never turn down a cup of coffee. What ended up working for me was not a formal interview. It’s the informal conversations that count.”