I will be fasting tomorrow, to mourn a tragedy I experienced last week. You, quite possibly, experienced it too and if you are a person who observes fast days, you might wish to fast as well. Alternatively, if fasting is hard for you, you could redeem your fast by giving tzedakah.

Many of us cannot forget the iconic moment, in 1987, when Ronald Reagan standing in front of the Berlin Wall, demanded that it be taken down. “Mr. Gorbachev” he famously declared,” tear down this wall!” 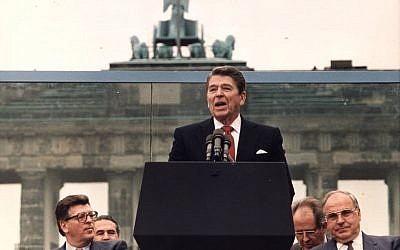 The Wall did serve a purpose for a while. It was the concrete manifestation of a genuine political and philosophical divide which existed between East and West Germany. But, by the time President Reagan stood there, that division was steadily disappearing. East and West were ready to be conjoined. The concrete slab was destined to become  a relic, symbolizing a division which no longer held sway.

In fact, at that point, everybody, most probably, knew that the wall had to go, but someone had to say it and shake people out of their collective lethargy. Ultimately, Reagan gave voice to a reality which was staring us in the eye.

A tragic event occurred in Jerusalem last week and its aftermath highlighted to me how much 21st century halakha is due for its own Reagan moment. Jewish law needs someone who is willing to tear down the imaginary wall which, in people’s minds, separates the virtual from the real, whereby virtual experiences have no standing whatsoever in the eyes of halakha. Only physical experiences matter.

Like the Berlin wall, such a separation made sense once upon a time. Today, such a distinction no longer jives with our experienced reality. Last week’s event made it clear that this division needs to be abolished.

Hooligans broke into a synagogue in Jerusalem on Monday and desecrated the Torah scrolls. Not surprisingly, soon after the harrowing vandalism was discovered a picture of the carnage was posted on the web. It zoomed across the globe, spreading faster than the speed of light. The image was  a virtual punch in the gut. 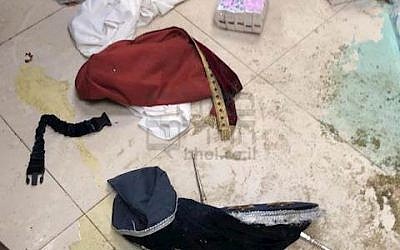 In mourning for this religiously jarring experience, Israeli rabbis declared tomorrow (2/4) a communal fast-day. People who witnessed the desecration were encouraged to either fast, or, in lieu of fasting, redeem their fast monetarily, by giving to charity the amount equivalent to how much they would have spent on food that day.

The suggestion was made to the Jerusalemites who actually saw the desecrated scrolls but not to those who experienced it virtually.

Such a distinction, in my opinion, is no longer defensible, a relic of a time when the virtual was less true than the “real.”

Today, that is no longer the case, especially for the younger generation, the “virtual natives.” Most of their lives are spent in a virtual universe. That is where they experience “real” life. It is where they “meet” friends, do homework, look for love and sometimes even fall out of love.  For halakha to still maintain this distinction whereby virtual experiences are deemed inferior than that which we experience in the physical world, is outdated and incompatible with our contemporary reality.

We need someone like Reagan, in the halakhic realm, who is willing to boldly pronounce the obvious: that it is time to tear down the wall which separates virtual reality from physical reality. It will eventually come down, we might as well tear it down now; be proactive rather than reactive.

The experience of seeing Judaism’s holiest text degraded and profaned was no-less jarring for those who witnessed it on the web than for those who saw it physically.

If fasting and repentance is the proper halakhic response to such a tragic encounter, it should apply equally to those who encountered the profanation physically, and those who experienced it minutes later virtually.

I will consequently fast tomorrow so that the harrowing experience of “seeing” the sifrei torah desecrated can be utilized as an opportunity for self-reflection.  If you too saw those images, will you join me?

About the Author
Rabbi Ysoscher Katz is the Senior Rabbi of PHS, a Modern Orthodox congregation in Prospect Heights, Brooklyn, and Chair of the Talmud department at Yeshivat Chovevei Torah. He received ordination in 1986 from Rabbi Yechezkel Roth, dayan of UTA Satmer. Rabbi Katz studied in Brisk and in Yeshivat Beit Yosef, Navaradok for more ten years, and is a graduate of the HaSha'ar Program for Jewish Educators, Rabbi Katz taught at the Ma'ayanot Yeshiva High School for Girls and SAR High School, and gave a popular daf yomi class in Brooklyn for more than eight years.
Comments